Over the past year, we’ve seen a lot of auto manufacturers recall their vehicles for a variety of reasons. Each time we’ve seen a car recalled, we are left to wonder whether the car we once loved is really safe.

Of course, most recalled cars end up back on the roads after necessary repairs, but does this mean it’s a good idea to purchase one? Let’s take a look at whether it’s smart to take out a loan on a vehicle after it’s been a part of an auto recall.

The Nature of an Auto Recall

A manufacturer recall on autos is similar to any product recall. The maker of the vehicle is requesting a return of a product, usually after the discovery of one or more safety issues. Conducting the recall limits the liability for corporate negligence, while at the same gives the company a chance to improve their image and fix whatever issues the product has.

Since recalls are very costly, they only occur when it is apparent that major problems exist that need to be addressed immediately. In the case of auto recalls, sometimes thousands–or even millions–of cars may be recalled voluntarily or through the requirement of the National Highway Traffic Safety Administration (NHTSA).

When an auto maker realizes that it must recall a vehicle, these are the steps that are typically taken:

The process is normally streamlined and works in a way that will ensure the vehicle has no additional troubles until it’s repaired.

Cars That Have Seen Recent Recalls

A number of cars have been recalled in recent months. Here is just a short list of some of the recalls we’ve seen:

There is no doubt that a large number of cars have seen recalls this year alone, but while some have already been put back on the road, does this mean you should buy one?

Should You Purchase a Recalled Car?

During the time a vehicle is recalled, the manufacturer is usually under a legal obligation to stop making and selling those vehicles, as determined by the National Highway Traffic Safety Administration. So if you are interested in a vehicle in a recall stage, you may not be allowed to purchase it at all.

What about when the car is deemed safe and ready again to be driven on the roads again, however? If you are interested in a previously-recalled vehicle that is now considered safe, here are a few tips to think about before committing to any auto loans:

There is no rule that says you cannot purchase a car after it’s been recalled. Once the issue has been fixed, it pretty much falls into the same category with all other vehicles that have been produced on mass assembly lines and have the potential for problems.

So if you feel comfortable with the idea, then it probably doesn’t hurt to purchase a recalled car. Just be sure you know all of the risks you could be facing if you do. 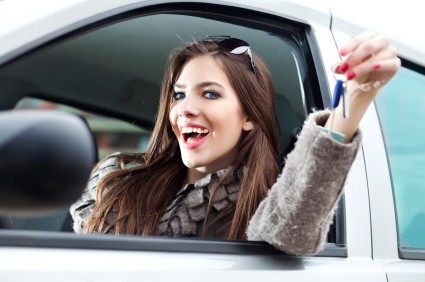 GOBankingRates > Saving Money > Car > Is it Safe to Purchase a Recalled Car?