When talking to my friends about taking a cruise, many of them expressed that they thought cruises were too expensive. I disagree. If planned well, a cruise is similar to taking an all-inclusive vacation because your lodging, food and beverages and basic entertainment are included in the price.

That said, my friends’ worries about the price were understandable. Even with my positive feelings about cruises, on a recent trip, I managed to make several costly mistakes. That’s why I’m sharing my mistakes — so you can avoid them and get the most out of what is truly a great vacation method.

1. I Picked an Unusual Departure Port

I admit I fell head over heels over a Southern Caribbean itinerary. I was entranced by all the fabulous islands featured. And, that’s probably why I didn’t think through my departure port.

My departure ports for previous cruises had been in Florida or Texas. Either I had driven to them or had multiple choices of airports nearby to fly into, so travel had been affordable. Unfortunately, Southern Caribbean cruises depart from San Juan, Puerto Rico — a pricey departure city. This meant I had to really watch fares for flights in order to find an affordable one there — a risky move.

You can avoid this issue by choosing a cruise that departs from a less expensive city. Departures from one of the southern Florida ports, for instance, allow you to select flights into Ft. Lauderdale or Miami. Likewise, a European departure port might give you several options for nearby airports, allowing you to pick a less expensive flight.

2.  I Overpaid for the Hotel the Night Before Sailing

If I’m flying into the departure city for a cruise, I always plan to spend the night before in that city. For me, avoiding the added stress that a same-day flight creates is worth the extra expense. Consequently, I needed a hotel room.

I hadn’t realized how expensive one in San Juan could be. And, of course, I wanted to stay in the middle of old San Juan, which added to the expense. Hotels in that area know that cruises depart on Saturdays and Sundays, so the prices of rooms are not heavily discounted on weekends.

Avoid this issue by planning well in advance in order to book a decent Airbnb or other lodging option.

This was my first time on a Freedom-class ship on Royal Caribbean. My previous sailings have all been on the smaller Vision-class ships. What I noticed was that with bigger ships come more temptations. On the Freedom of the Seas, for example, in addition to the usual activities I’ve come to expect, guests could join a mystery dinner on the last night for $75 or take a cupcake-decorating class for $22. It’s hard saving money when there are so many great things going on.

Avoid this issue by setting a budget, knowing what you’re willing to spend on certain activities. Alternatively, make a plan to avoid these activities by doing something similar in your hometown.

Read More: The Best and Worst US Vacation Cities for Your Wallet

4.  I Had No Budget for Shore Excursions or a Plan on How Much to Spend at Each Port

I didn’t realize how strong my fear of missing out would be. My original plan was for us to explore the ports on our own, either by walking around or taking cabs or buses. Having no point of reference, I simply didn’t make a plan.

As the cruise date approached, I worried that I would miss out on seeing an important sight and booked excursions. While I did reserve my tours through discounters or directly through tour companies, I didn’t set a budget or cap how much I would spend while onshore. To be fair, I also avoided eating while onshore, which saved money, but the tours ended up adding to the overall cost of my vacation.

Avoid this issue by including a daily spending limit for your excursions. There are several websites where other passengers describe both what they did and how much it cost them to help you plan.

5.  I Let the Pressure of Making a Fast Decision Influence an Expensive Purchase

I always attend all of the shopping talks, but that is so I can get free items. I’m not a huge jewelry purchaser. But in St. Kitts, instead of just running into the Effy jewelry store to get my free pendant, I made the mistake of looking at the cases. And there it was: a beautiful morganite ring. I’d admired similar rings on Pinterest for months. With our ship departing in 15 minutes, I caved.

Don’t get me wrong — I love my ring. But I don’t usually buy expensive things without really thinking about it and comparing prices.

You can avoid this type of temptation by leaving your credit card in the cabin’s safe.

That one-week trip ended up costing a bit more than I had anticipated. But each trip is a learning opportunity about how to spend money. On this cruise, I learned that I’m perfectly happy with an inside cabin. We were rarely in the room and our Deck 2 location helped with my motion sickness. On the other hand, I still value experiences, so I learned that I’m willing to spend a bit more on excursions that are memorable. You live, you learn — now it’s your.

Click through to read more about how one woman scored an outrageously cheap Christmas cruise. 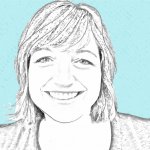 Raised as a third culture kid, Annick Lenoir-Peek (Annick rhymes with “peek”) caught the travel bug early. Annick has been featured in a legal trade publication and wrote a chapter in a book published by the American Bar Association. She has presented information at over 30 conferences. She’s also appeared on “The State of Things,” a local Durham radio show. Her writing can also be read at Best of the Bull. 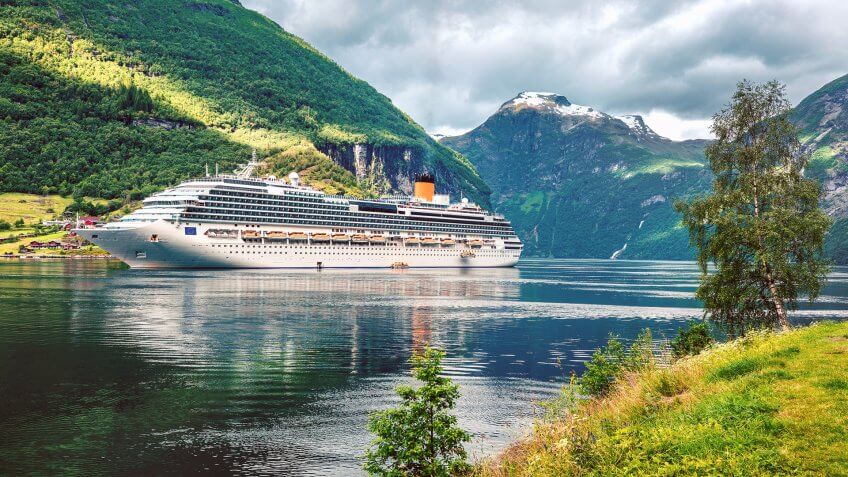