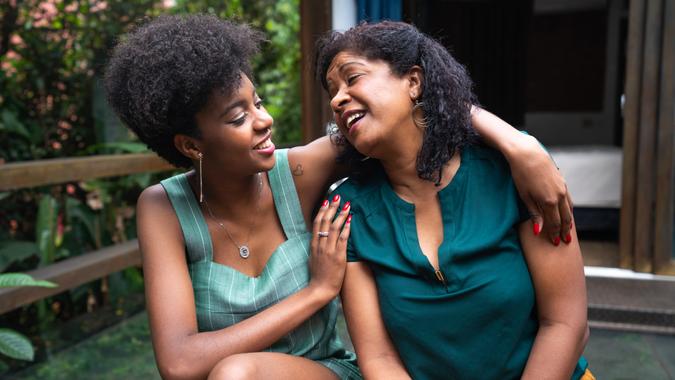 The moment your child is ready to go off to college is a big, exciting and also nerve-wracking time in a family’s life.

Dive In: 9 Bills You Should Never Put on Autopay
Cash App Borrow: How To Borrow Money on Cash App

While most families want their children to go to college, parents and kids may come to conflict over different aspects of the process — a student might want to go out of state, while the parents want them to stay in state. Or a student may have their sights set on a pricey school that the parents aren’t sure they can afford. Students may clash with their parents’ anxieties and financial limits, but that doesn’t have to be the end of the discussion.

Here we look at ways to solve some of these problems before they occur, making the college process financially feasible for everyone.

No matter how badly you want your child to pursue their dreams, if you can’t afford to send them to the school of their choice, there’s really not even any point in discussing it.

“One of the biggest determining factors is whether the parents actually have the money,” said Kevin Ladd, COO of Scholarships.com. “Some students get financial help, but many don’t have the luxury of going to a school that costs a lot of money,” he said.

“Without clear expectations, someone ends up crying,” said Jack Wang, a college aid strategist and wealth advisor with the Innovative Advisory Group.

This will help narrow down the options and paint a clearer picture of what is possible. Wang also recommends that parents and students agree on “the ultimate outcome,” whether that be to go to graduate school or just get a job after graduating college. “Everyone has different definitions of good, so agreement on that is critical,” he said.

Don’t be tempted to just “look” at schools out of budget, either, cautions Joe Orsolini, financial aid expert and president of College Aid Planners. “Too often parents let the kids pick schools and then try to figure out how to pay for it after the fact. That never works out well. The easy way to avoid the kids falling in love with these schools is not to visit them.”

Have Your Child Do a Self-Assessment

As part of opening the door to a smooth conversation, Tamika Thomas, client service manager with My College Planning Team, recommends parents ask their kids to do a self-assessment “to ensure that they know why they want to go to college, what they want to do, and how college will help them do it.” She said students must also be honest with themselves about what kind of learning environment and circumstances will enable to them be successful.

But parents have to give a little, too, Thomas adds. “At the end of the day, it is the student that will be attending college, so the student needs to have some room to choose what is best for them without the parent dictating the decision based on their own desires or what they think is best.”

Ladd said that kids will inevitably buck against their parents’ desires, so instead of having “knock down, door slamming arguments” remember that there are better ways to get things across, such as doing a pros and cons list.

He said it’s never too early to start having your kids thinking about their college plans. “If they understand and feel it’s a conversation instead of being bullied into something they don’t want, it’s a better outcome.”

A common myth about colleges is that well-known names and higher-priced universities somehow offer a better education. Ladd disagrees. “There are more than 4,000 colleges in the U.S. and a few of them cost over $40,000 per year. I don’t believe the quality of the education of a $200,000 bachelor’s degree is that much better than a $50,000 bachelor’s degree.”

Steve Morrow, co-founder of Paddle About, encouraged his son to do just that. His son graduated high school in May 2021 and will attend Mesa Community College instead of a four-year college immediately. Where they live, a Presidential Scholarship is available to students who maintain a 3.25 GPA and take one honors class per semester. In return, the student receives up to four semesters and 15 credit hours per semester for free.

“We opted to go this route rather than pay tens of thousands of dollars for the first two years of a four-year university,” Morrow said.

Before making any kind of decision, it’s important to get accurate information, Thomas said: “Take a step back and look at all of the facts.” She urges parents not to rely on information they’ve heard someone else say, but to “make sure the option you are choosing is based on facts and not emotion and misinformation.”

For example, parents often do not want to send their students to an out-of-state school, assuming higher tuition. But, Thomas said, “there are colleges that have tuition exchange or reciprocity programs wherein they charge residents from surrounding states the same tuition as residents within the state.” She urges families to look for colleges that offer such programs.

Speak To a College Admissions Professional

If drilling down to the right colleges feels overwhelming, Thomas recommends families consider getting help from a college admissions professional. “Seek advice and guidance from an impartial third party that is knowledgeable about the college process. This is an emotional process and you need someone that is not so emotionally–and financially–involved in the decision.”

Ultimately, she said, “Compromise is key. There is almost always a way for both parties to get at least some of the things that they want if they are willing to compromise.”