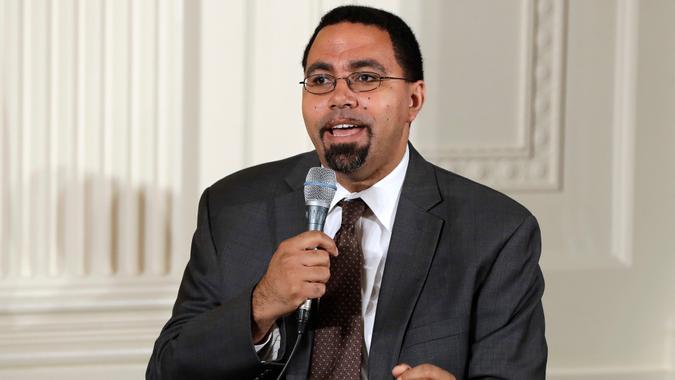 In an editorial that appeared on Business Insider and his website on Feb. 23, King wrote that President Joe Biden “should use his executive authority to unilaterally cancel student debt for each borrower,” and that “Congress must join President Biden in making college debt-free.”

King pointed to the 42 million Americans who currently hold more than $1.6 trillion in federal student loan debt, which he called “indisputably a crisis.”

The crisis is not exactly new. Before the COVID-19 pandemic hit, student debt in the United States totaled more than $1.7 trillion, CNBC reported. About one-quarter of borrowers, roughly 10 million people, were estimated to be in delinquency or default.

“All too often, the crushing weight of student debt prevents people from even considering buying a home, beginning a family, or starting a new business.,” King wrote.

He joins a growing chorus of lawmakers — from both sides of the political aisle — who favor some form of federal student loan forgiveness. These voices have grown louder in recent weeks as student loan borrowers approach the end of a payment pause that the U.S. government put in place in 2020, during the early days of the pandemic. The pause is scheduled to end May 1, after which borrowers must resume payments.

Related: 10 Ways To Pay Off Your Student Loans in One Year

Biden himself has looked into presidential powers to forgive student loans — including having the Education Department prepare a memo on the topic — but so far nothing official has come of it, CNBC noted.

Early last year, 80 members of the U.S. House and Senate were joined by 17 state attorneys general in urging Biden to cancel $50,000 in federal student debt for all borrowers.

Not everyone supports the idea, however. Critics say cancelling debt would be unfair to borrowers who have already paid off their loans.

As for King, in addition to canceling student debt, he also supports fundamentally changing the whole system of paying for higher education in the United States, writing that “there must be a New Deal moment” to take even bolder actions.

“There should be a national commitment to debt-free college for students from low- and middle-income backgrounds, and truly affordable college for all,” King wrote. ” Furthermore, a traditional four-year college should not be the only option for students. Free community college, as the Biden Administration has proposed, is an absolute economic imperative.”