29 States Now Offer Some Form of Tuition-Free Education, So Why Aren’t People Going to College? 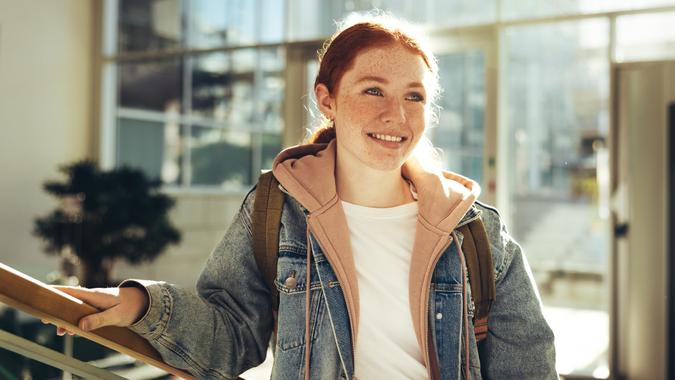 Even as Americans largely support student loan forgiveness and free community college, most aren’t taking advantage of the latter to earn their two-year degrees.

See: How To Balance Your Lifestyle With Student Loan Payments
Find: Student Loan Debt Is Now So High Women Are Being Forced To Choose Between Paying Loans and Having a Family

A study by BestColleges found that 69% of Americans support some type of financial aid that would make community college free for many people, especially for first-time college students. However, 37% who voiced their support believe there should be some stipulations to qualify, such as a minimum GPA or financial need.

But are current requirements too strict that they are deterring people from applying? That could be the case.

With 29 states now offering free community college, there’s an opportunity to see how the theory of free college works in practice. And research shows that not as many prospective students are taking advantage of the programs as expected. It could be that the paperwork is too complicated, or the requirements are too strict. It could even be that many students aren’t aware of the money available.

Some states are offering “first-dollar grants,” where students receive financial aid regardless of whether they are receiving other scholarships, grants or money for college. But most, like New York, provide “last-dollar” grants, which only cover costs after other aid is used up. Most of the programs do not pay for books, transportation, or other costs beyond tuition and fees, which can create a barrier for some lower-income students.

That’s the first hurdle to adoption, since students who qualify for Pell grants or other need-based programs may not qualify for additional aid. Some states offer need-based grants, while others do not put limits on income to qualify but do have other stipulations.

Any students applying for aid through their state for free college must fill out the Free Application for Federal Student Aid (FAFSA) to help determine their eligibility. For New York’s Excelsior program, students must also complete the Tuition Assistance Program (TAP) application and the Excelsior Scholarship form.

Many of the programs listed below have post-graduation residency requirements designed to keep skilled labor in the state once students have completed their degrees. This may lock students into a state with a higher cost of living, such as New York, or an area with fewer job opportunities in their field.

Some programs also specify the fields of study, although most have a broad range of majors available. A handful have community service requirements for the students. Some are only available to first-time students. Many programs require students to maintain a minimum GPA.

Lastly — and this may be the biggest barrier for lower-income students who need to work full-time while attending college — many of the two-year and four-year grants only apply to full-time students.

But according to a report released by The Urban Institute, the money isn’t reaching those who need it most.

New York’s program is, perhaps, one of the most restrictive, requiring that students remain in the state, living and working exclusively in New York, for the same number of years they received the award money. If they move or work out of state, they must pay back the grant as a loan.

In 2018, only 5% of first-time, first-year CUNY undergraduates took advantage of Excelsior funds. Eight percent of eligible community college students received the award, while that number jumped to 31% for those at four-year schools.

The money is only available to full-time students with household incomes up to $125,000. But, when evaluating CUNY enrollment, the Urban Institute discovered that 68% of Excelsior money goes to students with incomes of $70,000 or more.

The program offers a “last-dollar” grant, which means other methods of college funding must be exhausted before students can tap into the money. The Urban Institute’s report says that only roughly 25% of eligible students accept the Excelsior Scholarship, and roughly half who accept it the first year do not renew it.

POLL: Do You Make a Weekly Meal Plan or Other Regular Household Budget?
Discover: Without Student Loan Forgiveness, the Average American Will Have $393 Cut From Their Monthly Budget

The problems with New York’s Excelsior Scholarship are representative of issues with programs in other states, as well. Many awards for two- and four-year degree programs are only available to first-year, full-time students.

For people looking to earn a degree or certificate and increase their earning power while working full-time to support themselves or their family, restrictions such as holding a minimum GPA, maintaining continuous enrollment as a full-time student, or fulfilling community service requirements can be too much to handle.

Some states, such as Oregon, Michigan and Oklahoma, have no hoops to jump through, but that’s not the case nationwide. Students considering taking advantage of a free college program in their state should read the fine print carefully.