Going to the movies can cost a pretty penny nowadays. Factoring in kids, concessions and rising ticket prices, heading to the movie theater can be a serious hit to your wallet. But we all know there are some new releases so epically awesome, you simply can’t wait to watch them on Netflix to save money.

So whether you’re taking the entire family out for a night at the movies, or planning to hit the theaters solo, knowing where to get the best movie ticket deals can help take some of the financial strain off seeing new releases. As it turns out, Costco movie tickets might be the key to realizing the greatest savings.

Related: 9 Ways to Save Money on a Night Out With Friends

How Movie-Ticket Deals Work at Costco

The National Association of Theatre Owners reported that the average cost of a movie ticket in 2013 was $8.13, the highest price ever recorded. I’ll admit, those prices seem like a steal to me, as my local AMC charges $12.00 for regular admission!

Luckily, we can all turn to warehouse club Costco for a discount on movie ticket prices. This discount retailer accomplishes more than supplying households across the nation with 10-years’ worth of yellow mustard and toilet paper — Costco also sells bulk discount movie tickets (typically in four-packs), which allow shoppers to enjoy a couple bucks off the price of each entry.

Exact deals and quantities vary by location, but Costco usually sells packs of discounted movie tickets for AMC, Regal and Cinemark theaters. When I recently checked online, Costco was selling 10-packs of AMC tickets, as well as four-packs for Cinemark. Comparing these bulk prices to what theaters in my neighborhood charge for individual tickets, I found the total discount per ticket to be a solid $3.50 for AMC and $3.75 for Cinemark.

Even so, a small deal is better than no deal at all. Sally Treadwell told us she enjoys the modest discount, and having generic movie tickets on hand for her kids also helps make life a bit simpler.

“For instance, one daughter’s history class went to see Lincoln, and since I wouldn’t expect her to pay for that out of her allowance (she usually has to pay for her own tickets — that’s what an allowance is for!), I could just hand a ticket over,” Treadwell said.

Plus, when combined with other deals, the discounted Costco tickets are that much sweeter. Treadwell discovered that her family can buy discounted popcorn and drinks by showing an AARP membership card at some theaters. “We haven’t bought popcorn for ages because the price is so ludicrous, but now we’ve found that there are some compensations for being old.”

However, some might wonder whether a discount of $3 per ticket is really worth the Costco membership fee and notoriously crowded parking lots and lines.

Self-proclaimed Costco enthusiast Joel Gross admitted that even though the prices on Costco tickets have gone up recently, he still sees them as a deal:

However, the key is to make buying discounted movie tickets part of your regular Costco routine.

“I just pick up a package or two while I am doing my normal Costco run,” Gross said. “Saving money is almost always worth it, and definitely worth it in this instance.”

Call me spoiled, but if I splurge on a night at the movies, I prefer to go to my local Arclight where I can watch from an oversized chair, with plenty of legroom and a cocktail, if I so choose. However, only the handful of theaters mentioned above actually provide discount movie tickets at Costco. Moviegoers might have to compromise on their theaters of choice to enjoy the discount.

Additionally, releases in IMAX or 3D, as well as special showings and premieres, will require an additional surcharge.

Of course, beggars can’t be choosers — if you don’t want to pay full price to watch a movie in theaters, don’t expect the full amenities. And if you’re not a Costco member, or prefer a different theater, remember that buying movie tickets at Costco is just one of the many ways to save money at the movies. 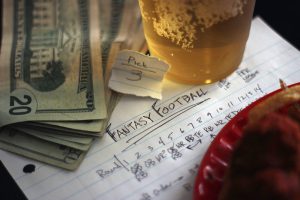 How Fantasy Football Is Keeping You Broke