Is It Worth Subscribing to Disney+ and Other Streaming Services Now? 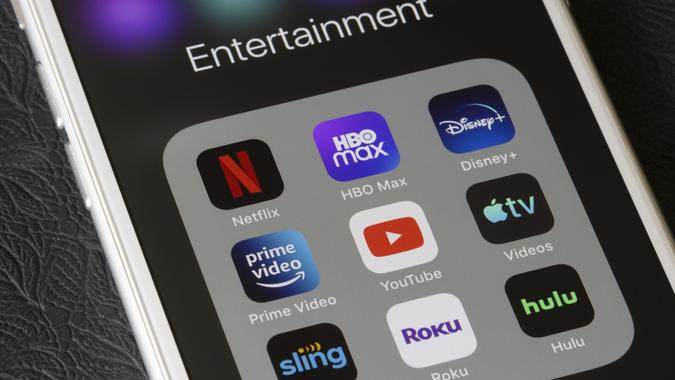 These days, Disney+ and other streaming services are the only way to see some of the hottest new movies and television shows. However, subscription costs can add up fast, so it’s important to make sure they’re really worth your money.

Read More: Here’s How Much Jennifer Aniston and Other Actors Get Paid for Their Reruns
Find Out: 10 Easy Ways to Save Money on Recurring Expenses

Last year, it was easy to justify the expenses, because COVID-19 quarantine meant there wasn’t much else to do. Now that you’re probably getting out more — i.e., spending money on things like travel, dining out and commuting expenses — you’ll likely want to be more selective with your streaming subscriptions.

Here’s a look at the costs of Disney+ and several other popular streaming services so you can choose the best platforms for your needs.

If you’re a Disney fan, you’ll likely benefit from a Disney+ subscription, despite the recent price increase. Currently priced at $7.99 per month or $79.99 for an annual subscription — up from $6.99 per month or $69.99 per year — you’ll enjoy exclusive new content, including “Soul,” “The Mandalorian,” “The Mighty Ducks: Game Changers” and “WandaVision.”

Did You Know: How Much Is Disney Worth?

You also get the ability to stream brand new Disney movies on your devices instead of going to the movie theater — i.e., for $29.99, you can watch “Cruella” as many times as you want, until it’s available to all subscribers on Aug. 27. Additionally, you’ll also have unlimited access to a huge selection of classic Disney content including “Toy Story,” “Moana” and “Hamilton.”

Home to an array of exclusive television series and movies, Apple TV+ is priced at just $4.99 per month. If you’re bored with your current selection of content, this is an economical way to stay entertained with shows like “Ted Lasso,” “The Morning Show” and “The Me You Can’t See.”

See: Are You Missing Out on Free Money? 80% of Americans Aren’t Taking Advantage of COVID Relief

A longtime streaming staple, Hulu is available at a variety of price points, including $5.99 per month for the basic platform, $11.99 per month for ad-free access and $64.99 per month for Hulu plus Live TV. Additionally, you can even bundle Hulu with Disney+ and ESPN+ for $13.99, $19.99 or $72.99 per month, depending on which Hulu service you’d prefer. Of course, you would also need to download the individual apps for all three platforms to watch respective programming.

A major recent boost to the Hulu platform has been the 2021 Academy Award Winner “Nomadland” — the film won Best Picture, Best Director and Best Actress. Along with Hulu’s most popular originals series including “The Handmaid’s Tail,” “Little Fires Everywhere” and “Letterkenny,” the streaming service also partners with FX to bring subscribers more than 40 series from FX Networks, along with thousands of other shows and movies.

Learn More: How Much Is Netflix Worth?

The platform is the only place to watch popular shows like “Lucifer,” “Stranger Things,” “Bridgerton” and “The Crown.” In addition to its exclusive television series and movies, a wide-variety of rotating content is also available in just about every genre imaginable. Some of the current offerings include “Million Dollar Baby,” “Legally Blonde” and “Back to the Future.”

The streaming service has been a longtime provider of original content, including new series like “The Nevers,” “Mare of Easttown” and “A Black Lady Sketch Show.” The new “Sex and the City” revival, titled “And Just Like That…,” will also appear exclusively on the platform alongside favorites like “Curb Your Enthusiasm,” “Big Little Lies” and “Entourage.”

A classic premium platform, Showtime is available for $10.99 per month or $99.99 per year(19). Home to a wide-variety of exclusive series, a subscription grants unlimited access to shows like “Black Monday,” “The Chi,” “Billions” and “Shameless.”

Modern Money Etiquette: Should You Make Your Venmo Transactions Private or Public?

There’s also no shortage of films to watch, with the current lineup including hits like “Moonlight,” “Moneyball” and “The Perks of Being a Wallflower.”

Essentially, every streaming service offers something a little different, so base your choices on your personal preferences — not necessarily what your friends and family subscribe to.

For example, if you’re really into Disney, a Disney+ subscription will likely be worth your money. However, if you never miss a DC film, you’ll almost definitely benefit from an HBO Max subscription.