Coming to a Theater Near You: $3 Movie Tickets, for One Day Only 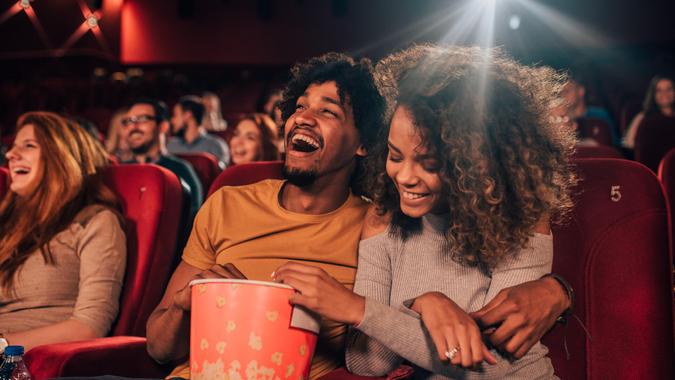 If you missed out on one of summer’s blockbusters, now’s your chance to go and grab the popcorn, as tickets will be particularly cheap on Labor Day weekend. On Sept. 3, movie tickets will be $3 as part of the newly launched “National Cinema Day.”

See: 10 Items That Are Always Cheaper at Sam’s Club
Cash App Borrow: How To Borrow Money on Cash App

The Cinema Foundation launched the event on Aug. 28, saying that it will be held at more than 3,000 participating locations with more than 30,000 screens, celebrating “a summer of record-breaking moviegoing with movies and a special sneak peek of upcoming titles from A24, Amazon Studios, Disney, Focus Features, Lionsgate, Neon, Paramount, Sony Pictures Classics, Sony, United Artists Releasing, Universal, and Warner Bros,” according to a press release.

“After this summer’s record-breaking return to cinemas, we wanted to do something to celebrate moviegoing,” Cinema Foundation president Jackie Brenneman said in the release. “We’re doing it by offering a ‘thank you’ to the moviegoers that made this summer happen, and by offering an extra enticement for those who haven’t made it back yet.”

Major chains, such AMC and Regal Cinemas, are participating, as are all major film studios, MarketWatch reports.

“This day is for movie lovers across the U.S., celebrating how movies are meant to be seen, on the big screen,” Ken Thewes, Regal’s chief marketing officer, said in a press release.

Variety reports that the event also coincides with the Labor Day weekend release of “Spider-Man: No Way Home, The More Fun Stuff Version,” an extended edition of Marvel’s mega-hit, which earned $804 million at the domestic box office.

You can find all participating cinemas on the National Cinema Day website, located here.