All the Costs of Having Kids Home for Almost a Year 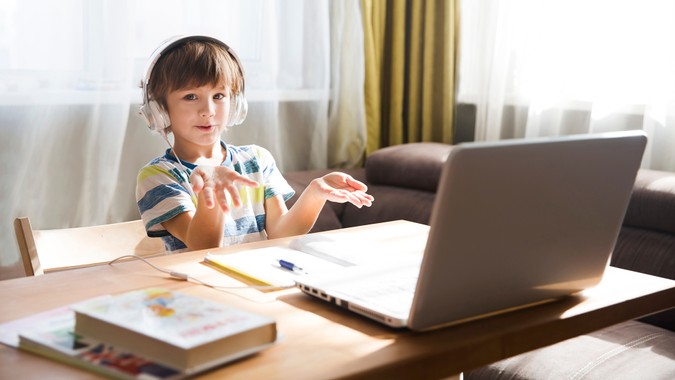 When many schools began to shut down in March 2020 out of concerns over the spread of COVID-19, few parents expected that their children would be remote schooling from home for almost a year or more, depending on state and county regulations. And even fewer likely realized that, though there were benefits to having children home, it would not necessarily be cheaper than sending kids to school.

In fact, the pandemic has put a huge financial strain on many families, not only because many people have suffered job loss and reduced wages, but distance learning and simply having kids at home full time has increased spending. According to Lending Tree, 56% of parents have taken on debt since the pandemic began through either credit cards or personal loans. Families have struggled just to take care of their basic needs, such as food, utilities and rent. Here we explore the common costs parents are incurring as many kids remain out of school.

Just because many kids have not been in school for most of the past year doesn’t mean that parents have had to go without child care. In fact, whether they work at home or out of the home, working parents still need child care and it has become even more expensive in the pandemic, according to the Center for American Progress. They found that due to increased public health requirements, out-of-the-home child care costs 47% more in the pandemic than before, based on a reduction in available child care. And the cost of in-home child care is 70% higher than before.

See: How I’m Sticking to a Budget and Spending Less During COVID-19

More time at home means that families are using their utilities more, from electricity to power kids’ online schooling and entertainment to running heat or air conditioning more often than when everyone worked and went to school out of the home. According to research done by the National Bureau of Economic Research, electricity use increased 10% in the U.S. during the second quarter of 2020. Researcher Steve Cicala said that equals about $6 billion on extra electricity just from April to July 2020.

Find Out: Tips To Keep Your Finances in Order Without Sacrificing What You Want

With most children doing remote learning and unable to socialize with their friends in the same way, they are inevitably spending more time on their technology, from school computers to gaming systems. Kids’ screen time during the pandemic increased by 50%, according to Axios, and that likely translates to additional purchases, from headphones and gaming equipment to software and streaming entertainment services.

According to a survey of 1,000 parents by Lending Tree, almost half of the parents of young children had to buy equipment ranging from school supplies, headphones and other adaptations to transform a home into a classroom set-up, to the tune of approximately $1,018.50 per family.

For those parents who have been able to get control of their kids’ screen time, many families have invested more in old-fashioned board games and other tactile activities for their kids during the pandemic. Popular game and toymaker Hasbro, for example, reported a more than 20% increase in board game sales, driven in large part by the popularity of the Star Wars brand, thanks to the new Disney+ show “The Mandalorian.” Other toy companies such as Mattel, Spin Master and Funko have seen their stock more than double, which Al Jazeera reported may be a result of parent and grandparent guilt over having to cancel birthday parties and vacations.

See: 37 Life Hacks That Will Save You Money

Some families decided to buck the remote learning model and form “learning pods” with other families, where small groups of students are taught by an independent teacher, according to PBS. Parents then share the costs of paying for the teacher, which can run from $40 to $100 an hour, plus the cost of school supplies.