When I mention that I grew up under the poverty line, often people respond, “Oh, no wonder you are so frugal and good at saving money.” But nothing could be further from the truth. Growing up poor didn’t teach me to pinch pennies. It taught me to overspend.

Like most people in poverty, any extra money we got was always spent, not invested. Granted, it wasn’t much extra money — $5 dollars here, maybe $50 there. Poverty has a way of discouraging a person. We thought, “Well, it’s not enough to matter,” or, “Life will always be this way, so we might as well enjoy what little we have.”

Any extra money we had was funneled into two categories: small comforts and attempts to not “look” poor. Small comforts for our family were soda, beer, cigarettes, Pop Tarts (which are still a weakness of mine, by the way) or a trip to McDonald’s. These “splurges” were $5 or less.

I can count on one hand the number of times we ate at a sit-down restaurant. Thirty dollars or more was simply out of the question, but those $5 comforts seemed harmless, even deserved. So, we spent without thinking. Why deprive yourself of every small comfort now, when no matter how hard you save, it won’t ever amount to anything?

But those little expenses add up.

Life under the poverty line comes with so much shame. Our family, like so many in similar situations, did everything possible to fit in with our middle-class neighbors and friends. When I was younger, my mom would shop garage sales all summer to put together a nice wardrobe for us. She didn’t want us to be embarrassed by too-small clothes, stained or ripped pants or broken zippers. But in high school, it got harder. The clothes didn’t just have to fit and be in good shape. We had entered the world of name brands. Those were harder to come by in the correct season’s colors.

In 7th grade, our class recorded video interviews that they would play at our senior graduation. I said I wanted to be driving a shiny, new, red sports car by the time I was 18: the ultimate dream.

Soon after that, my stepfather’s drinking and abusive language had become oppressive. I still wanted that sports car, but even more, I wanted a way out. I had to accept that if I saved money, I would have more options available to me, but to have the freedom that money brings, I would have to look poor in the process.

I ended up buying a pieced-together Geo Metro and drove that for four years. By the time I went to college, I had saved enough $5s and $50s to have $8,000. I bought a 20-year-old used camper and lived in it for two years. I looked like everything I was ashamed of, driving a beater car, living in an ’80s-era burnt-orange camper and wearing thrift-store clothes.

More on Poverty: Best and Worst States to Be Poor in America

Seventeen years later, it’s still a struggle with my pride and shame: the older car, the smaller home, the lack of name brands. But my husband and I became financially independent when I was 32. I had to look poor to become wealthy.

Occasionally, I have a twinge of embarrassment pulling up in an 18-year-old Honda Civic. I had the tires rotated on it recently and the young man who moved my car obviously felt sorry for me. I just smiled and thought to myself, “Dude, it’s OK. Really. I’m rich.”

With our net worth around a million and two years into early retirement, now it gives me a little grin because I think we are secretly killing it.

Read More: The Richest and Poorest People in America Live in These ZIP Codes

After starting married life with more than $50,000 in debt, Jillian and her husband paid off that debt in three years and then went on to save $100,000 by the time she was 24. She had taken four mini-retirements before achieving financial freedom at 32 when she and her husband left their jobs. 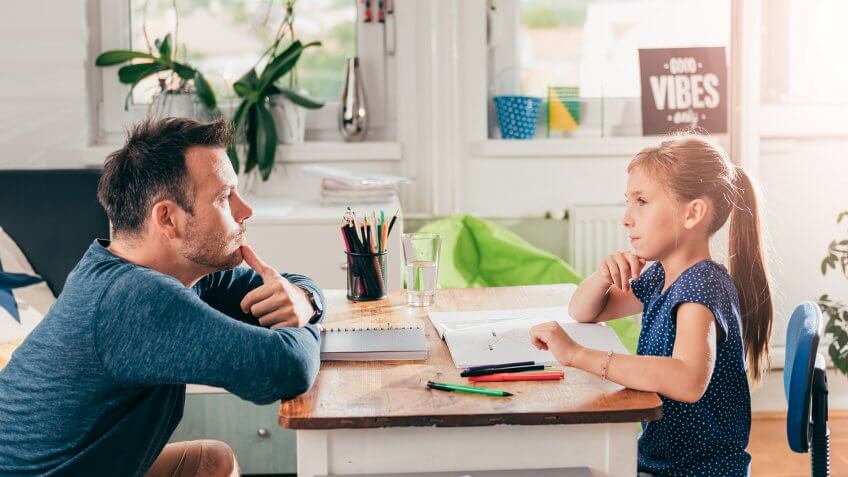 Should You Leave Your Kids Money? This Expert Says Not To

Kids can get student loans, but you can't get retirement loans.