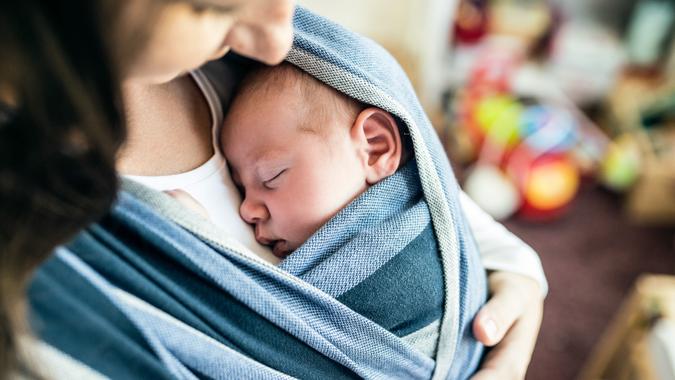 The advance, extended child tax credit may not return any time soon, but first-time mothers in the state of New York State could be getting some financial help this year.

See: Stimulus Update: 91% of Low-Income Families Are Using the Child Tax Credit for Basic Necessities
Find: Nearly 40% of America’s Wealthiest Billionaires Give Relatively Nothing to Charity

A new program called The Bridge Project has been distributing funds of $500 to $1,000 per month to at-risk mothers in urban areas of downstate New York. Participants will receive the money each month for three years, funds meant to assist with expenses like diapers, formula, food, and clothing for growing infants and toddlers.

Launched last July, the program has already given money to 100 mothers across Central Harlem, Inwood, and Washington Heights — all parts of Manhattan. Half of the participants are Black and half are Latinx, according to CNBC, and one-in-five are undocumented immigrants.

The Bridge Project website notes that 49% of New York City’s young children live in lower-opportunity neighborhoods with poverty rates of at least 20%, which is roughly 10% above the national average.

In April 2022, the project will begin distributing funds to the next wave of 500 participants, CNBC reported. This time, pregnant first-time mothers in East Harlem and the Central and South Bronx areas of New York can also benefit. The project website, bridgeproject.org, indicates it is not currently accepting additional applications.

Learn: How Can I Save Money on a Low Income?
Explore: Stimulus Funding: Low Income Families Provided Winter Heat Thanks to $1.9 Trillion American Rescue Plan

The program was introduced by The Monarch Foundation, a family foundation run by social entrepreneur Holly Fogle and her husband, venture capitalist Jeff Lieberman, according to CNBC. The foundation has contributed more than $16 million toward the project, which is being studied by the Center for Guaranteed Income Research at the University of Pennsylvania.

Through the project, Lieberman said he hopes to show that child poverty is not a partisan issue and to inspire others to take action within their communities. “The real question is how do we get others who are like-minded to join us, and then ultimately how do we start thinking about policies?” he told CNBC.