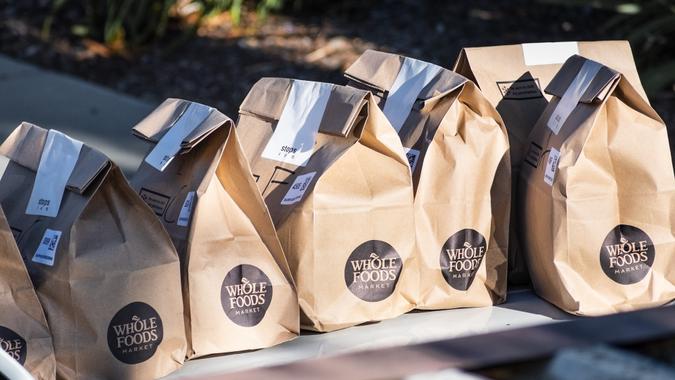 Whole Foods Market online shoppers are about to lose the biggest perk from their Amazon Prime membership — free two-hour delivery on orders of at least $35. The company notified U.S. customers in an email on Friday, as well as in an online F.A.Q, saying it was going to charge $9.95 per grocery delivery on top of the $119 annual Prime subscription fee starting Oct. 25.

See: The 8 Best Deals From Costco’s September Coupon Book
Find: When Social Security Runs Out: What the Program Will Look Like in 2035

Bloomberg reported in August that the fee has already been tested and implemented in six cities, including Portland, Md., Providence, R.I., Manchester, N.H., and the greater Detroit, Boston and Chicago areas.

“Whole Foods Market is not increasing prices on products. We have consistent pricing on everyday priced products in store and online,” a spokesperson said to MarketWatch. “Growth of delivery drives operating costs that we do not want to shift to product prices.”

Amazon isn’t the only company to offer grocery delivery services. Shipt and Instacart are other popular options among U.S. online grocery shoppers, as previously reported by GOBankingRates.

Shipt, a delivery service owned by Target, charges users a membership fee of $99 annually. Members can benefit from exclusive in-app coupons as well as waivers on delivery fees on orders over $35. Orders below $35 include a delivery fee of $9.99.

Grocery delivery and pick-up service Instacart has a membership service called Instacart Express where users pay $9.99 every month or $99 annually. Users with a membership don’t pay delivery fees on orders over $35. For nonmembers, Instacart delivery starts at $3.99 for same-day orders $35 or more.