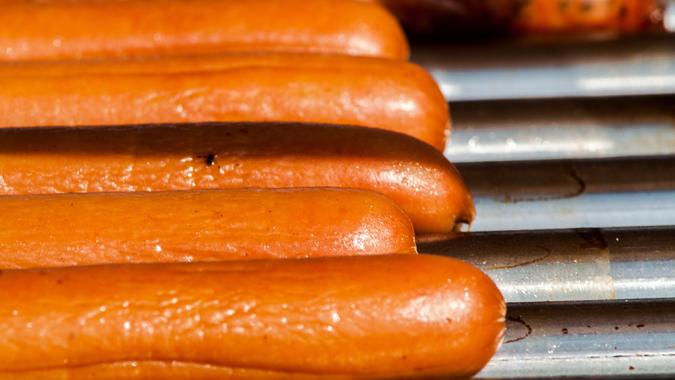 There’s something to be said for corporate leaders who can be succinct and clear. Costco CEO Craig Jelinek left no uncertainty when CNBC’s Squawk on the Street asked if the wholesale club would raise the price of its signature food court hot dogs.

He replied with a single word: “No.”

Other food court staples, however, have seen price increases this summer. Costco’s Chicken Bake now costs $3.99 instead of $2.99 and a 20-ounce soda will set you back a cool 69 cents — a 10-cent increase.

In the 4.5-minute CNBC video, Jelinek discussed gas prices, an upcoming recession, and the fact that Costco’s consumer base, largely middle to upper-middle income Americans, are “not doing bad.”

Costco sales were up 20% in June, Jelinek said, pointing out how Costco’s business model differs from Target and other big box stores. “We continue to drive volume with fewer items. We’re a volume business, not a margin business, and we drive a lot of sales.”

Even with sales strong, Costco made the decision not to increase its membership fees from the current rate of $60 a year for a regular membership or $120 for the higher-tier Executive Membership that offers 2% Rewards and additional perks.

“I don’t think it’s the right time [to increase membership fees],” Jelinek told CNBC. “Our sign-ups continue to be strong.”

Jelinek conceded that many Americans are struggling to meet housing and gas costs and looking at ways to reduce expenses. However, he said, people with higher income levels, the demographic that makes up most of Costco’s consumer base, “still have discretionary income to buy goods.”

Yet, he admitted, “You don’t know what’s going to happen three months from now.”

Find: Expert Advice for Shopping at Costco and Other Big-Name Stores
Explore: 21 Items That Are Always Cheaper at Costco

But take heart. At least you can still get a hot dog and soda combo from the Costco food court for $1.50.