Fast-Food Value Meals Aren’t the Bargain They Used to Be — Are the Deals Still Worth It? 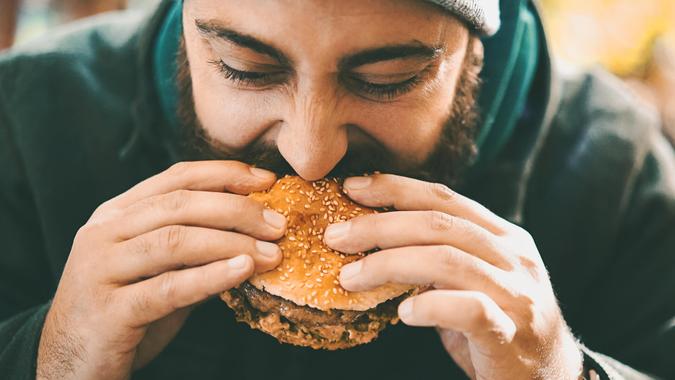 Rising food prices and labor costs are pushing fast-food restaurants to up the prices — or cut costs — on certain value meals. Popular chains are trying to find a balance between supporting traffic growth in slower months and maintaining profit margins, CNBC reported. Investors and economic analysts alike have been dissecting research related to this news, providing some insight into quick-service restaurant trends in 2022 and beyond.

See: How Much Is McDonald’s Worth?
Find: This Fast Food Joint Has a Unique Way of Handling Hiring Problems

For the first time in more than two decades, Little Caesars increased the price of its $5 Hot-N-Ready pizza by 11% to $5.55, the company announced on Jan. 3 in a press release. However, the price increase also comes with 33% more pepperoni.

CNBC also added that Popeyes’ Big Box Deal is now an extra dollar if you order at the restaurant or drive-thru. Domino’s Pizza is also only offering its $7.99 deal to digital customers and chicken wings and boneless wings are being downsized from 10 pieces to eight.

“This is a highly promotional time of year. January and February is traditionally when you see a lot of the promotions and discounts,” BTIG analyst Peter Saleh explained to CNBC.

“I think restaurants are trying to recapture some of the lost traffic that hasn’t come back because of the pandemic, and many of those are going to require some discounts to get those consumers back in the door,” he added.

Between July and September of 2021, 17% more restaurants offered value meals on their menus compared to the same time a year earlier — according to Technomic Ignite data — per CNBC. Ignite added that while the price of breakfast meals increased by 19.6% — and the price of snack meals went up 11.5% — the average price of value meals fell by 1.3% compared with the same time frame one year prior.

David Henkes, principal at Technomic, explained to CNBC that lower costs for value meals could be due to restaurants focusing on limited-time offers with higher profit margins. Another reason for the price drop could come as a result of fast-food restaurants using cheaper ingredients or cutting their portion sizes.