What if healthy food was as accessible and affordable as McDonald’s? Sam Polk, the founder and CEO of Everytable, believes that it should and could be. The former Wall Street trader opened the grab-and-go restaurant to provide whole, made-from-scratch meals to people in underserved areas at low prices — as little as $5 a meal — as a way to eliminate food deserts and food inequality. And his idea has been taking off — Everytable now has several stores, and in January 2019, the company secured its first Program Related Investment from the Kellogg Foundation.

But the road from Wall Street trader to social enterprise entrepreneur was a long one. Here’s how Polk made his unconventional journey.

See: Here’s How Much It Really Costs To Eat Healthy in America

Breaking Free of His Wealth Addiction 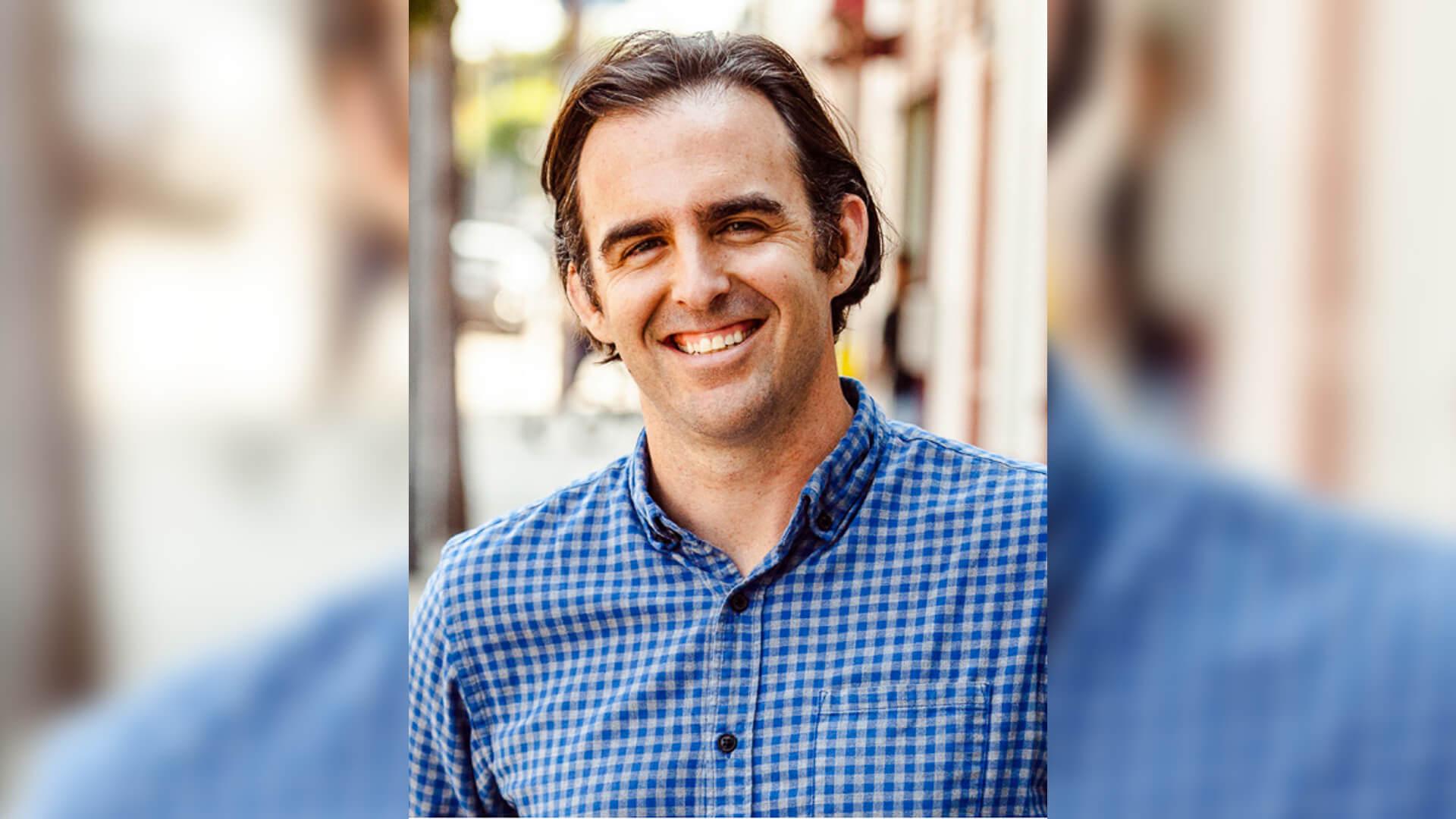 “In my last year on Wall Street my bonus was $3.6 million — and I was angry because it wasn’t big enough,” Polk wrote in a 2014 op-ed for The New York Times. “I was 30 years old, had no children to raise, no debts to pay, no philanthropic goal in mind. I wanted more money for exactly the same reason an alcoholic needs another drink: I was addicted.”

Polk had spent eight years working on Wall Street, interning as a trader at Credit Suisse First Boston, then working at Bank of America and later at a hedge fund. It was the absurd greed of his bosses that eventually led him to realize that he was addicted to money and needed to make a major change.

Read: Inspiring Stories From Ordinary People Who Took a Pay Cut on Purpose

“I was in a meeting with one of them and a few other traders, and they were talking about the new hedge-fund regulations,” Polk wrote in the op-ed. “Most everyone on Wall Street thought they were a bad idea. ‘But isn’t it better for the system as a whole?’ I asked. The room went quiet, and my boss shot me a withering look. I remember him saying, ‘I don’t have the brain capacity to think about the system as a whole. All I’m concerned with is how this affects our company.’ I felt as if I’d been punched in the gut. He was afraid of losing money, despite all that he had. From that moment on, I started to see Wall Street with new eyes.”

In 2010, Polk quit his very lucrative job and began getting involved in social activism.

“In the three years since I left, I’ve married, spoken in jails and juvenile detention centers about getting sober, taught a writing class to girls in the foster system, and started a nonprofit called Groceryships to help poor families struggling with obesity and food addiction,” he wrote. “I am much happier. I feel as if I’m making a real contribution.”

More People Giving Back: 36 Celebrities Who Use Their Wealth To Pay It Foward

From Nonprofit to Social Enterprise 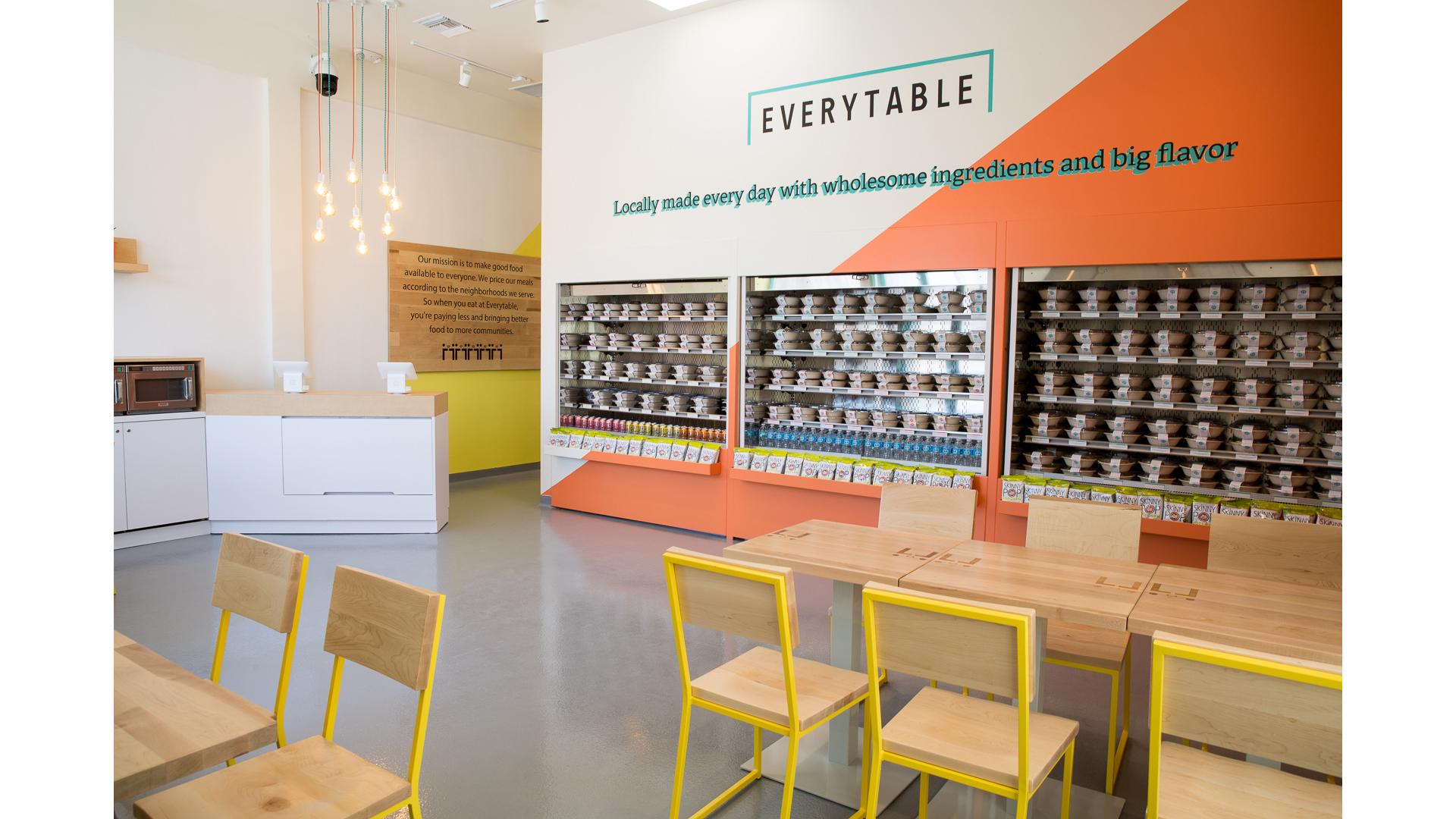 Although Polk still has his nonprofit Groceryships — now called FEAST — he’s shifted his focus to his healthy fast-food chain, Everytable.

“I was frustrated with how unnecessarily difficult the nonprofit structure was and looking for something where if I was going to put my everything into it, that it had a chance to really manifest into a big world-changing thing,” he told Forbes in December 2018.

Polk got the idea for Everytable after noticing how expensive it was to buy salads for his family at chains like Tender Greens or Sweetgreen.

Some Options: 20 Inexpensive Foods That Are Heart Healthy

“I was going to work in South Los Angeles, a neighborhood where per capita income is $13,000 a year — so forget about $15, [salads] had to be priced at $5 for it to be sustainable for people making $19,000 a year, and understanding how that translates to a daily food budget was humbling,” he told Forbes.

Polk believes Everytable can be a food desert solution because it solves the affordability issue for low-income families.

“There’s a misconception that folks in underserved communities like fast food more than anything. The truth is, what they like is $5 meals that are convenient and fast,” he told Inside Philanthropy. “We started to understand that if you could make a business that was able to sell meals at $5 that were healthy, there would be a huge demand for it.”

Check Out: These 16 New Food Companies Are Changing the Way We Eat

A Business Model That Works 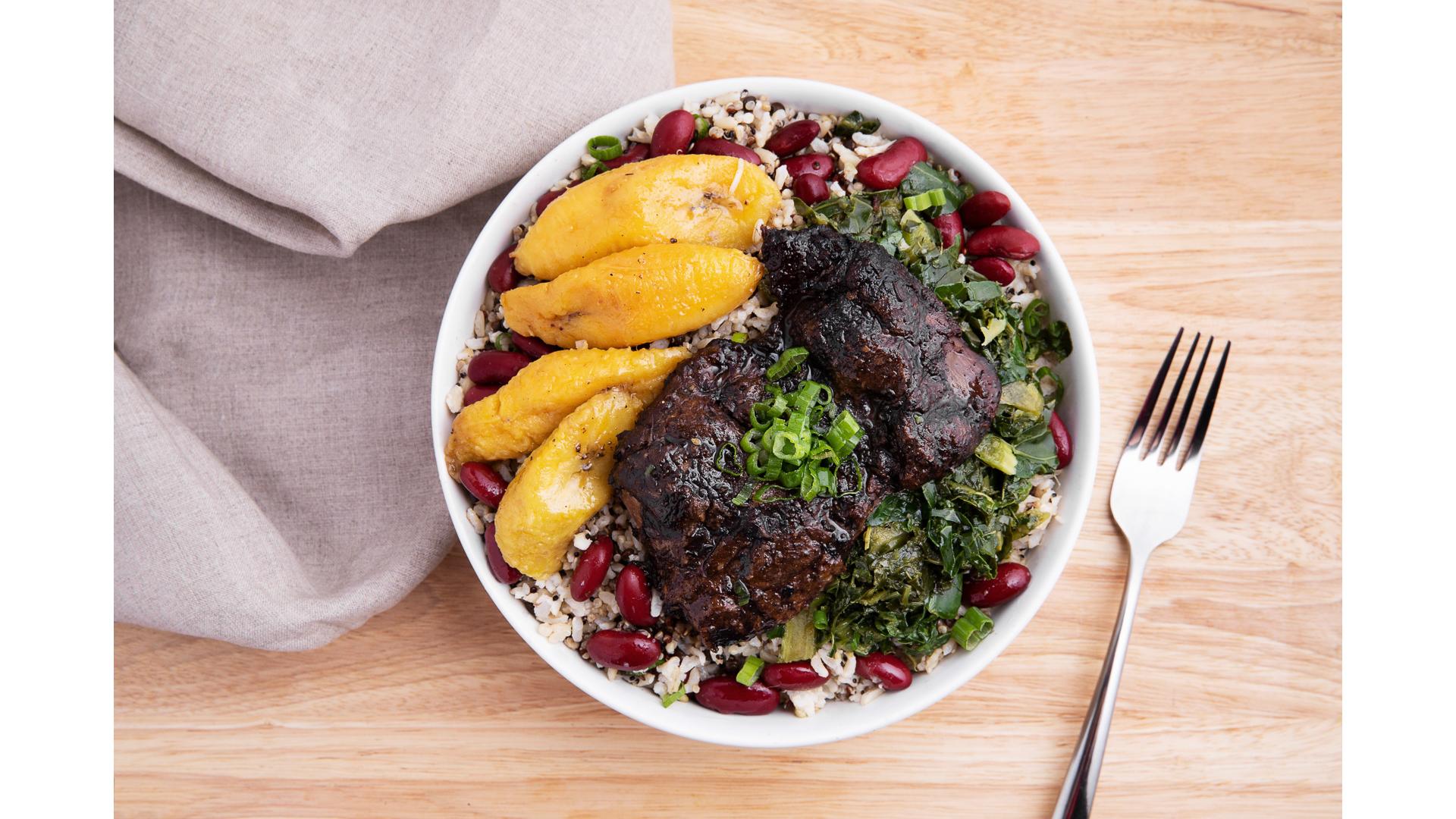 The initial concept for Everytable’s profitability was based on a plan to charge $5 for meals in lower-income areas, and $7 or $8 a meal in higher-income neighborhoods.

“We opened stores [with higher prices] in more affluent areas, expecting those stores to make up for losses at [stores with lower prices],” Polk said during a SXSW panel, as reported by the San Antonio Current. “It turns out that the stores in the low-income communities are the most profitable … the more scale and volume you [produce], the cheaper [the food becomes] — you can still make a great profit.”

Polk hopes to succeed where other similar concepts have failed. Take, for example, LocoL, a healthy food restaurant opened in 2016 by celebrity chefs Roy Choi and Daniel Patterson in Los Angeles’ Watts neighborhood, one of the city’s largest food deserts. The restaurant struggled to take off, and Choi and Patterson ended up raising prices and introducing more fast food-like items to try to stay afloat. But their efforts failed, and the restaurant closed in 2018.

“The problem with LocoL is that they ended up serving fast food, just like everyone else, only they were charging $8 a burger, which is basically unaffordable,” Polk told The Guardian. “Personally, I’d be more confident being the only salad restaurant in Compton than the 55th burger place.”

Good Things: 50 Businesses That Are Changing the World Today

Becoming the Next McDonald’s 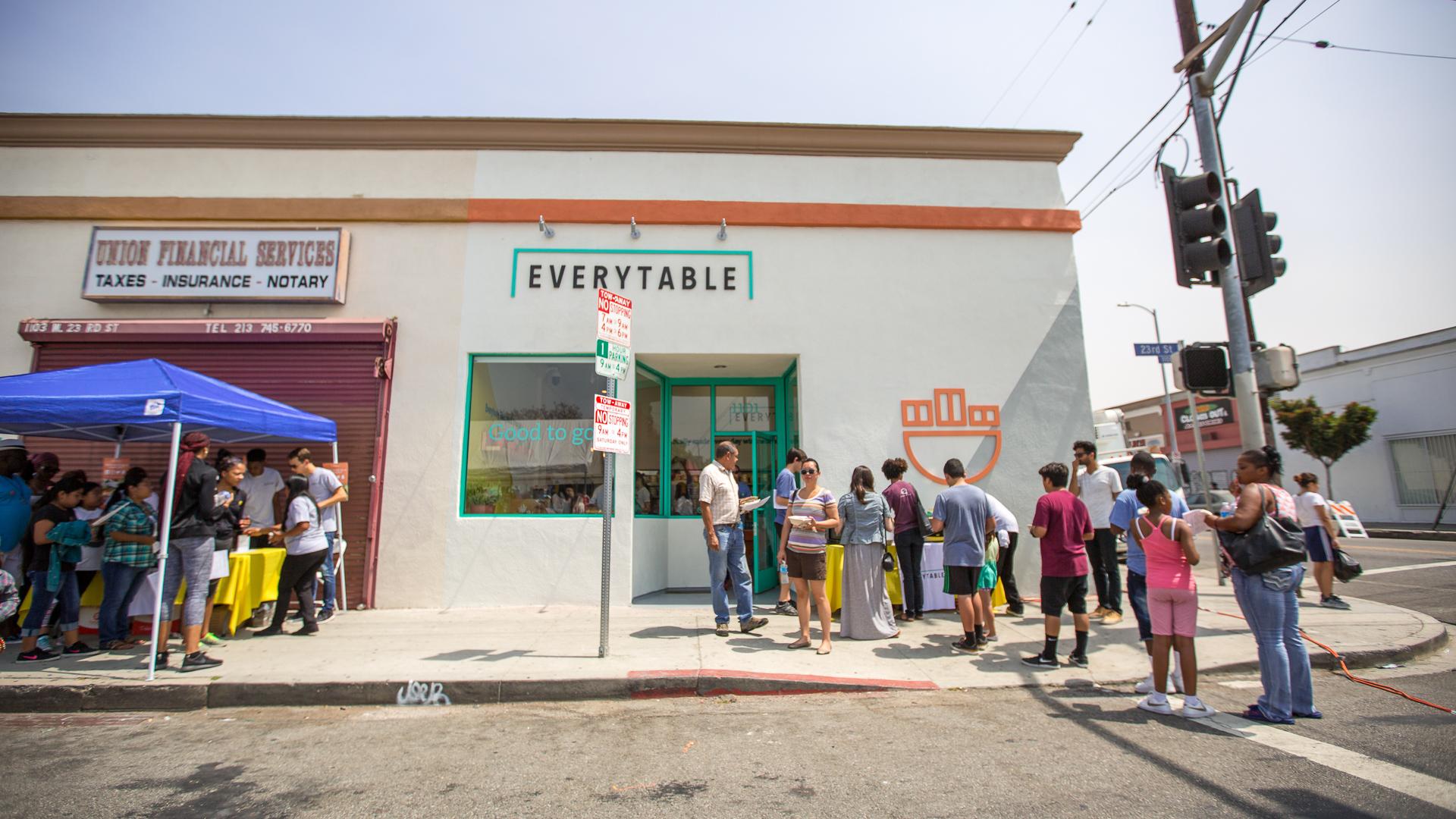 Although Everytable has several locations throughout Southern California, Polk has plans to scale far beyond these first few locations to bring healthy fast-food options to people across the U.S.

“The real money in the food business [is] where you have businesses not valued at a billion, but 10 or 100 billion — like McDonald’s and Taco Bell who have figured out how to profitably sell food at $5 or $6, because that’s what allows you to go into every single market in the country,” he told Forbes. “We have our sights set on McDonald’s/Subway scale. So to me, that means 10,000 to 30,000 locations. And for us, I think that’s going to involve franchising and directing a large part of our franchise efforts towards the entrepreneurs of color from underserved communities. So we’re really excited about that lever of potentially using Everytable’s food to push against the structural inequality, but also our business model to create true economic empowerment and equity ownership over the long term.”

Keep reading to find out nine other ways to solve America’s food crisis. 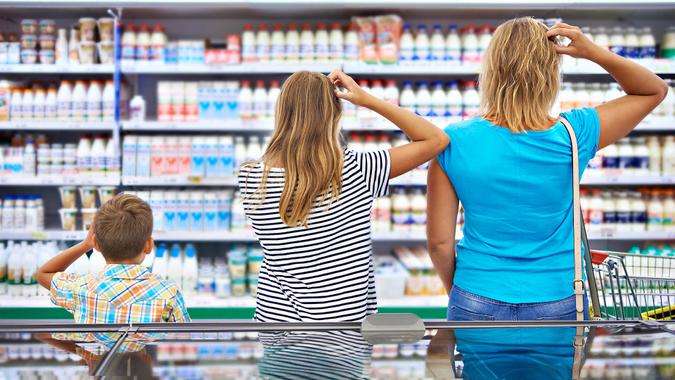 Quiz: How Well Do You Know Your Supermarket Prices?

Are you better at guessing grocery store prices than Bill Gates?