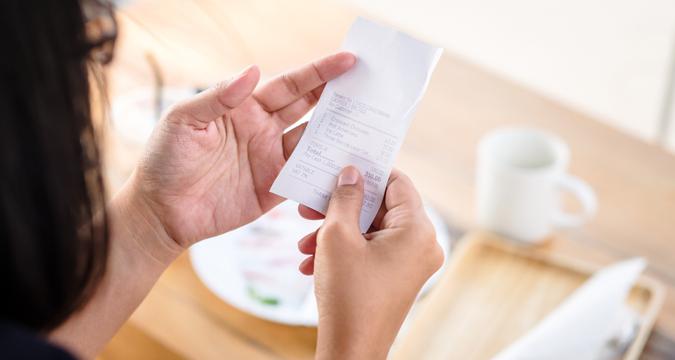 As inflation pushes the cost of doing business up, restaurants have been forced to find creative ways to address soaring food prices and the latest trend is adding new fees.

Discover: How Much More Did You Pay To Eat Out Because of Inflation in April 2022?
Items Hit Hardest by Inflation: How Gas, Bacon & More Fared in 2021

The Wall Street Journal reports that new fees such as a “noncash adjustment,” “fuel surcharge,” or “kitchen appreciation” have been showing up on bills lately.

“Industry analysts say this wave of surcharges is mostly being driven by restaurants trying to cope with the impact of rising inflation and a tight labor market on their bottom lines,” according to the Wall Street Journal.

Compounding the issues for restaurants, Mastercard and Visa raised transaction fees in April.

Lightspeed, a global developer of point-of-sale software, noted that fee revenue doubled from April 2021 to April 2022 and that the number of restaurants adding service fees increased by 36.4% over the same period.

Despite some fuss, fees seem to be more acceptable to customers — at least on the surface. But that doesn’t mean customers are actually okay with fees, odds are they simply didn’t notice them at the bottom of the check.

Is there relief in sight? The Food and Agriculture Organization of the United Nations (FAO) said on May 6 that in April, world food commodity prices decreased from March’s all-time high, but just slightly — down only 0.8%. That’s still up 29.8% from prices recorded in April 2021, as the Russia-Ukraine war continues to impact markets for staple grains and vegetable oils, as GOBankingRates previously reported.

Live Richer Podcast: How To Get Free Rent and Retire Early
Consumer Price Index: How Much Did Inflation Increase the Price of Bacon, Bread and Eggs?

“It’s really a minimal amount of decline,” Erin Collier, economist at the UN’s Food and Agriculture Organization, told Bloomberg at the time. “Prices are still definitely very high and definitely still very much a concern, especially for low-income food-deficit countries.”