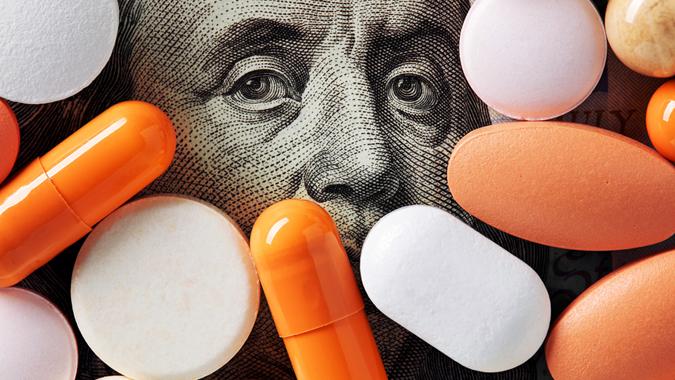 While some procedures are more expensive elsewhere, the majority are cheaper abroad.

Healthcare in the U.S. is often denounced as being unaffordable for the average person in the U.S. That is in part what led to the passing of the Affordable Care Act. However, people still often cannot afford their medical bills and turn to credit cards, loans or even a GoFundMe page.

From a high level, it appears there is some truth to this idea. For instance, the U.S. spends more per capita on healthcare than any other OECD country. In fact, it spends 16.9% of GDP on healthcare — nearly twice the OECD average of 8.8%. Plus, the average resident spends $1,122 on out-of-pocket expenses. That is second only to Switzerland among OECD members.

To bring further context to this discussion, we’ll take a look at some healthcare costs around the world. From Iceland to Australia, we want to understand just how different the cost of healthcare is in the U.S. compared to other countries.

Healthcare is technically free in Australia through Medicare which is paid for by a 2% tax on income. However, there is a 1% tax charged to those making at least AUD $90,000 (increases to 1.25% for AUD $105,000-plus). To avoid this surcharge, many people take on private insurance which results in out-of-pocket costs.

The cost of each medical procedure in Australia varies by state. For simplicity, we’ll look at New South Wales, where Sydney lies. There, the average cost charged to the patient for a gastric bypass is AUD $750. In the U.S., the cost is $3,500 with insurance, though it could drop to $0.

Take a Look: 5 Things To Negotiate at Your Job Other Than Salary

Germany has a universal multi-payer healthcare system. Like Australia, it has both public and private insurance. The cost of public health insurance is 14.6% of each person’s salary, of which citizens pay half and their employer pays the other half. For a person making the equivalent of $50,000, that means $3,650 in insurance costs. Private insurance costs vary, and only certain individuals qualify, but they have monthly premiums ranging from €175 to as high as €1,500.

Although monthly premiums are somewhat high in Germany, out-of-pocket costs are not as low as you might expect. For example, hospital stays come with a charge of €10-15 per day.  Prescriptions will cost around €5-10. Notably, there is no charge for dental care for children up to 18 in Germany, although limits apply, and private insurance won’t reimburse all costs.

Check Out: 14 Cheap Ways To Invest In Your Health

In Mexico, healthcare is provided by a mixture of public institutions run by government departments, private hospitals and clinics and private-practice physicians. Mexican citizens have a combination of coverage determined mainly by their employment status. However, every citizen is guaranteed free access to healthcare. For those with insurance, premiums are low but vary by age; for those aged 50 to 59, it is about $40 per month. Older citizens pay slightly higher premiums.

Myles Wakeham, host of The Unconstrained Podcast, recounted his experience with Mexican healthcare after he shattered his shoulder in a motorcycle accident. “I reached out to the medical industry to get quotes in the USA for this work, and struggled to find anything less than $125,000,” Wakeham said. But he decided to have surgery in Mexico, and the experience in Mexico was world-class, especially for the cost. “The entire cost of the procedure, done with a private surgical team, private hospital and an experience that was more like a resort stay than surgery, was U.S. $9,000.”