Medicare Penalty: Sign Up Before You Turn 65 to Avoid Late Enrollment Charges 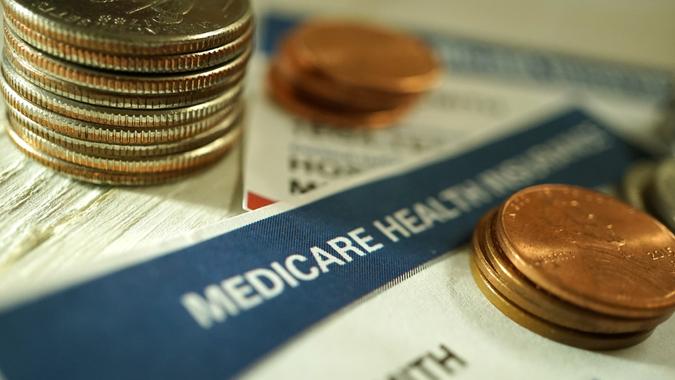 If you’re closing in on age 65, now’s a good time to sign up for Medicare benefits to avoid late enrollment penalties — especially since the open enrollment period is currently underway through Dec. 7.

The U.S. Department of Health & Human Services recommends filing for Medicare benefits three months before your 65th birthday when those benefits kick in. If you already receive Social Security, you’ll automatically be enrolled in original Medicare — Part A for hospital coverage and Part B for medically necessary and preventive services — without having to fill out an additional application. However, you can opt-out of Part B if you don’t want to pay the premium.

If you enroll three months ahead of time, you’ll receive a Medicare card about two months before age 65. Or, you can wait until you turn 65 to sign up for original Medicare and add on any additional coverage from there, such as Part D for drug coverage. But if you wait too long, you’ll face late enrollment charges.

According to the Medicare website, some people have to buy Part A because they don’t qualify for premium-free Part A. If you have to buy Part A — and you don’t buy it when you’re first eligible for Medicare — your monthly premium might go up by 10%. You’ll have to pay the higher premium for twice the number of years you didn’t sign up.

For example, if you were eligible for Part A for two years but didn’t sign up, you will have to pay the higher premium for four years. However, you don’t usually have to pay a penalty if you meet certain conditions that allow you to sign up for Part A during a special enrollment period. And if you have limited income and resources, your state might help you pay for Part A and/or Part B. You might also qualify for extra help to pay for your Medicare prescription drug coverage.

Medicare and Medicaid: What They Are and How They Differ

If you didn’t get Part B when you were first eligible, your monthly premium might go up 10% for each 12-month period you could’ve had Part B but didn’t sign up for it. In most cases, you’ll have to pay the penalty each time you pay your premiums for as long as you have Part B. The penalty increases the longer you go without Part B coverage.

For example, suppose your Initial Enrollment Period ended December 2019 and you waited until March 2022 to sign up for Part B during the General Enrollment Period. Your coverage starts July 1, 2022. In this case, your Part B premium penalty is 20% of the standard premium, and you’ll have to pay this penalty for as long as you have Part B. (Even though you weren’t covered a total of 27 months, this time frame included only two full 12-month periods.)

As with Part A, you usually don’t pay a late enrollment penalty if you meet certain conditions that allow you to sign up for Part B during a Special Enrollment Period. And as noted before, if you have limited income and resources, your state might help you pay for Part A and/or Part B, and you might also qualify for extra help to pay for your Medicare prescription drug coverage.

The cost of the late enrollment penalty depends on how long you went without Part D or creditable prescription drug coverage. Medicare calculates the penalty by multiplying 1% of the “national base beneficiary premium” — $33.06 in 2021 and $33.37 in 2022 — times the number of full, uncovered months you didn’t have Part D or creditable coverage. The monthly premium is rounded to the nearest $0.10 and added to your monthly Part D premium.

The national base beneficiary premium might change every year, so your penalty amount might also change each year. You can find an example by visiting the Medicare.gov website.