Medicare is a program that primarily covers Americans age 65 and older. The federal government administers this program on its own. Once eligible, you receive Medicare regardless of income. In contrast, Medicaid serves low-income residents of all ages. In some cases, people can have both Medicare and Medicaid. These individuals might also receive benefits not available to Medicare recipients.

The sections below outline the programs in greater detail.

Medicare serves the following groups regardless of their income level:

Medicare has three parts, as GOBankingRates’ What You Need To Know About Medicare in Retirement explains. Some call Medicare Parts A and B “original Medicare,” as these were the program’s original offerings when it began in 1965. Part D refers to prescription coverage and was initiated in 2006. Some will also mention Medicare Advantage Part C, also called Medicare Advantage. Under Part C, Medicare pays private insurers to handle recipients’ healthcare needs. Though people with Medicare Advantage have Medicare, those who utilize Part C operate under the rules of the advantage plan for the length of the contract, usually one year. Thus, the exact provisions of Medicare Parts A, B and D might not apply as long as a recipient is contracted under a Medicare Advantage Part C plan.

Part A provides inpatient hospital care. It also offers a limited time in skilled nursing but does not cover long-term care in a nursing home. In addition, Part A provides hospice care and some types of home healthcare.

It’s important to note that Medicare Part A is not free. Americans or permanent U.S. residents must work for at least 40 quarters to become eligible for premium-free Medicare Part A. Much like with your Social Security benefit amount, you can confirm eligibility through the Social Security Administration’s online portal or on the online statement sent to you by the SSA. Around 99% of those on Medicare meet eligibility requirements. For 2020, Medicare will charge a Part A deductible of $1,408.

Part B focuses on doctors’ services and outpatient care, including physical therapy, occupational therapy and some home healthcare. Part B also includes services and equipment when deemed medically necessary.

Most Americans pay a premium for Part B. The standard for 2020 is $144.60 per month but can rise for higher-income individuals. Part B also charges an annual deductible of $198 in 2020. After payment of the deductible, Part B covers 80% of all approved costs.

See: States With the Best Affordable Healthcare for Retirees

Unlike Parts A and B, Part D plans are privately administered, so costs and drugs offered will vary. They usually come with a premium determined by the plan.

Out-of-Pocket Maximums and Other Coverages

Medicare Parts A, B and D do not impose an annual limit on what you pay out of pocket. Out-of-pocket maximums for Part D are not available in any form. But many sign up for a Part C plan to get that benefit for Parts A and B. Others turn to a Medicare supplement plan, often called Medigap insurance, where a private insurer guarantees a maximum out-of-pocket limit and helps to close other “gaps” in Medicare coverage.

Keep Reading: What Is Medicare Tax?

Medicaid is a program that helps low-income individuals and families and those with limited resources. Dependents can also receive Medicaid with no age-related restrictions.

Medicaid is a joint federal and state program. The federal government funds it, while states administer the program. The states set eligibility standards and establish the scope and duration of services and payment rates for Medicaid services. Such criteria can vary widely between different states.

In addition, Medicaid funds the Children’s Health Insurance Program. CHIP provides healthcare to low-income children, defined as those whose parents earn less than 200% of the federal poverty level. Children covered by CHIP would not otherwise qualify for Medicaid. States can provide CHIP services by either expanding Medicaid or establishing a program separate from Medicaid. The federal government has granted waivers to some states that opt to provide services to the parents of children enrolled in CHIP.

The Affordable Care Act allowed for the further expansion of Medicaid coverage, although some states rejected funding from the federal government to expand Medicaid programs, according to Louis Wolkenstein, a fellow at The American College of Healthcare Trustees. President Trump has granted waivers to states that limit the eligibility for the ACA Medicaid expansion.

Learn: How To Apply for Social Security in 3 Steps

What Is the Difference Between Medicare and Medicaid?

Given these descriptions, you can see the difference between Medicare and Medicaid. CMS funds both Medicare and Medicaid, and both programs provide healthcare for specified groups of people. In most cases, neither program covers all medical expenses. But the similarities between the two programs end there.

Medicare imposes no income requirements to determine eligibility. Conversely, income is the primary determinant for Medicaid eligibility. Also, Medicaid benefits depend on the state where you live, but because the federal government administers Medicare, it provides a standard set of benefits to all eligible recipients.

The table below compares and contrasts the two programs:

How Do Medicare and Medicaid Factor Into “Medicare for All?”

If and when “Medicare for All” becomes a reality, how it factors into both Medicare and Medicaid remains unknown.

Presumably, it would mean removing the age requirement on the current Medicare system. Thus, all Americans would receive coverage under Medicare regardless of income. Current Medicaid recipients would become dual eligible and receive additional help from their respective state based on that state’s rules.

That said, in the 2020 contest for the Democratic nomination, presidential candidates have offered differing definitions. Elizabeth Warren, for instance, has come out in favor of “Medicare for All,” though she has faced criticism for offering few specifics.

Bernie Sanders takes it a step further by expanding Medicare coverage overall and having the government cover all premiums, deductibles and copays. Joe Biden appears to favor an Affordable Care Act extension, which he describes as being “like Medicare.” 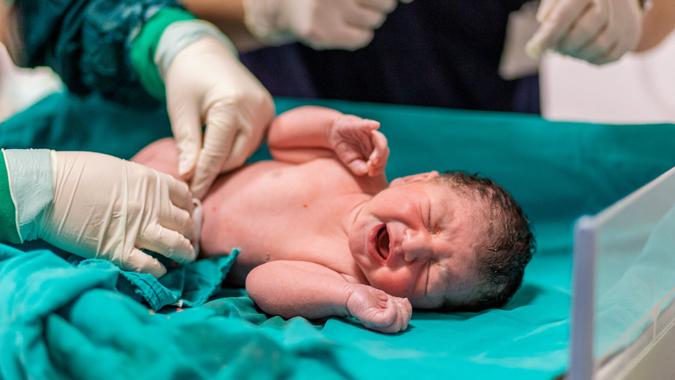 The Cost of Health Insurance the Year You Were Born

> Saving Money > Health > Medicare and Medicaid: What They Are and How They Differ