Millions of Americans Have Medical Debt in Collections — What Can You Do to Avoid It? 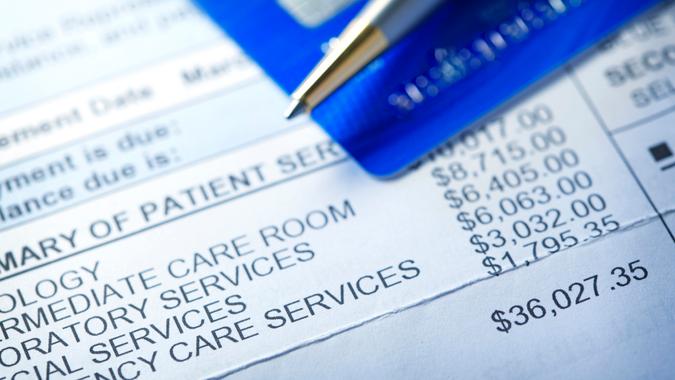 The COVID-19 pandemic has had a major impact on Americans’ ability to pay for health care, having contributed to both rising medical costs and economic uncertainty. One result is that many households have either had to go into medical debt or forego needed medical treatment.

See: New Ways To Protect Yourself From Surprise Medical Bills
Find: Medical Expenses You Can Deduct From Your Taxes

Nearly one-third of Americans say they have not sought treatment for a health problem in the previous three months due to cost, according to the new “2021 Healthcare in America Report” from Gallup, which surveyed more than 6,600 U.S. adults.

That percentage has tripled since March.

Credit Karma, a consumer technology platform with more than 120 million members, reports that nearly 23 million of its members currently hold $47.6 billion of medical debt in collections. That’s actually an improvement from September, when $48.6 billion in medical debt was recorded — a possible sign that even more people are forgoing medical care to avoid costly bills, according to an email sent to GOBankingRates from a Credit Karma spokesperson.

So, what can you do to save money on healthcare costs and avoid having your medical bills sent into collections?

One thing Credit Karma suggests is taking advantage of potential tax breaks that let Americans with high medical expenses take a deduction to reduce their tax bills. For 2021 taxes filed in 2022, the IRS lets you deduct qualified unreimbursed medical care expenses that exceed 7.5% of your adjusted gross income (AGI).

All qualified medical expenses can be found online at the IRS website. But examples of qualified unreimbursed medical expenses include preventative care, surgeries, visits to psychologist and psychiatrist offices, payments for prescription medications, and even travel and lodging expenses when traveling to seek care.

Meanwhile, here are some tips Credit Karma offers to keep your medical bills from being sent to collections: