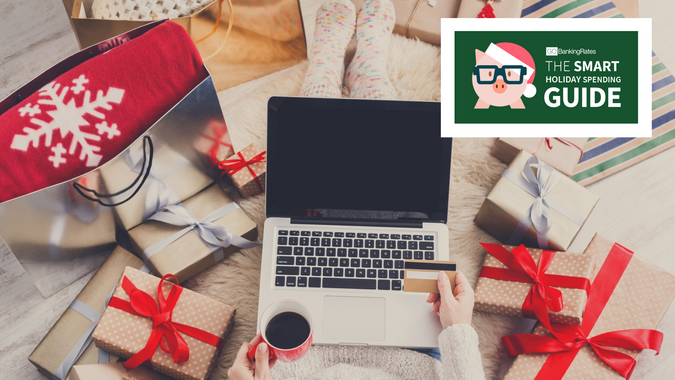 The holidays bring out the generosity in many people, even when that means spending money on gifts, decorations, food and clothes you can’t necessarily afford right now. According to the National Retail Federation, the average person plans to spend about $1,000 on the holidays this year. While that amount may be manageable for some, if you put it on credit cards, store credit or variations on “buy now, pay later” payment plans and don’t pay it all off right away, the interest on that $1,000 could quickly take months, even years to pay off. Here, experts outline scenarios for just how much you could be paying over time if you don’t pay your holiday bills immediately.

We’ve Got You Covered: The Smart Holiday Spending Guide
Helpful: How To Use a Credit Card Like a Pro This Holiday Season

The Average Holiday Spend May Be Going Up

While $1,000 is the expected average holiday spend, according to Kari Lorz, a certified financial education instructor and founder of MoneyfortheMamas.com, in 2020, holiday spending was at a six-year high, and, she said, CNBC reports that holiday sales are expected to grow at least 7% this year, according to industry experts. “So that brings us to $1,478 in holiday debt…Do you have your aspirin ready for this holiday debt hangover?”

Even if you didn’t charge anything else but your holidays on that card, and pay $30 each month, about $5 over the average minimum payment, she said, “You’ll pay $722 in interest and it will take you 63 months to pay it off. Five more Christmases will have come and gone and you’d still be paying for 2021.”

“Many would argue that this kind of debt isn’t worth the five years of paying for it, and they’d be right,” she said.

Credit card companies often seduce with great deals up front, such as temporarily low interest rates or signing bonuses. But over time, the average credit card APR is 18.24% for new card users, and 14.54% for existing card owners, said Darren Nix, founder of Steadily Landlord Insurance. That means that a new card owner who puts $1,000 on their card will pay around $47.78 in interest if they pay it off after one month. Multiply that by more months and you’re looking at a heck of a lot more than $1,000 spent. And, he said, keep in mind that department store credit cards can have interest as high as an average of 25.90%.

Consider a statement balance of $2,000 with 18% APR, said Jake Smith, owner and managing director of Absolute Reg Ltd. “If you pay the minimum monthly payment of $20, you will need about ten years to pay off the debt accumulated from the interest alone. That would leave you a total interest amount of $1,600, which is about 80 percent of your original balance.”

More Help: From Airfare to Gifts to Your Tree, How To Save on Every Aspect of Holiday Spending

“Borrowed expenditures become future debt today,” said Johnny Medina, co-founder and CEO of Nabla Financial, a Fintech company in wealth management. He posits a scenario where you already carry a $5,000 balance on a credit card with an APR of about 18%, and say you add your $1,000 in holiday spending to this card. You will need to make a monthly payment of $504.12 to pay this card off in 12 months. “The question now becomes which of my current household needs will I reduce by 19% to make up for the increased liability?”

Save More: Wrapping Paper, Greeting Cards and More Holiday Items to Only Buy at Dollar Stores

A newer phenomenon that’s gaining traction this holiday season is the “buy now, pay later” method, said Jake Hill, CEO of DebtHammer. “This is when companies allow you to make smaller, consecutive payments instead of paying in full upfront.” An example of this, he explains, would be, instead of paying $100 for an item at the checkout, paying $25 a month for the next four months. “This concept tricks a lot of people into feeling like they are paying less than they actually are for a product, and it can have some consequences if you don’t make your payments on time,” he said. It’s important not to forget that BNPL is essentially a loan. “Failing to make your payments on time can result in additional late fees, or interest charges, causing you to spend more money than you would have if you had just paid the total upfront. There is also the possibility of your credit score being damaged.”

To get ahead of the excess interest you’ll rack up by not paying off your holiday expenditures, try to pay as much each month as you can, Smith said. “If you don’t have enough financial resources to pay the total amount right away, try to pay installment amounts as much as possible in the first two to three months to avoid incurring high interest charges.”

Tips: 18 Reasons Why You Should Be Using Your Credit Cards More

It is far more sensible to try to cover the cost of the holidays in advance, said Baruch Silvermann, personal finance expert and CEO of The Smart Investor. “If you can afford to pay $150 a month on your credit card bill from January, try to put that money aside now. Even getting prepared two or three months in advance could allow you to save $450 before Christmas. Add this to the 150 in January and you’ve almost covered the cost of your Christmas [and other holidays] spending.”