How This Year’s Black Friday Deals Stack Up to 2020 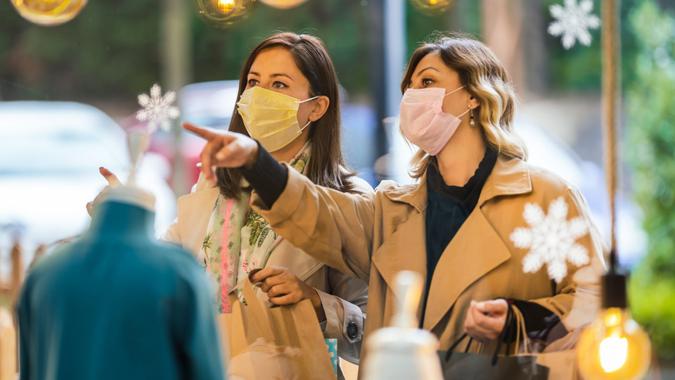 If you’re gearing up to do some serious shopping and save big this Black Friday, you may be disappointed this year. Unfortunately, factors like clogged U.S. ports, truck driver shortages and a scarcity of computer chips are putting immense pressure on the supply chain, which means Black Friday Deals probably won’t be as good as they were last year.

See: 6 Holidays Purchases That You Should Only Make at Costco
For Your Shopping: The 14 Best Holiday Deals From Costco’s Early Black Friday Coupon Boo

Last year, industry experts predicted that Black Friday would see a decline due to the pandemic. Instead, great deals were in effect and consumers spent lots of money. However, it’s likely that consumers won’t see the same caliber of deals this year because demand is probably going to outweigh supplies in a lot of spending categories.  As a result, retailers won’t have to lower prices because consumers will be clamoring to buy what’s in stock regardless of discounts.

Good To Know: Costco, Walmart and 17 Other Stores That Will Be Closed on Thanksgiving

Here’s more from industry experts on how this year’s Black Friday deals are stacking up to 2020.

Are There Better Black Friday Deals for 2021?

If you’re planning to stretch your holiday budget by snagging great Black Friday Deals like you did last year, have a backup plan ready. Consumer analyst Julie Ramhold with DealNews is not optimistic at this point about Black Friday Deals being better this year than last.  “Overall, it doesn’t seem like it,” Ramhold said. “It actually appears to be the opposite, unfortunately, with 2020 having better deals than what we’ve seen thus far this year. Last year, retailers had plenty of stock for many categories, but remained closed due to recommendations from health experts; this year, things may be returning to normal as far as shopping habits go, but the stock just isn’t there in many cases.”

Options: Target, Amazon and 4 More Retailers That Will Reward You for Turning In Your Old Stuff

Are There Impressive Online Deals This Year?

While some retailers revealed their Black Friday deals early this year, there are still plenty that remain to be seen. But again, don’t expect them to rival what you saw last year, according to Ramhold. “There are definitely still deals worth shopping for Black Friday online, but overall the ones we saw last year at this stage seem to be much better,” Ramhold said. “For instance, we’re still going to see Chromebooks as low as $99, $500 off select laptops, and TVs of all sizes with notable savings. But we may see fewer of the really impressive ones this year compared to last year.”

Save More: 21 Items That Are Always Cheaper at Costco

What Are the Main Categories of Deals for Black Friday 2021?

If you’re devising your shopping strategy and wondering what product categories will offer the best deals this Black Friday, here’s Ramhold’s take on some of the categories where you’ll see the biggest discounts. But don’t stop here. Sign up for text and email alerts from your favorite retailers, so you’ll be one of the first to be notified about special holiday deals and discounts.
Cut Now: 35 Useless Expenses You Need To Slash From Your Budget Now

“Hands down, electronics are one of the best categories to shop every Black Friday because it encompasses everything from TVs to laptops to smartphones and tons of other items as well,” she said. “All the major retailers will have deals on these items, including some of the latest and greatest products like the iPhone 13 lineup.”

“Black Friday is a really good time to shop fall clothing items like sweaters and boots, as well as winter-weather accessories,” Ramhold said. “We already know retailers will be offering 50% off boots and 30% off sweaters and accessories for Black Friday sales.”
Don’t Wait: 19 Effective Ways To Tackle Your Budget

“Department stores and big box retailers alike will offer select small kitchen appliances at super-affordable prices for Black Friday,” Ramhold said. “Look for things like waffle makers, blenders, toasters, and more to fall under $20 or even under $10.”

Are Any Black Friday Deals Affected By Supply Chain Issues?

“Officially, toys were the No. 1 worry many retailers had earlier this year, but manufacturers stepped up production to try to mitigate the supply issues,” Ramhold said. “And that may be why we’re seeing better toy discounts overall, compared to last year. However, other categories are suffering from both inflation and supply issues so that we’re seeing weaker discounts on things like electronics, appliances, and tools. Discounts for TVs are slightly worse compared to last year, as well, but we are still seeing discounts worth shopping.”