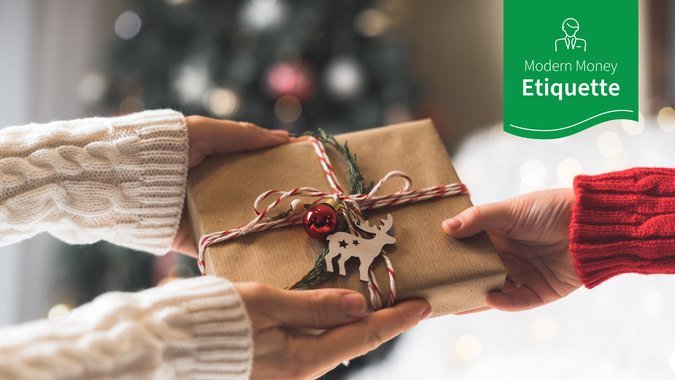 The holiday season is gearing up to be an expensive one. A new Deloitte forecast predicts that folks will spend up to 9% more this holiday period compared to 2020, with Americans expected to spend a total of $1.2 trillion. This spending will be gobbled up by retailers, some of which have already unveiled holiday sales, and so the pressure is on for consumers to spend, spend, spend — and not just because they want to, but because they’re cornered into it by gift exchanges, holiday excursions and more events hosted by others.

“Especially around the holidays, hosts can get a little intense, if not downright pushy because they want their holiday gatherings to be a success,” said Julie Ramhold, consumer analyst with DealNews.com.

This pushy behavior by co-workers, family members and even friends can make one feel like they’re a stingy grinch if they don’t join in on the pricey festivities, even if they’re doing so because they can’t afford it or simply want to trim their holiday spending. How can we get around (and out of) this tricky situation?

Be Aware: How Much Should You Spend on Gifts for Acquaintances?

Be Direct And Honest

“In order to not feel pressured into seasonal gift exchanges the number one thing you should do is be direct and honest,” said Sha’Kreshia Terrell, personal finance educator and CEO of Humble Hustle Finance. “If you can’t afford it, simply tell someone that a gift exchange is out of your budget. Be direct and get it over with. Honesty creates less guilt and shame in the future.”

Find Out: Do You Always Have To Pitch In for an Event or Gift at Work?

Say Thank You and Then Just Say No

“We certainly don’t want to live in a world in which someone is obligated to get themselves into a financial pickle just for the sake of being ‘polite,'” said Nick Leighton, etiquette expert and host of the weekly etiquette podcast Were You Raised By Wolves? “But it’s entirely possible to be both polite and direct at the same time, so the best thing to do is to first thank the organizer for the kind invitation and then clearly say that you’re simply ‘unable to participate this year.'”

Have a Good Excuse To Opt Out

Sometimes being direct isn’t the most effective way to go about it — particularly if your family member, friend or colleague is sure to be persistent in trying to get you to participate in a seasonal gift exchange or other festivity.

“If you know — or strongly suspect — that the host won’t accept you politely declining to participate, consider saying something like, ‘in lieu of giving gifts this year, I’m making a charitable donation instead,'” Ramhold said.

By doing this, you can choose a charity to donate to, and your host doesn’t have to know that you may only be donating $5 or even $1.

Traveling During the Holidays? How To Be a Financially Gracious Houseguest When Staying With Friends or Family

Let the Host Know ASAP That You Won’t Be Participating

“If it’s a sign-up sheet at work, you can simply not sign-up, but if it’s a gathering then you’ll have to actually let the host know you can’t participate in the gift exchange part of the party,” Ramhold said. “Consider lessening the blow by committing to bringing an extra dish or snacks if it’s a potluck type of situation.”

Important: How Much Do You Pay or Tip a House Sitter?

Plan a Charitable Experience Instead

“Plan to do an ‘experience’ together rather than a gift exchange,” said Rachel Wagner, licensed corporate etiquette consultant, speaker and trainer. “Ideas may include the soup kitchen volunteering experience, ringing bells for the Salvation Army, or baking cookies together for a cookie exchange. Or, what about taking several colors of festive nail polish to a nursing home (if visitors are allowed) and polishing the fingernails of women residents?”

Find Out: Someone Gives You a Pricey Birthday Gift, Do You Have To Spend the Same?

“You can also consider saying that you’re not participating in gift exchanges because you’re trying to cut down on material items and/or clutter,” Wagner said. “However, beware that this kind of excuse may result in you needing to remember it long-term. You don’t want to talk about living a clutter-free lifestyle and then a few months later show off a new fancy gadget or something like that.”

Implement a Homemade Gift Rule for the Exchange

“Consider seeing if you can turn the whole thing into something like a cookie exchange instead,” Ramhold said. “That way people can bake their favorite holiday treats and bring enough to trade with everyone else. And then everyone will be able to take home a container of home baked goodies.”

Stop: 6 Rude Money Questions You Should Never Ask (or Answer)

“If you have coworkers, friends, or family members who are in the same boat or feel the same way, get together to present a united front,” Ramhold said. “With enough people not having the funds or wanting to participate, it should (hopefully) be easier for the host to accept not everyone should be forced to buy gifts for an exchange.”

Ramhold added that, to be clear, you shouldn’t confront the host in an aggressive manner.

“If you’re speaking in person, consider mingling in the breakroom with some of your supporters, or send an email to the host with your supporters on it,” Ramhold said. “Make it clear that you’re all willing to help in other ways.”