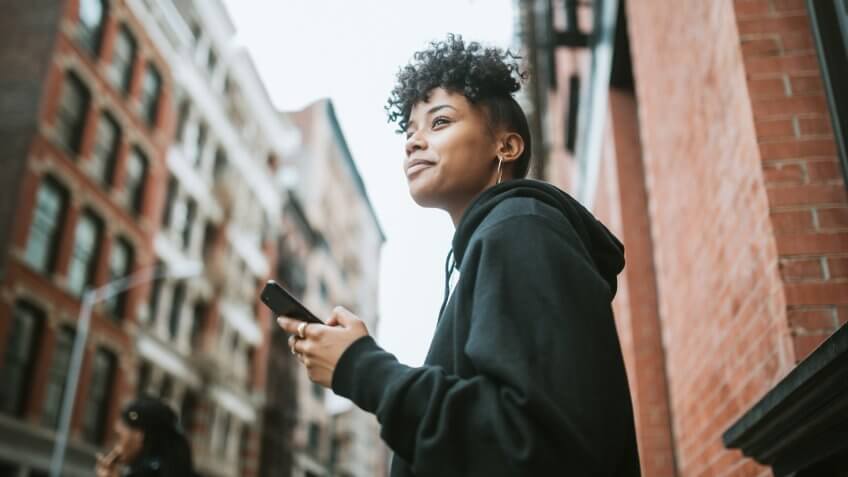 With real estate prices climbing, owning a home is no longer financially feasible for many Americans. Other people who eschew homeownership do so because they prefer the freedom that comes with renting rather than owning. Whatever the case, if you decide to rent rather than buy, the cost of rent can really add up over a lifetime — especially if you are living in a major city.

GOBankingRates estimated how much you would spend on rent by age 30, 40, 50 and 60 in the 25 most populous cities — assuming you are 25 when you start renting — by looking at the year-over-year increase in rent and using that figure to determine how much you would pay each year. Because the real estate market is volatile and percent changes in rent are bound to fluctuate, these numbers are a rough estimate rather than an actual forecast. Cities are ordered from least- to most-populated.

Click through to see how much you could spend on rent throughout your lifetime. 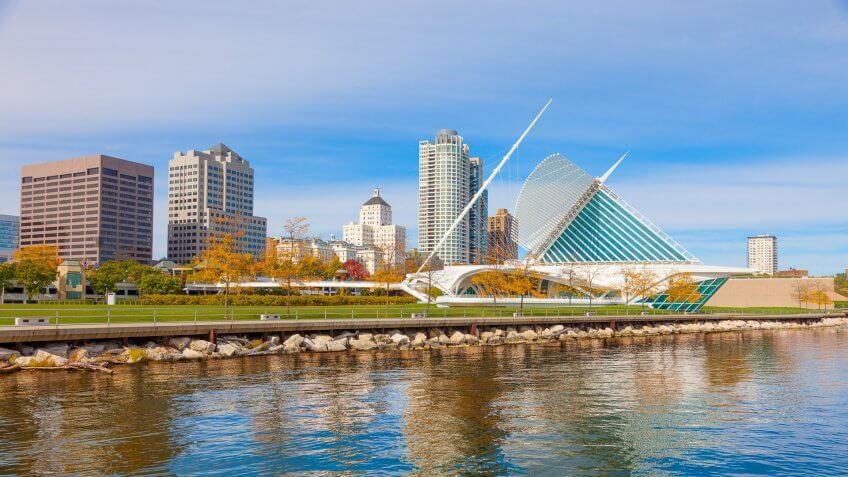 Among the major cities included in this study, Milwaukee has the fourth-cheapest rent, with an average monthly rent of $1,120. The year-over-year change in rent in the city is 2.6 percent, which would amount to a $29 increase each year. Although rent is cheap, it could be financially worth it to buy a house in Milwaukee: It’s one of the best cities for aspiring millennial homeowners, a separate GOBankingRates study found. 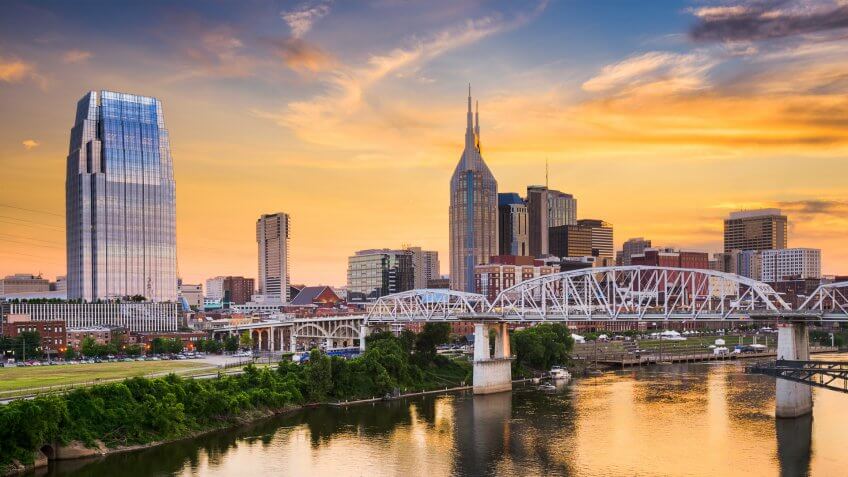 Rents are increasing by an average of 2.3 percent every year in Music City, which amounts to an extra $37. The average monthly rent in Nashville for February 2017 to February 2018 was $1,585.

Nashville is one of the cities where 50 percent of Americans can’t afford to buy a home, a GOBankingRates study found, so renting is the only option for many households there. 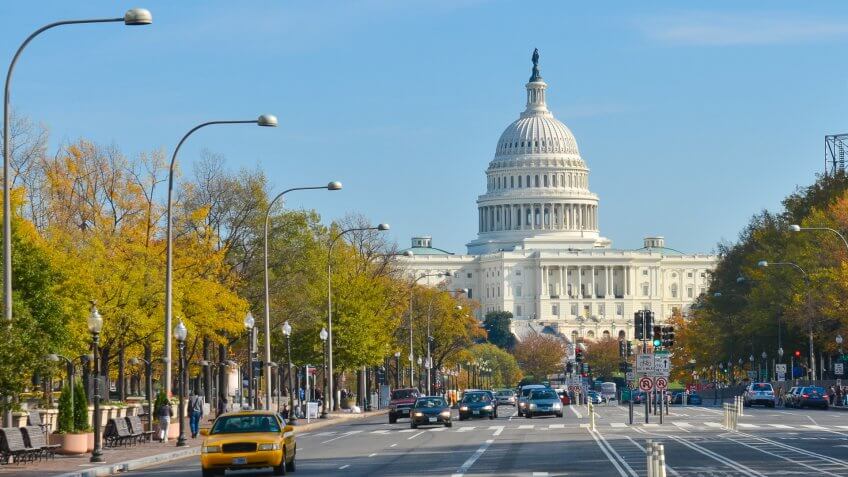 It costs a pretty penny to rent in our nation’s capital, where the average monthly rent is $2,715. And that number is on the rise. Rents in Washington, D.C., rise about 1.6 percent each year or $44.

In addition to high rents, Washington D.C. has a high cost of annual necessities, making it one of the worst cities to be making minimum wage, a separate GOBankingRates study found. 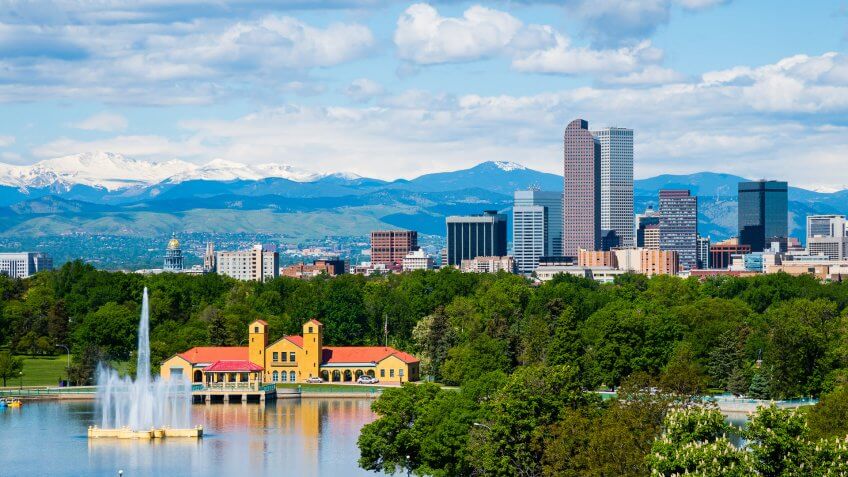 You’ll have paid over a million dollars in rent by age 60 if you live in Denver, where the average rent is $2,118 per month. Rents in the city rise an average of 2.9 percent per year, which amounts to an extra $60. If you want to move to Denver, you might need a salary increase. 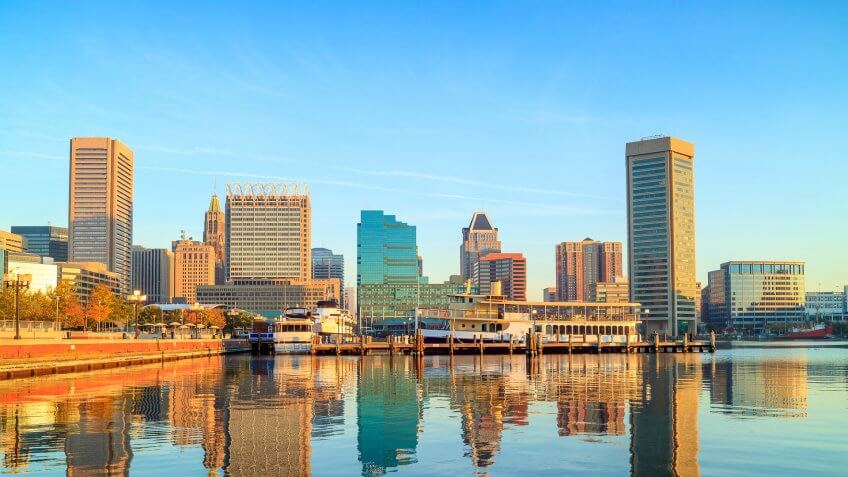 Rent in Baltimore rises an average of 1.7 percent every year. With rents averaging $2,118 per month, that amounts to a $22 yearly increase. 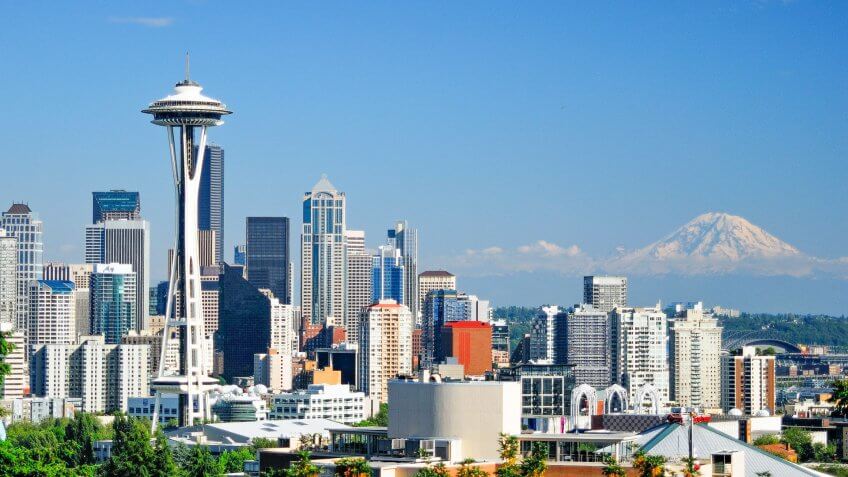 Rent in Seattle is rising by about 4.7 percent every year — the largest increase of all the major cities included in this study. Because rent is rising so rapidly, Seattle has the third-highest estimated amount of rent paid by age 60 of all 25 cities.

It’s not only rent that’s increasing in Seattle: It’s one of the cities where the cost of living will soar this year, a separate GOBankingRates study estimated. 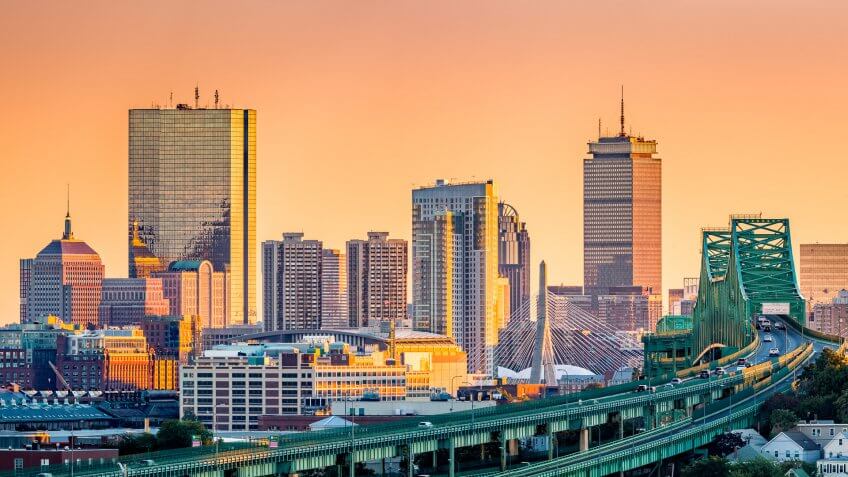 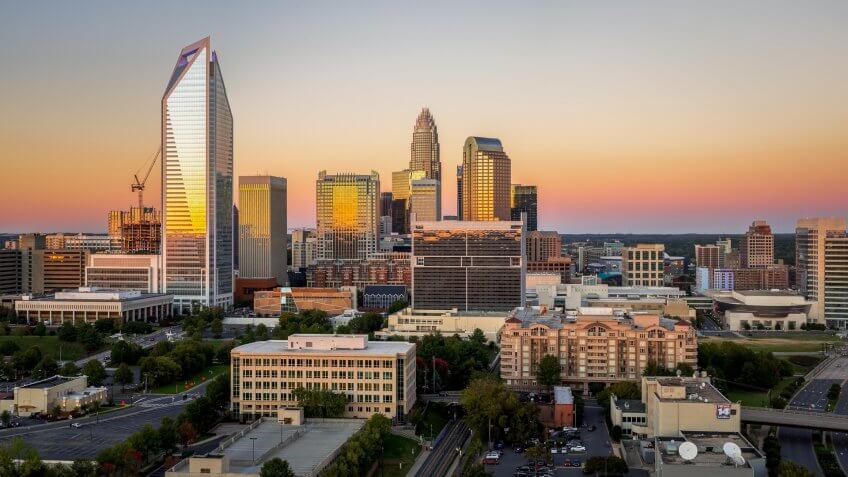 Rent in Charlotte is on the lower end compared to other cities in this study, with an average rent of $1,363 per month. However, the year-over-year change in rent is on the higher end, with a jump of 3.8 percent. Based on the base rent, that amounts to a $52 annual increase. 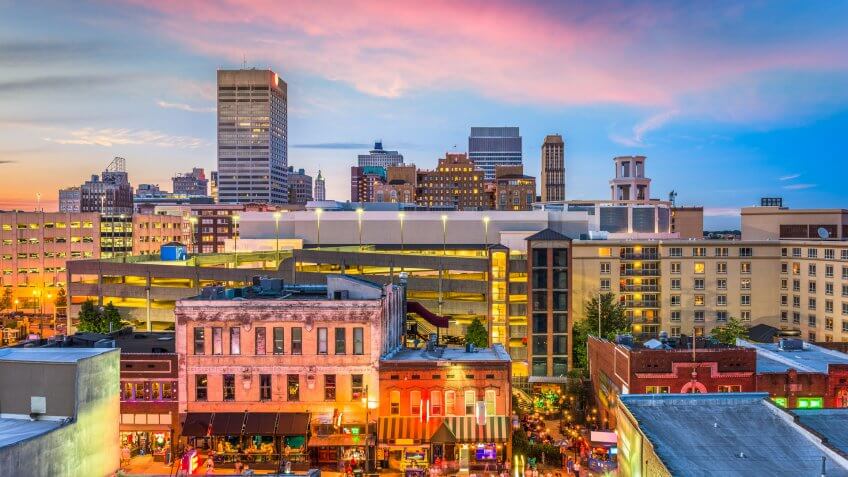 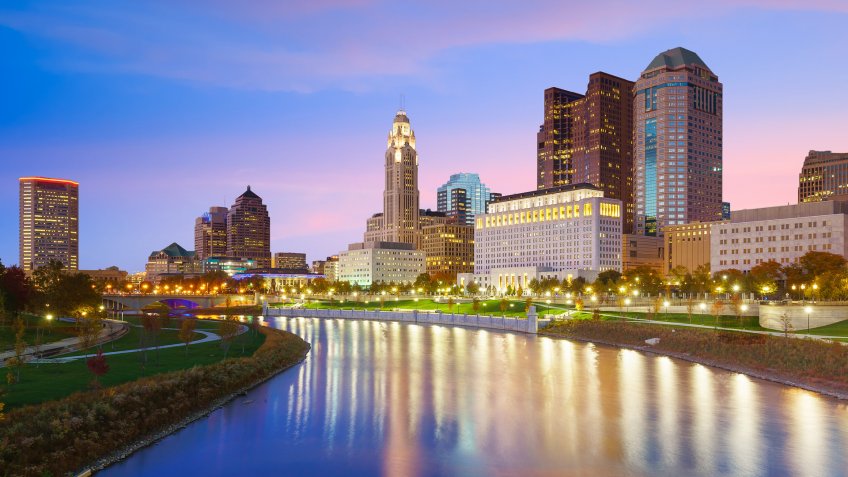 Rent in Columbus is rising an average of 2.1 percent per year. The average monthly rent is $1,208, so each year rent in the city increases about $25. 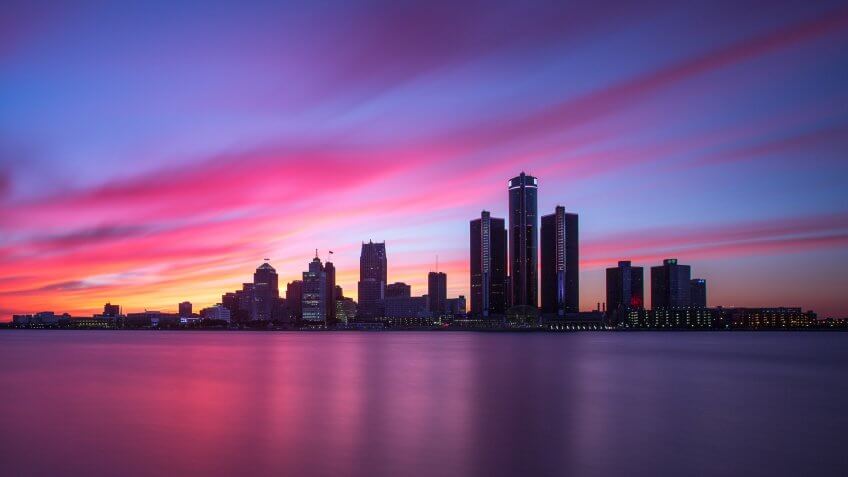 Spending over half a million dollars on rent by the time you’re 60 isn’t chump change, but Detroit is by far the most affordable city to rent in over a lifetime compared to the other cities included in this study. Although rent is rising at a rate of 3.2 percent per year — which is on the higher end compared to the other cities — the amount of rent paid to live in Detroit for each decade of your life is the lowest across the board.

Thanks in part to its inexpensive rent, Detroit is also one of the cities where you can live off less than $50,000, a GOBankingRates study found. 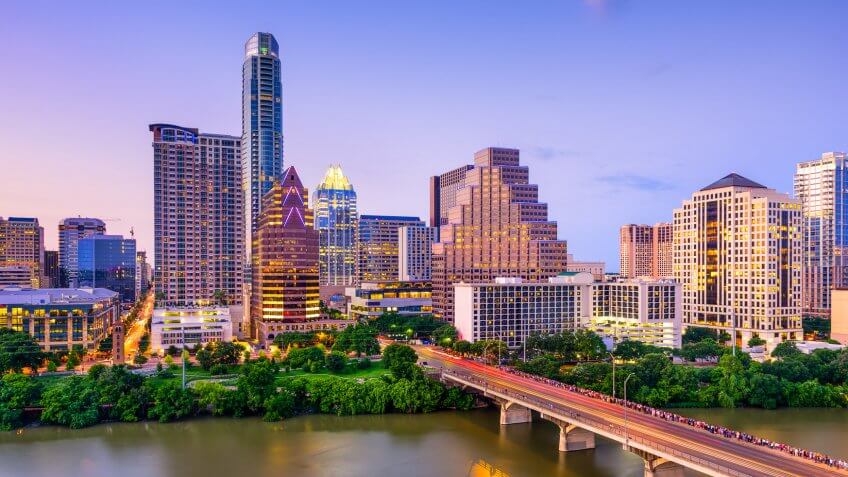 The year-over-year change in rent in Austin is only 1.2 percent — the fourth lowest of all the cities included in this study. From February 2017 to February 2018, the average rent in Austin was $1,876, and it’s expected to rise $22 each year. 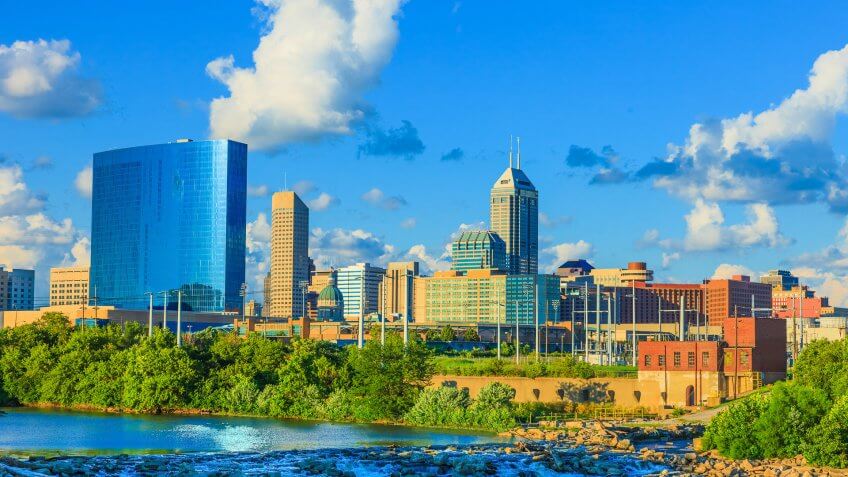 The average rent in Indianapolis is $1,115 per month — the third lowest of all the cities included in this study. It’s also one of the cheapest places to rent in the U.S. overall, a separate GOBankingRates study found. And, fortunately for renters, the year-over-year change in rent is on the low end at 1.7 percent. 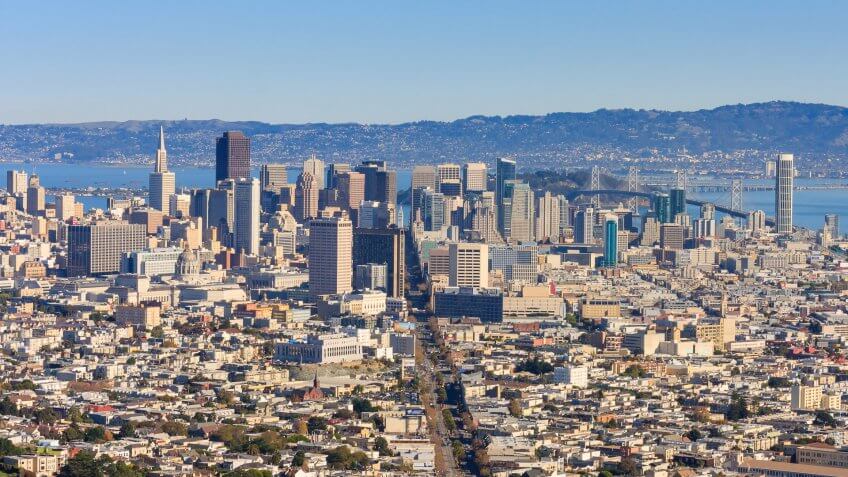 Rents in San Francisco are high — and getting higher. The average rent is $4,200 a month — the highest of all the cities included in this study — and it’s increasing at a rate of 2.1 percent a year. By age 60, you’ll have spent over $400,000 more on rent than you would have in San Jose, which is currently the second-most expensive city for renters.

Can You Afford to Live Here? This Is the Cost of Living Comfortably in America’s 50 Biggest Cities 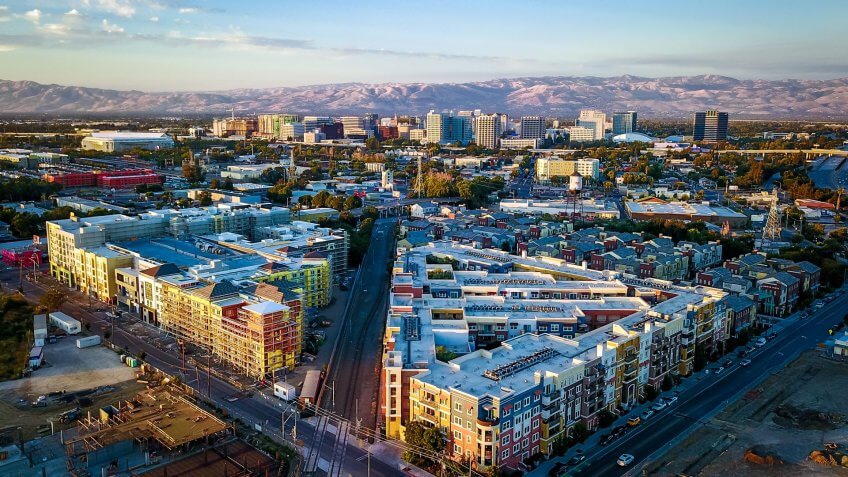 San Jose has the second-highest average rent, with the average monthly rent at $3,449. However, because the year-over-year change in rent is only 2.1 percent, you’ll end up paying more rent at age 50 and 60 in Los Angeles, where rent prices are increasing more rapidly. 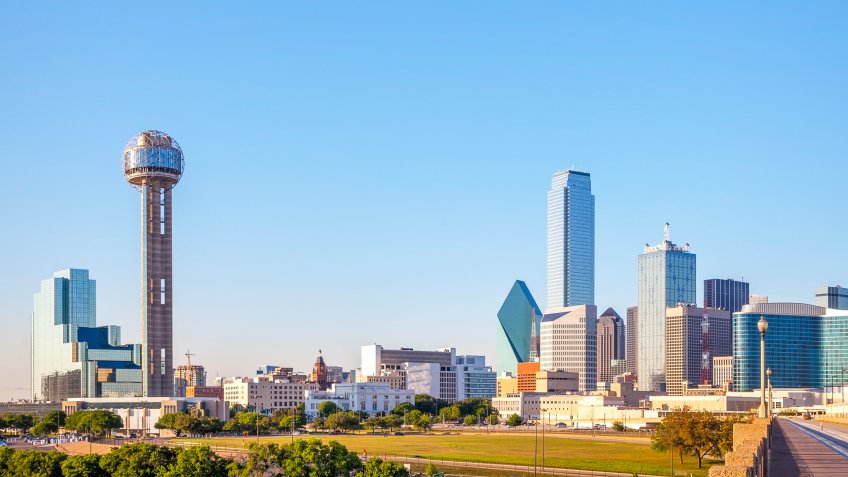 At an average of $1,430 per month, rents in Dallas fall about in the middle compared to the other cities included in this study. Rent in the Southern city is rising at an average rate of 2.4 percent, which translates to a $34 increase each year. 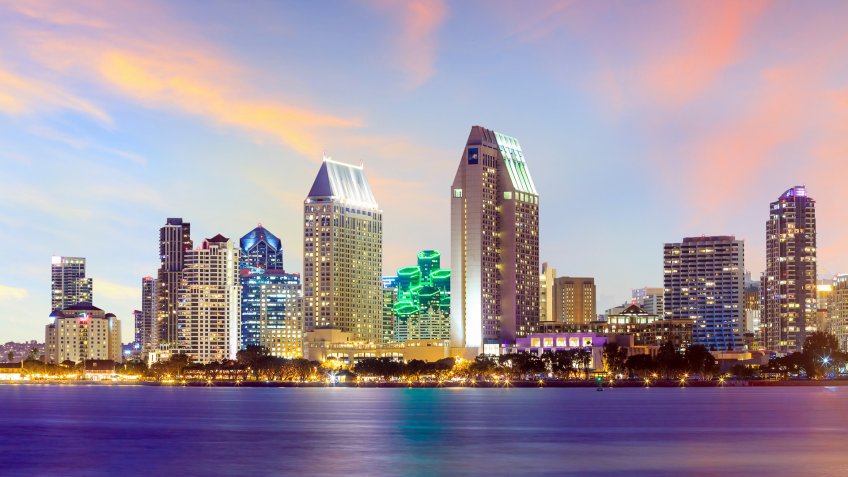 San Diego has the fourth-highest average rent of all the cities included in this list at $2,742. America’s Finest City also has one of the largest year-over-year changes in rent prices at 3.9 percent, which translates to a whopping $106 increase per year. 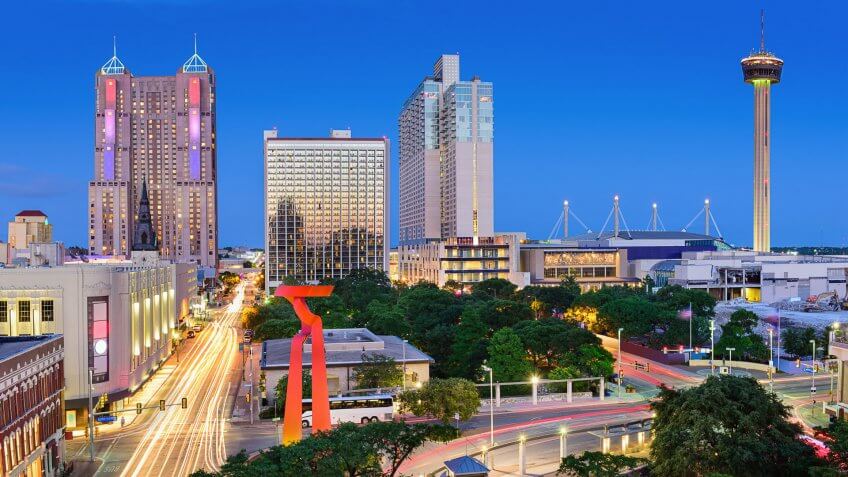 Rent is relatively affordable in San Antonio, with the average cost at $1,274 per month. Costs are only increasing an average of 1.5 percent per month, so the total cost of rent by age 60 is the fourth lowest compared to the other cities included in this study. 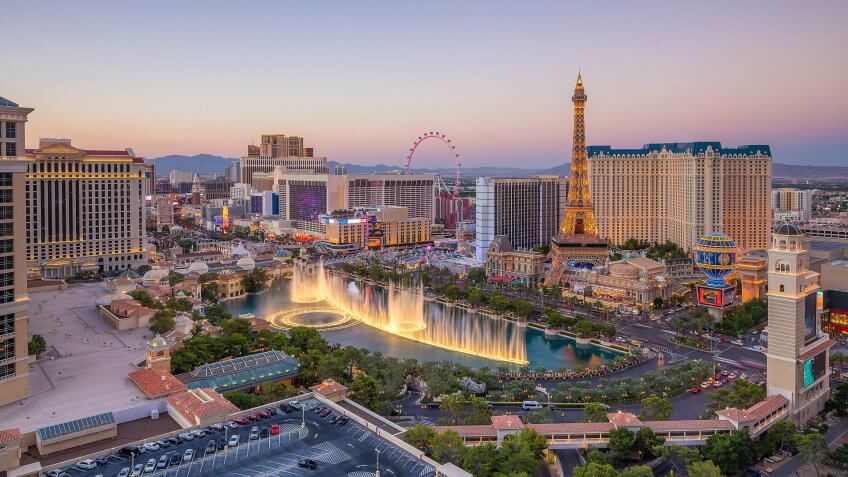 Rent is relatively affordable in Las Vegas — with the average rent at $1,315 — but it’s rising at an average of 4.4 percent year-over-year. That’s the second largest percentage increase of all the cities included in this study. 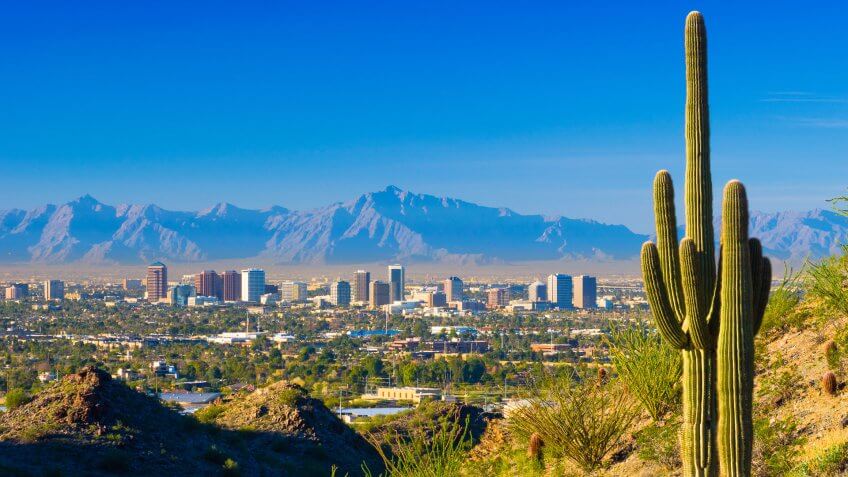 The year-over-year change in the average rent in Phoenix is 4.1 percent — the fourth highest of all the cities included in this study. With the average monthly rent at $1,319, that translates to an average increase of $54 each year. 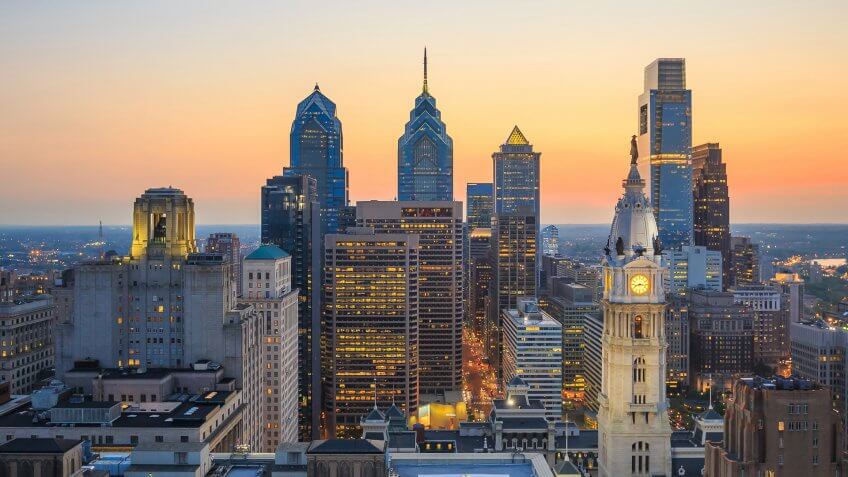 Although rent in Philadelphia is affordable, it’s the No. 1 city where rent is cheap, but the cost of living isn’t, a separate GOBankingRates study found. 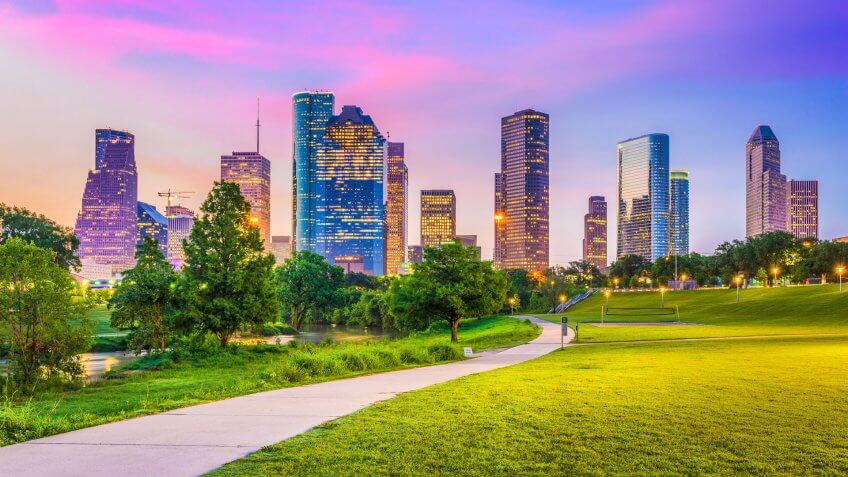 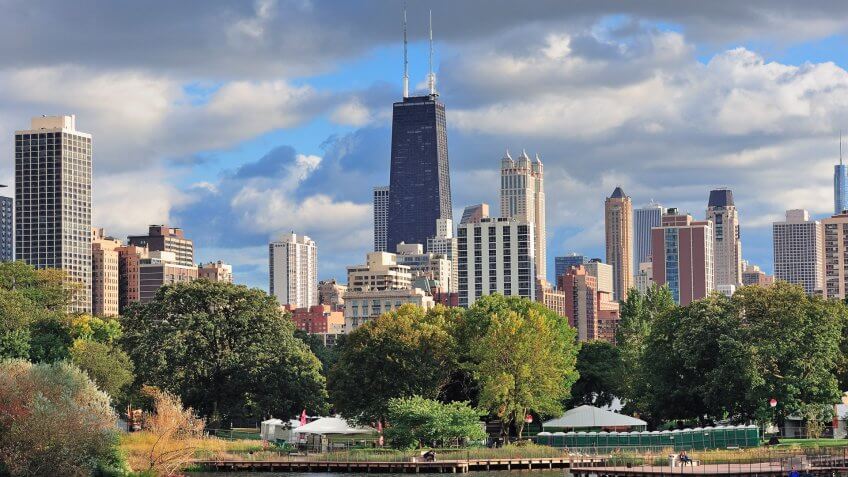 From February 2017 to February 2018, the average monthly rent in Chicago was $1,584. The year-over-year change was about 2.1 percent, which would amount to an average rent increase of $33 per year. 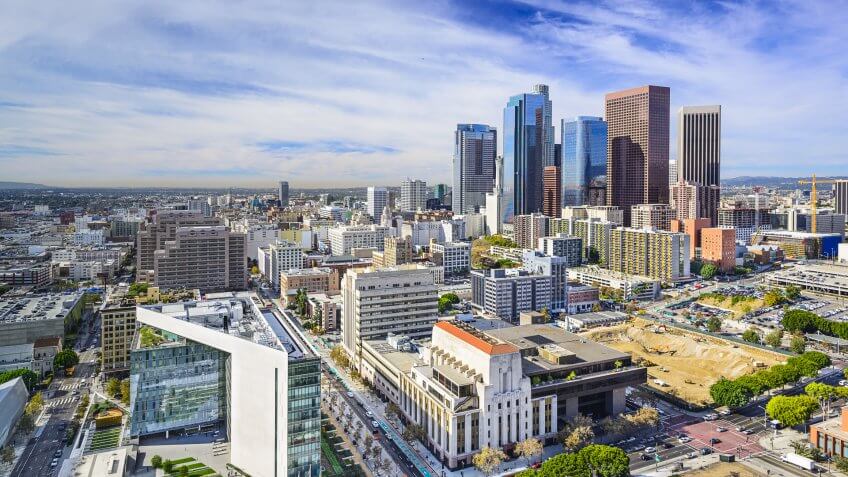 Los Angeles is one of the worst cities for saving money and the third-most expensive city for renters compared to the other cities included in this study, with an average monthly rent of $2,976. And things will likely get more expensive throughout the years, with rent increasing about 4 percent year-over-year. Because of the high increase rate, the overall cost of rent in Los Angeles will overtake San Jose by age 50. 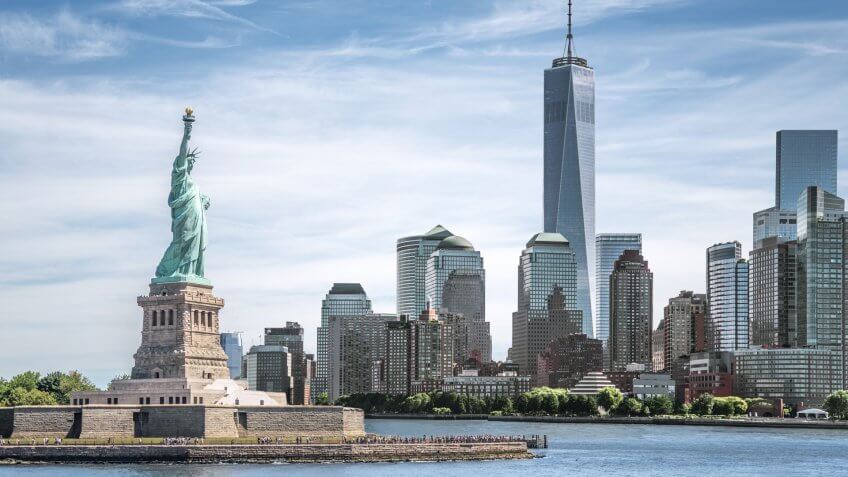 Good news for New York renters: The Big Apple has the lowest year-over-year change in rent costs compared to all the other cities included in this study. With rents increasing an average of 0.6 percent per year, that only amounts to an additional $14 in rent each year.

City vs. Suburban Living Across America: New Study Finds Out Which Is Cheaper 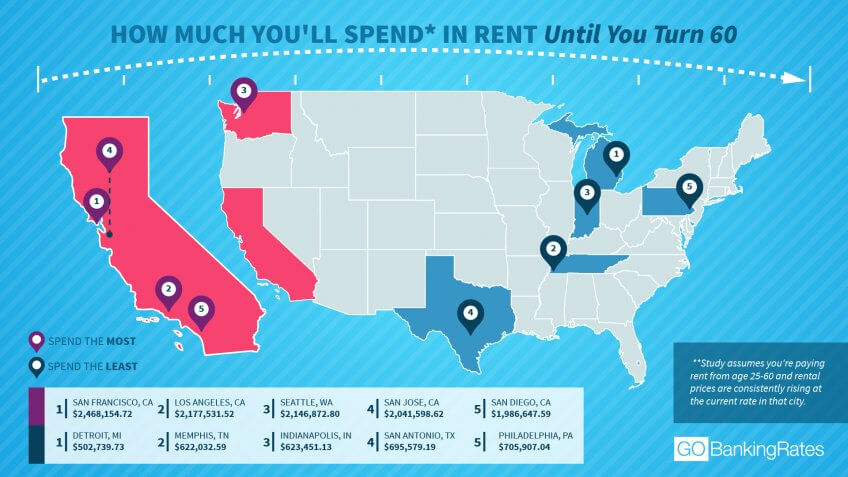 How Much You'll Spend on Rent Across America

However, because rents are rising at different rates in these major cities, there is a shift in the order when looking at the highest amount of rent paid by age 60. Looking long-term, the most expensive major cities to rent are San Francisco, Los Angeles, Seattle, San Jose and San Diego, in that order, with the top four cities costing over $2 million in rent by age 60.

Click through to see what $1,500 in rent gets you in every state.

More on Cost of Living:

Methodology: GOBankingRates determined how much you will spend on rent in major cities across the U.S. by the time you’re 30, 40, 50 and 60 years old using 25 years old — the average graduation age across the U.S. — as the age that one begins renting. Median rental prices for the biggest U.S. cities are sourced from Zillow, and the one-year average rental price was calculated for each city by averaging the rental cost from February 2017 to February 2018. Once the one-year average was determined, GOBankingRates took the year-over-year percentage increase and extrapolated out the number of years to come up with how much one will pay rent by age 30, 40, 50 and 60.

Note: This study assumes that rental prices will continue to consistently rise at the current rate over a 35-year period of time. The real estate market fluctuates over given periods of time, which could significantly affect the forecast prices this study found. These prices are representations of what rental costs would look like if the real estate market continued growing at the current rate and remained that way for the next 35 years. 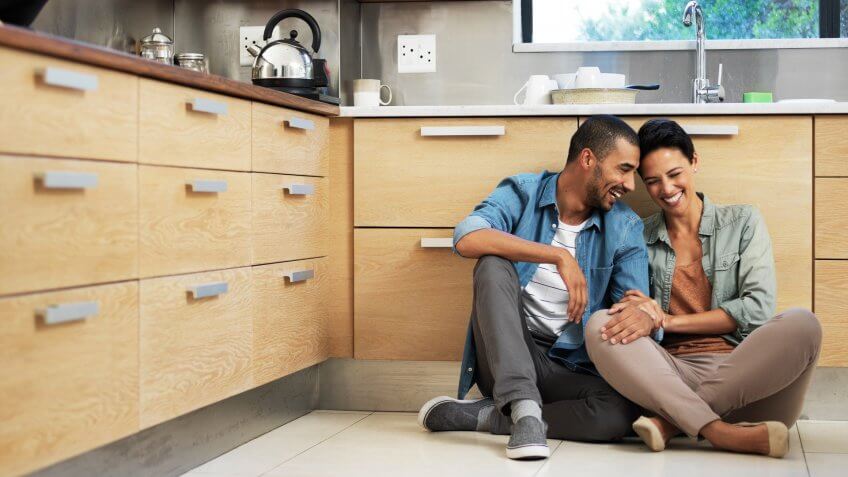 The Cost of Renting vs. Owning a Home in 50 Cities

Make the most of your money by knowing which option is better.