Divorce is always difficult. Even when your split is largely amicable, as mine was, there’s still a lot to do — and that includes figuring out how to divide the assets.

It might seem pretty straightforward, but it’s not just about what happens to your money in the bank, who keeps the house and figuring out the child support. Here are a few extra things I had to tackle during my divorce that you might not have even considered.

Read More: The True Cost of Divorce in America

Where Does the Stuff Go?

If you both have items you brought into the marriage, it’s fairly easy to just keep what you each brought in. But if you’ve been married long enough, eventually that stuff is replaced by items bought together. You know you’re going to have to figure out who gets the big stuff, like the TV or the couch or the dining set. But there’s plenty of oddball stuff, too. You don’t think about who keeps the Christmas tree and related decorations until you’re pulling it all out and spreading it across the floor.

All of that needs to be considered. Who keeps the shared acquisitions? Or do you just have a massive garage sale and split the proceeds? We divided up everything pretty well, taking into consideration future living conditions, and what it would cost to replace various items.

Discover: 6 Money Mistakes That Can Lead to Divorce

Don’t Forget About the Digital Assets

Who’s going to get the Netflix account? Who keeps all those songs downloaded through iTunes? Today, we have to think about who keeps the digital assets, as well. From your PlayStation Network login (and purchase history) to the Amazon login, many couples have shared digital assets. Though most of us have separate social media identities, other things, like the Hulu account, are often shared by the whole household. And what about the phone plan?

All of that has to be divided up. If you’re not keeping the digital asset, you need to create a new account for yourself. And if you are keeping the account, a new password is in order.

Extra Stuff for the Kids

So, you figure out custody and child support. Seems like a done deal. But as you go on, kids get more expensive. They get involved in sports, music and other activities. My son recently wanted a new phone and a new gaming computer. Who’s going to foot the bill for those things? Somehow child support just doesn’t do the trick.

Luckily, good communication with my ex yielded solutions. He’s willing to help pay for some of the big-ticket items — and we require our son to pitch in, too. But you need to have a good co-parenting relationship to make these sorts of compromises work. And that’s important because sometimes the money stuff doesn’t stop after the marriage.

Do You Know? The Most and Least Expensive States for Divorce

What Happens With a Tax Audit?

The statute of limitations for a basic tax audit is three years (it can go seven if evidence of fraud is found). Two years after our divorce, my ex received a notice from the State of Utah informing us that they’d look at our tax return from three years ago and found a mistake. Our accountant had left something out, and we owed, jointly, more money to the state. Though we got the accountant to pay for part of the mistake, we still had to divide up the remainder of the tax bill.

It’s easy to think that you’re moving on from shared expenses and money issues when the divorce is final, but some things come back to haunt you.

Did You Truly Divide All the Assets?

Just this summer, my ex bought a new car, trading in his old one. We had two cars at the time of the divorce, and we each just kept the car we considered ours. However, my ex’s car was bought way back in the day when we only had one car between us and my name was never removed from the title. We didn’t think about it at the time of the divorce. He kept the car, no biggie.

Until he tried to trade it in. With my name on the title along with his, he needed my notarized signature to release the car — a bit difficult when we live 2,000 miles apart. We managed it in the end, but it would have been better to double-check all the paperwork before moving forward with the divorce.

It’s not really the time you want to be thinking about the nitpicky money issues in your life, but going through a divorce requires attention to a lot of quirky details. Plus, you also have to keep in mind that even after the divorce is final, there are still issues that can crop up and require more financial negotiation.

Click through to read why if you’re over 50, your chance for divorce just doubled. 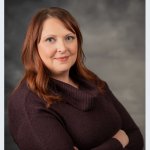 Miranda Marquit, MBA, is a nationally-recognized money expert and freelance financial writer. In addition to an MBA, she has a MA in Journalism and has been covering personal finance, investing and small business topics for 15 years. In her work, Miranda has contributed to NPR, Marketwatch, The Hill, FOX Business, HuffPost, Yahoo! Finance and several other financial media. She is the founder of an investing podcast, as well as the co-host of the Money! podcast at Money Talks News. 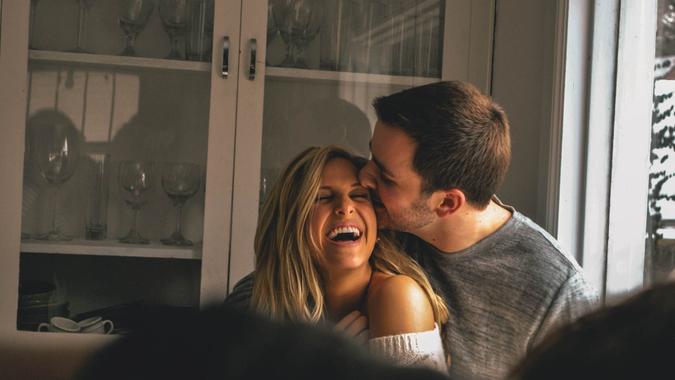 How Not Having Kids Improved Our Marriage and Saved Us Money

Learn why this couple is childless by choice.