Donald Trump is the boisterous billionaire who shook the political world by dominating the Republican primaries — in both the polls and in the media — while crushing conventional wisdom and exhibiting remarkable political staying power. One Trump biographer considers Trump to be the most famous businessman in the world for nearly four decades running, even eclipsing other celebrity titans like Warren Buffett, Steve Jobs and Bill Gates.

The owner of trophy properties like Doral Golf Course in Miami, 40 Wall Street and, of course, Trump Tower, is estimated to have a net worth of $4.5 billion. Detractors of the real estate developer, television personality and perennial presidential candidate frequently accuse him of being short on ideas and short on elegance — but Trump is never short on words.

Here are six of the best Donald Trump quotes that you can apply to your finances in 2015.

Related: How Donald Trump Makes Over $250 Million a Year

A single bad investment can quickly negate earnings gained from a lifetime of good investments. Or, in the words of Donald Trump,”Sometimes your best investments are the ones you don’t make.”

The single most common mistake that novice investors make, according to Investopedia, is to buy stock on the way down. Buyers dump money into sinking stocks thinking that the stock has reached an artificial low and will soon rise back up and become more valuable. In reality, the stock often continues its downward slide until the investor either runs out of money or decides to cut his losses.

Don’t chase stocks on their way down. Have an exit plan for when a security starts to tank. Don’t put too much money into one stock at the same time. Although you shouldn’t sell too soon, be sure to cut your losses when declines seem irreversible and never buy stocks you “love” purely on emotion. In short, follow Trump’s advice and make your best investments the terrible ones you avoid.

2. Make Money Doing What You Love

In an article titled “Why You Should Quit Your Job And Do What You Love,” Forbes examines the elusive, but attainable, concept of turning your passions into a living. Most people have to pay bills. Most have to keep the landlord away. Those who have found a way to make a living off of doing what they would do for free anyway, however, have found the ultimate work-life balance.

The concept is summed up neatly in this piece of Donald Trump advice, “If you’re interested in balancing work and pleasure, stop trying to balance them. Instead make your work more pleasurable.”

Take honest inventory of your likes and dislikes, your strengths and weaknesses, and your motivating passions before you decide to quit your job and find a way to make your passions pay. Take risks, but those risks should be measured, calculated and realistic.

Have faith in your talents — many successful, self-made people attribute their success to an internal belief that they were capable of more than what they were doing. Finally, if you have the courage to change careers in pursuit of your passions, expect setbacks — be persistent, and always think with the long term in mind.

When you’re striking a deal, signing a contract or selling a car, it’s good business to avoid making promises you can’t keep. One classic way to achieve this is to promise less than you’re capable of delivering.

Of all the Donald Trump quotes that address this subject, this one just might be the best: “When I build something for somebody, I always add $50 million or $60 million onto the price. My guys come in, they say it’s going to cost $75 million. I say it’s going to cost $125 million, and I build it for $100 million. Basically, I did a lousy job. But they think I did a great job.”

You probably shouldn’t aim to get overpaid for doing a lousy job, but, as Business Insider pointed out, it is wise to factor hidden surprises into timelines, budgets and agreements. If you overpromise — or even accurately promise — a shipping timeline, a price point or a completion date, you are one stalled delivery truck, one computer crash, one unpaid invoice away from a disappointed customer, boss, client or partner. Instead, set expectations low and then smash them.

4. Keep Your Eye on the Money

The bottom line is a company’s net profits — the amount of money it has left over after deducting all of its expenses from its revenue. For Donald Trump, it is the only number that matters. “I have made the tough decisions, always with an eye toward the bottom line,” Trump said.

People who are financially irresponsible have plenty of excuses never to take control of their finances. “I have to spend money to keep up appearances,” they say, or, “I have plenty of time to make the money back,” or, “You only live once, I may as well spend and have fun now.”

Taking your eye off of your bottom line is a sure way to end up as one of the millions of Americans — roughly one in three — who has no retirement savings, no 401k and no pension for retirement.

When you invest your money, you risk losing it. That can be a frightening proposition — but with risk comes the potential for reward. For the wealthy, this is an irresistible proposition. One of the best Donald Trump tips is, “The worst thing you can do is be timid and let your money just sit in your savings account.”

People can invest their money — even modest amounts of money — in a variety of different ways. Stocks, bonds and real estate are among the most common investments. Start by learning the basics — the federal government set up Investor.gov to help novices get acclimated before they begin. But don’t waste any time getting some of your money out of that savings account and into the markets.

The average savings account offers a paltry return of 0.17 percent. The average historical return of stock market, on the other hand, is around 7 percent, including during the Great Depression and most recent recession. Be wise with your investments.

In order to make it in virtually any industry in the digital age, you have to have a Web presence. If you’re in business for yourself, or moonlighting on the side while your prepare to launch your own startup, you need a great website — but you don’t necessarily need an expensive website.

This final piece of Donald Trump advice comes from a critique the vocal billionaire made about the costly and initially buggy website that introduced the U.S. to the Affordable Care Act, or Obamacare. The website’s now-notorious rollout was botched from the beginning, with everything that could go wrong seeming going wrong.

Trump stated, “Remember the $5 billion website? $5 billion we spent on a website, and to this day it doesn’t work.”

Although you likely won’t get a premium website for $3, you probably won’t have to spend $5 billion, either. According to Forbes, websites are difficult to price because they vary so dramatically in functionality, design, security needs and support. An artist showcasing some paintings on a one-page website can expect to pay a lot less for a than a bank that needs a comprehensive system with multiple layers of security and backups. Determine why you need your website and what you expect it to do. Take multiple bids, both by the hour and at a flat rate, and shop not for the cheapest rate, but for the best value.

Keep Reading: What Donald Trump and Jim Cramer Have in Their Wallets 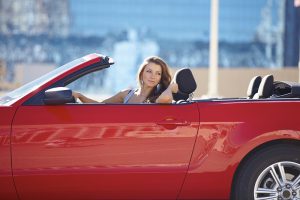 8 Excuses That Are Keeping You From Financial Success