There are plenty of great reasons to talk about money, from sharing savings tips to commiserating about rising rent prices.

“The more familiar you are with someone, the more appropriate it is to discuss finances,” said relationship and advice expert April Masini of AskApril.com. “The subject will come up naturally as you get to know someone and the things you talk about or experience together have to do with money.”

But a nosy question about money can quickly push a friendly discussion into awkward or inappropriate territory. Even worse is when the answers to such questions about money lead to resentment, judgment or unwelcome advice.

To help you talk about money without crossing the line, here are the seven most commonly asked rude money questions that you should avoid at all costs — along with polite and appropriate responses you can use to get out of an awkward situation.

1. How Much Money Do You Have?

Whether you’re running low on funds or have a net worth to rival Warren Buffett’s, this question could still put you on the spot.

Whatever your situation, Masini recommends saying, “Enough,” along with a polite smile. You might also try, “I’m always working on my financial situation, but I’m happy with where I am right now.”

Occasionally askers are just being nosy, but sometimes they might be looking for a guideline to what is financially appropriate for their situation, particularly if they are asking about savings and investments. In these cases, it can be just as helpful to answer with your approach to your finances rather than get into numbers and specifics.

2. How Much Money Do You Make?

The only time this question is really appropriate is when a potential employer is asking for a salary history, or you and your domestic partner are discussing your finances.

For all others, try one of these approaches:

Etiquette consultant Jodi Smith of Mannersmith.com said she was asked this question right after purchasing her home. A friend showed up with a new boyfriend, and though he and Jodi had never met, the first thing he did was ask, “How much was your house?”

Smith smiled and said, “More than we expected, but less than the asking price.” The boyfriend asked again and again, however, and eventually Smith just changed the subject by inviting them to join her other guests.

If you’d rather not say, it’s best to keep answers vague, as Smith did. “It was a good enough price that I couldn’t pass it up!” or, “About what you’d expect.”

The answer to this question mainly gets tricky when it’s “no.”

It’s tempting to make excuses or even lie about why you can’t give someone money, but that only gives the person asking something to argue with. If you technically could spare the money, don’t lie and say you can’t. Try something like, “I have already decided what to do with my money, I’m sorry I can’t help.”

“I steer away from lending money to friends or family, it places too much strain on the relationship,” if this is true for you.

You can also be straightfoward: “I’m not comfortable giving/lending you money right now.” Asking, “Are there other ways I can help?” can be a way to show them you still care and want to assist them, without money getting involved.

The only time someone would need to know this is if you were applying for a loan and the lender was trying to calculate your debt-to-income ratio. For everyone else, it’s none of their business and you certainly don’t have to give a figure if you’d rather not.

“I’ll be paying off that purchase for a bit, but it was worth it,” is a polite response that doesn’t invite further criticism.

“Not more than I can handle,” or, “I’m not exactly sure, but I’m working hard on paying down my debt.”

6. How Can You Afford That?

Jason Vitug, founder of Phroogal, had a clever response when he was asked, “Are you sure you can afford that?” His reply: “Did I forget to sign off online banking?'”

When the person asking seemed confused, Vitug finished with, “Oh, I thought I did since you had an idea what’s affordable for me.”

Most of the time you should just let the asker know that you thought the purchase through and feel good about it. “I did a lot of shopping around to find what I really liked. Don’t worry, it’s still within my budget!”

While your credit score might not seem like particularly personal information, the reasons behind it often can be. Credit scores can often be a reflection of how you’ve handled your finances over the last several years — so, though it’s just a number, it can reveal a lot about your money habits and history that you might not want others to know.

If the asker is anyone besides a loan officer or a significant other, you don’t owe him an answer — there’s no valid reason for asking. Politely smile and say, “I’d rather not get into that.” You can also say, “I don’t remember the exact number at the moment.” Or even, “I don’t know, I actually haven’t checked in a while. Thanks for the reminder.” 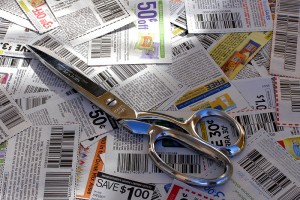