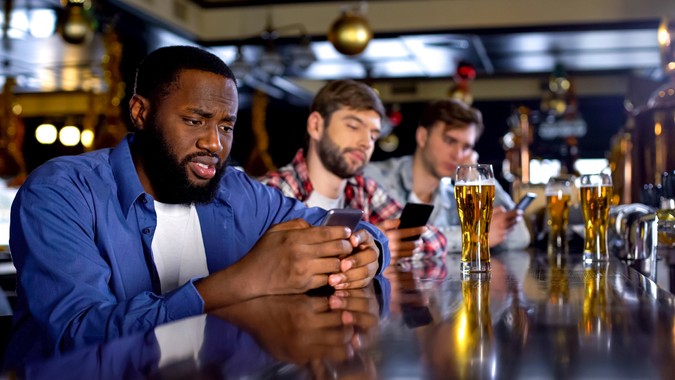 Despite a strong economy, a majority of Americans seem to be struggling to save money, according to GOBankingRates’ sixth annual savings survey.

Since 2014, GOBankingRates has polled Americans to find out how much they have in a savings account. This year, GOBankingRates asked adults from across the U.S. six questions to learn about their savings habits and what obstacles are keeping them from saving more. The results show that, compared with previous year’s findings, there’s a growing percentage of people with little to no savings. In 2019, 69% of respondents said they have less than $1,000 in a savings account compared with 58% in 2018.

“It’s puzzling to me that if the economy is doing so well and that we’re so close to full employment, that consumer confidence is up … that we haven’t seen the numbers move much in people’s ability to save,” said Bruce McClary, spokesman for the National Foundation for Credit Counseling, which conducts an annual financial literacy survey.

This year, it shot up to 69%. Included in that figure are the 45% of respondents who have absolutely nothing in a savings account. The percentage of respondents with $0 in savings hasn’t been that high since 2014, when GOBankingRates conducted its first savings survey.

“I find it very troubling that people can’t come up with $1,000 in a savings account to cover expenses without borrowing money,” McClary said. In fact, having $1,000 in savings wouldn’t create enough of a cushion to cover many emergency expenses. That amount would just be “the starting point in the journey for achieving financial security — it shouldn’t be the final goal,” McClary said.

Women and middle-aged adults appear to be having the most trouble saving money. The survey found that 51% of women versus 38% of men have $0 in a savings account. And 53% of respondents ages 45 to 54 have no savings — the highest percentage of any age group.

A Quarter of Americans Are Focused on Retirement Savings

In addition to finding out how much (or how little) Americans have in savings, the survey sought to explore why people are saving. When asked what they are primarily saving for in 2020, 26% of respondents said “retirement” — making it the top savings goal.

Boosting retirement savings is a great goal. But it can be risky to build a nest egg without first creating an emergency fund, McClary said. Without cash for unexpected expenses, people end up raiding their retirement accounts — which is a big mistake because you have to pay an early withdrawal penalty and taxes on the amount you take out of a retirement account such as a 401(k) or IRA, he said.

The survey found that 19% of respondents are saving for an emergency fund, making it the second-most popular savings goal after retirement. The survey also found that Americans are more likely to be saving for a vacation than for a car, home or an education.

Cost of Living Is Keeping Americans Down

“[Cost of living] is a legitimate obstacle for people in parts of the country,” McClary said. As the cost of living rises in many cities, people’s budgets are getting tighter and tighter, leaving them with less cash to set aside for savings.

However, the biggest obstacle to saving is living paycheck to paycheck. Nearly 33% of respondents said this was preventing them from saving more — up slightly from 31% in 2018.

Adults ages 35 to 44 were the most likely — at 40% — to say that living paycheck to paycheck was keeping them from saving more. And women were much more likely than men to be facing this obstacle — 38% versus 27%.

Simply taking the time to sit down and put together a budget can often help people break the cycle of living paycheck to paycheck, McClary said. Although the survey found that 9% of respondents said not knowing how to budget was keeping them from saving more, there might be a much higher percentage of people who aren’t using a budget to help them reduce spending and save more. The National Foundation for Credit Counseling’s 2019 Financial Literacy Survey found that less than half of Americans said they have a budget and keep close track of how much they spend.

Americans Prefer Savings Accounts, but Many Don’t Have Any Savings

A savings account can be a good place to store emergency funds because the money is easily accessible. But it’s not a place to put retirement savings because interest rates on savings accounts are relatively low. For long-term savings, accounts such as a 401(k) and IRA are better because of the tax benefits they offer. They also allow you to invest in stocks or stock mutual funds, which tend to offer a higher rate of return than traditional savings accounts.

How Americans Can Save More

Although the survey found that Americans believe they’re facing a variety of obstacles to saving, McClary said there are simple steps people can take to set aside more and improve their financial security.

Find motivation to save. Knowing that you need to save and being motivated to save are two different things. So if you need encouragement to save, consider the consequences of not saving, McClary said. “What would happen if you don’t fix the issue of an empty savings account?” he said. If you think about the problems and what will happen if you don’t do something now, that paints a pretty ugly scene. That can be motivating to do something quickly.”

Make saving a priority. You shouldn’t wait until the end of the month to see how much cash you have left over to put in savings. Instead, you should create a budget and include savings at the top of the list of essential expenses. To determine how much you can set aside, add up the expenses you must pay and determine what nonessential expenses you can cut to make more room in your budget to save. That doesn’t mean you have to cut out everything you enjoy, McClary said. Look for free and cheap alternatives. Also, look for ways to lower your monthly bills by comparing rates from other service providers or negotiating with your current providers.

Automate savings. To ensure that you save money, ask your human resources department at work to deposit part of each paycheck directly into a savings account. “That set-it-and-forget-it guarantees success for even the worst savers,” McClary said.

Find someone to hold you accountable. “Being held accountable to your goals is not something everyone can do for themselves,” McClary said. “The chances for success are improved when you bring positive support and encouragement from others around you.” Share your savings goals with a friend or family member, or enlist the help of a professional. The National Foundation for Credit Counseling has member agencies in all 50 states where you can sit down and work out a budget for free, McClary said. You can find a member agency in your area at NFCC.org.

Stop worrying about failing. A big reason people don’t bother to budget and set savings goals is because they’re afraid of failure, McClary said. But not trying guarantees failure. Instead of worrying about making mistakes, accept that it’s OK to stumble every now and then on your way to reaching your financial goals, he said. Just make a commitment to learning from those mistakes.

Methodology: GOBankingRates surveyed 846 Americans ages 18 and older between Nov. 25-26, 2019, asking six different questions: 1) How much money do you have in your savings account?; 2) What are you primarily saving for in 2020?; 3) What obstacle(s) are keeping you from saving more money? Select all that apply; 4) What is the No. 1 thing that you need in order to save more money?; 5) What is your annual income (before taxes are subtracted)?; and 6) Where do you store most of your savings? GOBankingRates used Survata’s survey platform to conduct the poll.