Baby Formula Update: What FDA Is Doing to Alleviate Shortage as Abbott Plant Preps to Reopen 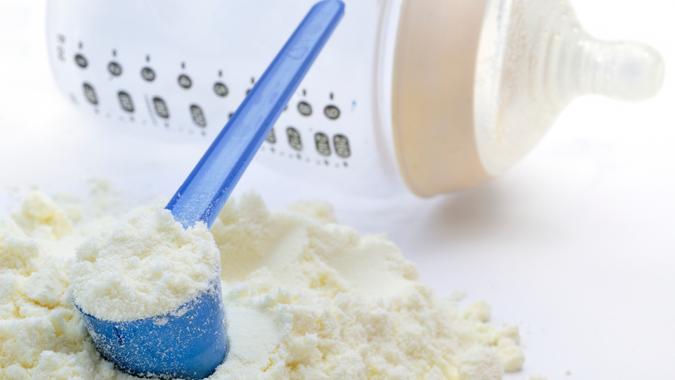 To help alleviate the current baby formula shortage across the U.S., Abbott Laboratories, the biggest U.S. supplier of powder infant formula, has agreed with Food and Drug Administration (FDA) regulators on steps needed to restart production at its Sturgis, Michigan, manufacturing plant. It is one of several relief solutions announced this week by federal agencies and the Biden administration.

The Michigan facility was closed in February and a recall of its infant formula products was initiated by Abbott after reports of serious bacterial infections in four infants. Although baby formula availability was affected by pandemic-related supply chain problems, the nationwide shortage has been aggravated by Abbott’s recall.

FDA Commissioner Robert Califf Abbott stated that Abbott has agreed to take corrective actions to address issues raised by federal inspectors to restart the plant. An independent expert will be retained to ensure the facility is in compliance with the law.

“The public should rest assured that the agency will do everything possible to continue ensuring that infant and other specialty formulas produced by the company meet the FDA’s safety and quality standards,” said Califf.

After releasing a warning to consumers to be aware of certain products branded Similac, Alimentum and EleCare that had been recalled, the FDA began an investigation after complaints emerged of bacterial infections found in four infants who had consumed powdered infant formula produced in Abbott Nutrition’s facility.

The existence of Cronobacter sakazakii, a foodborne pathogen bacteria that can cause blood infection, was found by the FDA through inspections at the Sturgis plant. According to the FDA, Abbott internal records indicate the company has destroyed some of its product after discovering the bacteria in its plant.

According to reports, all four infants were hospitalized and the bacterial infection may have contributed to the deaths of two of them. Abbott has stated that the Centers for Disease Control and Prevention had found no evidence linking its formulas to the infant illnesses and deaths that triggered the initial recall in February.

The company cannot restart production again until it receives clearance from the FDA, however, the factory could be up and running as soon as next week. The focus will first be on the production of EleCare, Alimentum and metabolic formulas before any other formula.

Even with a quicker reopening, it may take 6 to 8 weeks before new formula is available on store shelves, leaving parents open to further price gouging and scams. This prompted the U.S. government to take measures to mitigate the shortage.

On Wednesday, President Joe Biden invoked the Defense Production Act of 1950. Under the act, suppliers are being ordered to “direct needed resources to infant formula manufacturers before any other customer who may have ordered that good,” according to a White House fact sheet. That means products that have been ordered by other customers can be redirected to infant formula manufacturers.

Biden also initiated “Operation Fly Formula,” which has directed the Health and Human Services and Agriculture departments to use Department of Defense-contracted commercial aircraft to pick up overseas infant formula that meets U.S. health and safety standards and speed its way to store shelves. The White House has identified some 1.5 million eight-ounce bottles of Nestle S.A. formula to transport from Zurich, Switzerland, to Plainfield, Ind., from where it will be distributed. The FDA will administer tests upon receipt in the U.S.

Additionally, the president is expected to sign the Access to Baby Formula Act, after the $28 million emergency spending bill to improve access to infant formula was passed by the House Wednesday and unanimously by the Senate on Thursday.

Nearly half of the nation’s infants are supported by Special Supplemental Nutrition Program for Women, Infants, and Children or WIC. This Act is intended to provide families who receive baby formula through WIC to receive their benefits in the event of a public health emergency or shortages caused by supply chain issues or recalls.

Baby Formula Warning: FTC Warns of Common Scams To Be Mindful of Amid Ongoing Shortage
Find:What’s the Difference Between SNAP and WIC? — How to Apply

While it may be optimistic that families will see improvements, as Califf puts it, “within days,” but with additional production and procurement programs in place, concerned parents will soon find it less of a struggle to find formula for their children.