Depending on who you ask, millennials are either a group of smartphone-obsessed complainers who don’t understand the value of a hard day’s work, or they’re an enterprising new generation that has labored through economic conditions that have prevented them from achieving more trappings of the American dream. And if you ask millennials what they think, they unsurprisingly appear to lean hard toward the latter.

That was the finding in a recent GOBankingRates survey that polled some 995 millennials (ages 23-38) about how their financial troubles stack up against those of previous generations. The results demonstrate that millennials are confident that the economic climate is making it difficult — if not impossible — to hit financial milestones that previous generations were able to achieve back in the day.

So whether it’s Gen X  vs. millennials, or baby boomers vs. millennials or even the silent generation stacking up against today’s young adults, this generation appears to believe firmly that they’ve been dealt a tougher hand than those who came before them. But, how accurate are millennials in this belief? Keep reading to find out.

Click to See: This Is the New ‘American Dream,’ According to Millennials

When asked, “Do you think millennials have more or tougher financial obstacles (e.g. debt, high rent) than previous generations that came before them?” about two-thirds of millennials either “agreed” or “strongly agreed” that they have it worse than past generations, with another one in five coming back with an entirely neutral answer. And, just 11.4% disagreed with that assessment.

When we rephrased the question to see how millennials interpret the economic climate they have been living in, the results are still strong but less definitive. Over one in four answered with a neutral 3, while a combined 55.7% agreed they’re facing a worse economic climate than previous generations. However, that could come down to less clarity on how to interpret the question as millennials have lived through both the incredibly difficult Great Recession as well as the lengthy recovery leading to the record unemployment of the present.

To dig deeper, the survey also asked specific questions about important financial milestones — buying a home, affording college, getting a job, etc. — and whether millennials feel like they’re struggling in a way their parents, grandparents or perhaps even older siblings didn’t.

Click on the graphic above to see the questions and millennials’ answers. And keep reading to see if millennials are indeed suffering more than previous generations.

About half of millennials feel they’re living in the worst economic environment in the last century. The survey found:

Survey Question: Which of the following generations do you think has faced (or is currently facing) the worst economic environment in the U.S.?

The Reality: While the memory of the Great Recession might be relatively fresh, at least some millennials seem to remember that the Great Depression — during which the silent generation were children — was much worse by most measures. Likewise, as bad as unemployment was during the Great Recession, baby boomers lived through an extended period of unemployment in excess of 10% while the economy was suffering through Stagflation in the early 1980s.

Here are some more facts about the economic environment each generation has faced:

A clear majority of millennials feel as though they’ve faced the hardest job market. Baby boomers and the silent generation are tied for second at 16% and 16.4% of responses, respectively. Gen X is a distant third at less than half the responses of the two generations ahead of it.

Survey Question: Which of the following generations do you think has faced (or is currently facing) the toughest job market?

The Reality: Older millennials who were hitting the job market just as the Great Recession was at its worst might be more accurate in this assessment, but younger millennials who were graduating college after 2010 were in a very different situation. That said, baby boomers might actually have the strongest claim to dealing with the hardest job market throughout their careers.

Here are some more facts about the job market throughout the years:

Owning your own home isn’t just a sound investment (usually), it’s often considered a cornerstone of the American dream — and many millennials feel as though they have been unable to access it.

Survey Question: Which of the following generations do you think has (or had) the hardest time buying and owning a home?

Given the importance of homeownership to so many Americans, it might not be surprising that this appears to be where millennials are the most aligned on their having a raw deal. About three out of four answered that they’re having the hardest time buying and owning a home.

Interestingly, millennials reached past generations closer to them in age for the next-most common selection: about one in 10 chose the silent generation.

The Reality: Based on how affordable a mortgage is, millennials are actually off on this one. For example:

However, it’s also important to note that the affordability of mortgage payments alone is hardly the only issue impacting how affordable homeownership is. Despite a friendly mortgage market, relatively speaking, just over one in four millennials surveyed answered that they own their home, with about half saying that they rent and the remainder are living rent-free with friends or family. This could be due to issues like student loan debt, which is making homeownership almost impossible for many young adults across the country.

70% of Millennials Think College Is More Unaffordable Than Ever

When it comes to attending college, millennials appear to feel strongly that they’re facing a much tougher time coming up with the money than previous generations.

Survey Question: Which of the following generations do you think has (or had) the toughest time affording a college education?

Next to buying a home, paying for college garnered some of the highest response levels from millennials who believe they’re struggling the most. After millennials, the silent generation had the next-highest response rate with 12% citing them, followed by Gen X that got just about one in 10 responses.

The Reality: This is one place where the millennials are pretty clearly right about their situation. While most big questions about the broader economy are difficult to produce a really definitive answer for, the rising cost of college is one topic that bucks that trend.

Both in real terms and after adjusting for inflation, the cost of attending an university has increased at a rapid rate going all the way back to 1969 — leaving millennials living in the least affordable period for attending college in living memory.

Click to See: Cost of College the Year You Graduated High School

59% of Millennials Believe They’ll Have the Toughest Time Retiring

When it comes to how hard it will be to retire on time, millennials don’t appear to have a lot of confidence as 58.7% of them answered that their journey will be the toughest.

Survey question: Which of the following generations do you think will have (or had) the toughest time retiring when they want?

The fact that the responses are more distributed here could just be a reflection of how much of it is entirely speculative. While the vast majority of the silent generation has probably already reached retirement, many baby boomers and almost all of Gen X and millennials have yet to retire. As such, gauging whether millennials or Gen X might have a tougher time is difficult to answer.

The Reality: Once again, it’s impossible to say for sure which generation will have had it worst for another 50 years or so, but there’s one potential red flag that indicates millennials might be right. When asked how much they had saved for retirement, a stunning 47% of the millennial generation answer that they have nothing saved for retirement with another 21.7% revealing that they had less than $5,000 socked away.

That’s largely in line with data uncovered by some previous GOBankingRates surveys:

64% of Millennials Say They Have the Most Debt

Almost two-thirds of millennials believe their generation has the most debt:

Survey question: Which of the following generations do you think has the most debt?

The Reality: It’s important to note that each of these generations is at a very different point in their financial lives, so it’s not a one-for-one comparison. Clearly, silent generation members who are well into retirement aren’t likely to be carrying much (if any) debt. And the baby boomers are likely most of the way through their mortgages by this point, pulling their numbers down. As such, millennials are pretty close to correct in their assessment.

The Next Generation: Will Gen Z Face a Worse Economy and More Financial Hardships?

It’s worth remembering that the experiences of each generation will often bleed over into others. After all, while millennials might feel like they were the primary age group hurt by the Great Recession, baby boomers and Gen X were living through it right alongside them — if at different periods in their financial lives.

So however bad millennials might have things, they also appear to believe the prospects for Generation Z (ages 22 or under) could be even direr. The survey found:

Of course, only time will tell. Most economists appear to believe a recession is coming in the next few years, meaning those members of Gen Z just starting their career might very well be missing the roaring labor market of the present. Likewise, the trends in higher costs for college don’t appear to be changing anytime soon. However, what that means for Gen Z’s prospects of buying a home likely won’t be clear for years yet. And how tough retirement ends up being should only become completely clear decades from now.

Methodology: This survey was commissioned by GOBankingRates and conducted by Survata, an independent research firm in San Francisco. Survata interviewed 995 online respondents (between the ages of 25 and 34) between March 25, 2019, and April 16, 2019. Respondents were reached across the Survata publisher network, where they take a survey to unlock premium content, like articles and ebooks. Respondents received no cash compensation for their participation. More information on Survata’s methodology can be found at survata.com/methodology. 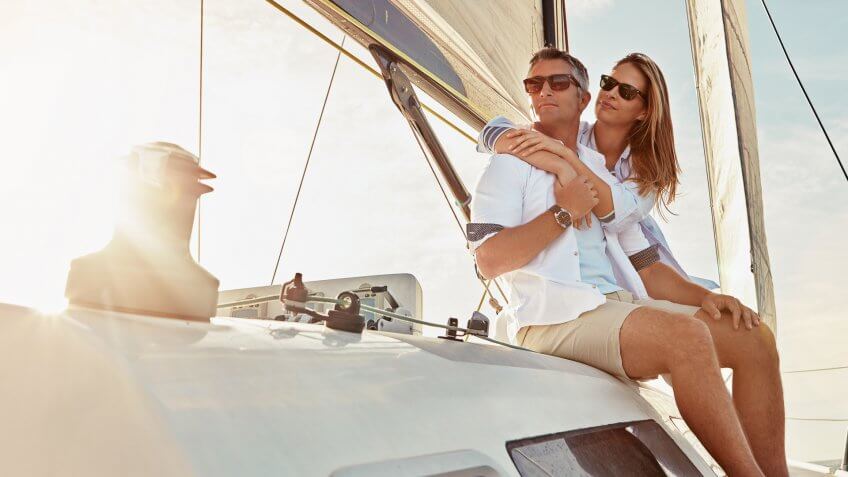 4 Ways to Save More, Regardless of Your Income Level

GOBankingRates > Saving Money > Savings Advice > 68% of Millennials Feel They Have It Worse Than Other Generations — But Do They Really?