The recent partial government shutdown has brought to light the precarious state of many Americans’ financial situations. Workers who went without paychecks had to turn to food pantries to feed their families, and others who weren’t affected by the shutdown realized they could easily be at the brink of financial disaster by missing only a single paycheck.

The 2019 Prosperity Now Scorecard looks at household financial health in the United States, and the findings just released on Jan. 29 confirm we’re on shaky financial ground as a nation. The report found that 40 percent of American households don’t have enough savings to withstand financial shock. In 2018, 13.2 percent of households fell behind on their bills, and the number is even higher for people of color, those with volatile incomes and those with a disability. “There are millions of families either struggling to make ends meet or just one emergency away from a financial disaster,” the report said.

Should the U.S. be facing another shutdown or if you’re facing your own financial problems, you’ll want to know how to best save for your emergency fund.

How to Protect Yourself From a Financial Disaster

If the thought of going without a paycheck frightens you, here are some things you can start doing today to avoid a disaster:

You’ve heard this before, but the thought of having to put away three to six months’ worth of living expenses is overwhelming. Start with a small amount — even $10 is better than nothing. Then, put in a little bit from each paycheck. Again, small amounts add up. When you get a little windfall, like a bonus or tax refund, allocate some of the money for an emergency. Eventually, you’ll have enough to see you through a short rough patch.

2. Come up with a second income source

The gig economy is a great answer for those who could use some extra cash. Drive for Lyft or Uber, walk dogs for Wag or freelance on Fiverr. Set up your side hustle now, and you’ll be able to quickly build your emergency fund.

Check Out: The Most Popular Side Hustles That Will Make Your Salary Soar

3. Wipe out those credit card balances

Paying off high-interest credit cards is a win-win — you’ll save by not paying all that interest, and you’ll have credit available if you need it in an emergency. Keep chipping away, with the eventual goal being to pay those balances down.

4. Know what you can cut

Take a good look at your budget so you know what items are discretionary. Be ready to cut out things that aren’t necessities. While you’re at it, see if there’s anything you can cut right now and add that money to your emergency fund.

Living paycheck to paycheck is nobody’s idea of the American dream. But following these steps can help you overcome sudden financial pitfalls.

Click through to read more about when you should be using your emergency fund. 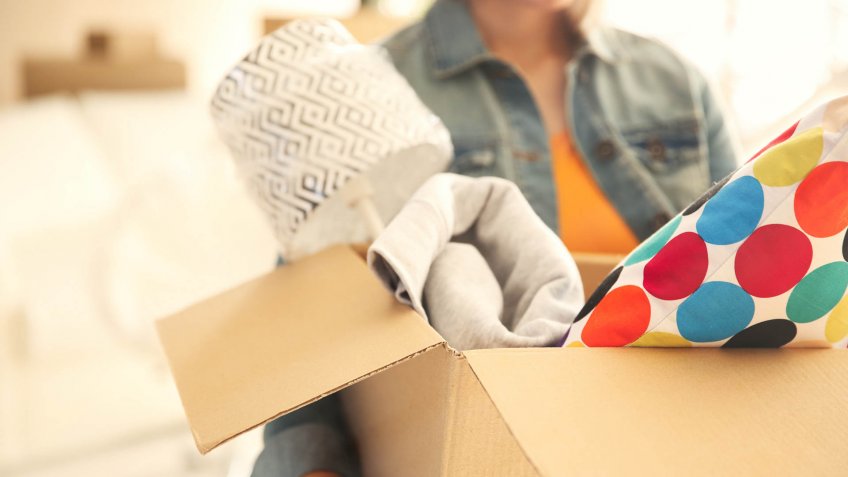 How the Stress of Moving Messed With My Spending

Moving can really throw you for a loop.