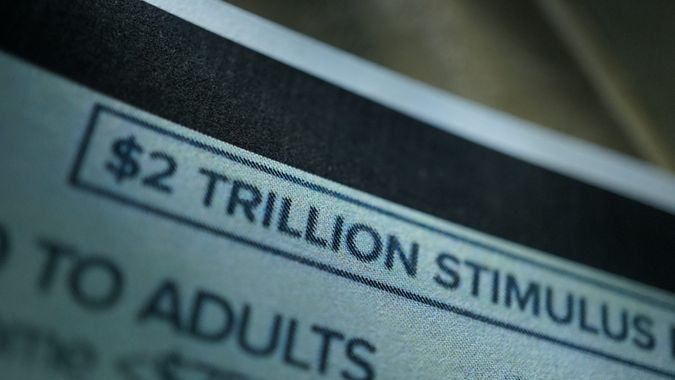 The concept is simple and seductive: Give people cash, lift them out of poverty. It’s a strategy increasingly being used in both lower- and higher-income countries to help poor people.

International organizations such as the World Bank, USAID and the United Nations are funding more projects that focus on giving people cash, while charities like GiveDirectly have been set up to do only that. Mexico, Brazil and Kenya are leading examples of countries that have already implemented ambitious guaranteed income programs of their own.

The U.S. is also experimenting more with cash payments. The US$1.9 trillion relief package, for example, will give recurring payments to most families with children. Stockton, California – the first U.S. city to give low-income people cash with no strings attached – just completed a two-year pilot program. And a number of U.S. mayors are attempting to do the same as the list of high-profile supporters continues to grow.

In short, there seem to be a growing consensus that cash is the best tool in the fight against poverty. But is it?

As an economist studying poverty and development, I have devoted my career to researching questions like this one. While cash can be an effective tool, I don’t believe it’s always the best one.

The Limitations of Cash

There is ample evidence that cash transfers have positive impacts on people living in poverty, at least on average. For example, a recent review of 165 studies found that cash assistance tends to increase spending on food and other goods, while also improving education and health outcomes. The authors further found little to no evidence of unintended consequences, such as people working less because they had higher nonlabor incomes.

But this doesn’t mean that cash is the best strategy for fighting poverty, as some people, such as New York City mayoral candidate Andrew Yang, have argued. I believe there are, in fact, several reasons policymakers should view this evidence with caution.

For one thing, it is often difficult to identify people who are actually poor and need the money so that cash assistance can be given to the right people. A recent study examined data from nine sub-Saharan African countries to evaluate the performance of a common method anti-poverty programs use to target poor people. It found that about half of the households selected by the method were not poor, while half of the households that were actually poor were not selected.

This targeting problem is not unique to developing countries. For example, the Stockton experiment limited eligibility to people living in neighborhoods with a median income below the citywide median, meaning that more affluent people in these neighborhoods were eligible. Furthermore, eligible households were notified via physical mail to register online, implying that the program excluded the homeless and less tech-savvy people.

Another problem relates directly to the definition of poverty, which is more precisely defined as a lack of well-being instead of a lack of income. In short, giving cash does not directly improve somebody’s well-being; rather, it’s a tool that can be used to purchase things – such as food and shelter – that do directly contribute to well-being.

See: A Fourth Stimulus Check Might Be on the Way
Find: Andrew Yang and Other Politicians Can’t Stop Arguing About Universal Basic Income – Here’s How It Really Works

Even if the poor can be successfully identified, some people may not receive the typical or average benefit because of problems converting cash into improvements in their well-being.

For example, people may be experiencing mental or physical health issues, or they may be affected by the subtle ways that poverty itself compromises economic decision-making. Similarly, in some cases, cash may not do much good because some of the things that contribute to improved well-being – such as health care or schooling – may be inaccessible or of low quality.

A final problem is that direct cash assistance does not combat the structural issues – such as discrimination, weak democratic governance and unfair international trade practices – that cause poverty in the first place. Reforms in these areas typically require collective action to create change at the national or global level.

Problematically, recent research suggests that cash programs can actually be counterproductive because conflicts can arise over who receives assistance. This can erode social capital within communities.

The failure of cash to remedy structural issues may be one reason its long-term effects are often limited. For example, a recent study in Uganda looked at the impacts of cash transfers nine years after people were given money. While the researchers found positive effects on employment and earnings after four years, these impacts virtually disappeared after nine. Other long-term studies also have found “a fair share of results that are not statistically different from zero.”

Cash can certainly help some people, and this is undoubtedly an important consideration, especially in emergency situations when immediate assistance is critical – such as during a pandemic.

But there is simply no one-size-fits-all approach to poverty alleviation. Different countries, communities and individuals have unique needs and face different obstacles to escaping poverty. Sometimes that means investing in structural reforms, sometimes it means providing food aid and sometimes, yes, it means direct payments.

More generally, the idea of a cash consensus misses the point: Promoting human development means empowering people to make decisions for themselves, and this includes allowing them to choose the type of assistance that is appropriate for their situation.

And when given a choice, people don’t always choose cash.

Assistant Professor of Economics, Drake University Heath Henderson is an assistant professor of economics in the College of Business and Public Administration at Drake University. Originally from Rochester, MN, he attended graduate school at American University in Washington, DC where he received a PhD in economics and an MA in international politics. Before coming to Drake University, Heath was a research fellow in the Office of Strategic Planning and Development Effectiveness at the Inter-American Development Bank.