Can you afford to die in America? It is a complex question because the cost of dying in the U.S. varies from state to state. Medical expenses and an estate tax can make dying in one state exorbitant, but cost next to nothing in another.

In a recent study, GOBankingRates calculated the approximate cost of dying across all 50 states. The study multiplied each state’s cost of living index by the national median expense for funeral costs and by the average national expense of end-of-life medical care costs to find the funeral expenses and end-of-life medical care costs for each state. Where applicable, the study factored in 2017 inheritance tax and estate tax data from the Tax Foundation.

Take a look at some of the top-level findings from this state-by-state examination of the cost to die in the U.S.

West and Northeast States Are the Most Expensive to Die In

Viewing the study results by geographic region reveals some interesting patterns. The three states where funeral and medical costs associated with dying are the highest are all in the Census-designated West region, specifically the Pacific division: Hawaii, California and Alaska. Hawaii, however, is the only one of the top three with an estate tax, levied on estates worth $5.49 million or more, at between 10 and 15.7 percent.

To get a better idea of just how expensive it is to die in Hawaii, compare the combined funeral costs and out-of-pocket medical costs to the state’s median income. In Hawaii, funeral and medical expenses related to dying total more than $33,000, which is just under half of the median household income of the state, $69,515.

Another five of the top 10 most expensive states are located on the other side of the country, in the Northeast. In fact, all nine Northeast states rank among the top 20 states with the most expensive medical costs associated with dying.

Don’t Miss This Related Study: From California to New York: The Cost of Living Across America

South and Midwest States Are the Cheapest to Die In

If you’re looking for the cheapest states to kick the bucket, look to America’s interior and southern parts. Out of the states located in the Census-designated West region, several Mountain division states boast medical costs cheaper than the national average, specifically Idaho, Utah, Wyoming, New Mexico, Arizona and Montana. And if you want it even cheaper, you need to go deeper inland and south.

The Census region South has 11 states with death-related medical costs lower than the national average. Delaware and Maryland are the northern-most states of the South Census region, and they’re the only states of their grouping with estate taxes. The 10 states with the cheapest costs associated with dying fall in the South and Midwest regions: seven in the South and three in the Midwest.

Check out the full breakdown of average funeral costs and medical expenses associated with dying across the U.S. to find out how your state stacks up to the rest of the country:

***Indicates states that impose both estate and inheritance taxes

Methodology: This GOBankingRates study ranked all 50 U.S. states (excluding Washiongton, D.C.) according to the approximate cost to die in each state. This cost was calculated by taking the national median cost of funeral with viewing and cremation ($6,078), sourced from the National Funeral Directors Association (NFDA), and multiplying it by each state’s respective cost of living index, sourced from the Missouri Economic Research and Information Center (MERIC). The same calculation was performed for the average medical costs associated with dying in each state, which is based on out-of-pocket healthcare expenditures at the end of life, sourced from the National Bureau of Economic Research (NBER). 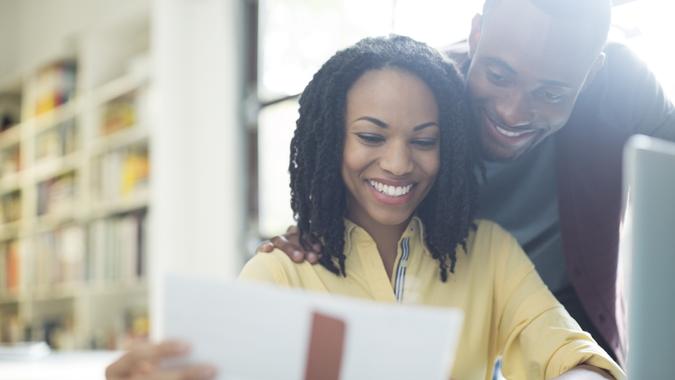 Build wealth and financial security with these tips.