The Hidden Cost of Paying Bills Creeps Higher for Many Americans 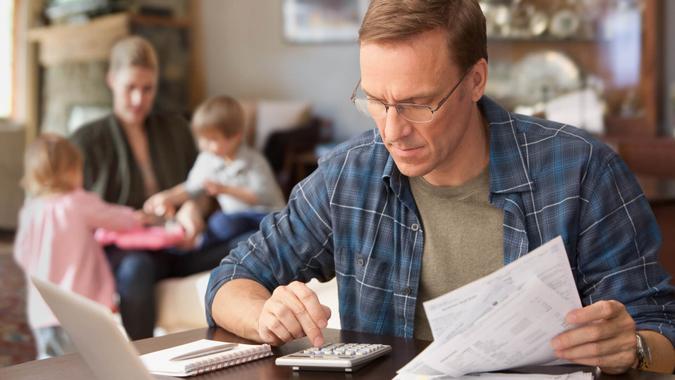 Each year, the web and mobile bill pay service doxo reports on the hidden costs of paying household bills. As with so many other things in 2021 — including gas and food — those costs are considerably higher than they were last year.

See: What Should Americans Expect With Inflation in the Coming Months and Years?
Find: What to Consider When Choosing a Mortgage Lender

Over the last year, U.S. households spent $119 billion on overlooked costs of bill pay compared to $74 billion the year before, amounting to an increase of $348 per household. In total, American households pay $925 year in what doxo identifies as “hidden bill pay costs,” which include fees and expenses related to identity fraud, late fees, overdraft fees and sub-prime credit scores, the company said in a press release.

While staying on top of household bills is the single largest determinant for consumer financial health, according to doxo, it’s not always easy for families who are just making ends meet. Even federal subsidies, including enhanced unemployment benefits and the advance child tax credit, have not helped many Americans stay current with common bills, including utilities and cable bills.

According to The Hidden Costs of Bill Pay 2021 from doxoInsights:

Raise Your Credit Score to Reduce the Costs of Monthly Payments

One reason bill pay costs were so much more this year was an increase in the interest-rate gap between people with high and low credit scores, the report found. Although the Fed lowered the prime interest rate in 2020, resulting in lower interest rates across the board, the difference in credit costs between those with prime and sub-prime credit scores increased substantially, according to the doxo press release. “This was most likely due to the higher unemployment rate and overall industry concern that those with low credit scores may not be able to service their debt,” Kreyenhagen said.

Making credit card payments on time and keeping your balance below roughly 30% of your available credit can help improve your credit score and, ultimately, lead to lower interest rates.

“In our recent report, we discovered that a 35-point improvement in your credit score could save households an average of $684 a year when considering the three most common forms of consumer debt: mortgage, auto loans and credit cards,” Kreyenhagen explained. “The average U.S. household carries over $92,000 in debt, so these lower interest rates have a significant snowballing impact.”

See: This Easy Trick Will Improve Your Credit Score and Avoid Late Payments
Find: 25 Ways to Save Yourself From Your Debt Disaster

Just as poor credit costs consumers, late payments lead to fees that add up over time. The doxo study showed that Americans paid more than $15 billion in late fees in 2020, an added cost of $119 per household.

“Making timely bill payments is a key way to avoid the hidden cost of late fees,” Kreyenhagen said. Automating your bill payments for automatic monthly withdrawals can help prevent fees — as long as you have money in your account to make the payment.

The doxoPLUS service offers late fee protection, so that if a doxo payment ever fails to deliver by the date specified, and the delivery date is prior to the due date, doxo reimburses any late fees up to $30 per incident.

Consumers often get hit with fees when they try to pay their bills on time but don’t have enough funds in their bank account. “Keeping a vigilant eye on one’s finances can help protect you against overdraft fees by ensuring you have enough money in your account before making a payment. You can also set up alerts in your bank account that tell you when your funds dip below a certain level,” Kreyenhagen said. “Consumers can also try opting out of overdraft protection, which prevents your bank from paying your bills when you do not have enough money on hand to do so.”

DoxoPlus bill pay service also provides overdraft protection. Kreyenhagen said, “If a doxo payment ever causes you to overdraft, doxo will reimburse you for any overdraft penalties charged by your bank for up to $30 per incident.”

See: 8 Best Banks With No Overdraft Fees in 2021
Find: How to Avoid Common Bank Fees and Charges

Just as watching your bank account balance can help prevent overdraft fees, it can also help stop identity theft and fraud. Keeping tabs on what’s in your bank account daily, Kreyenhagen says, “can help individuals catch identity fraud in their account early, so that they can report it to their bank.”

While most of the costs of identity theft and credit or bank account fraud are absorbed by credit card providers, banks and merchants, identity fraud still costs each household an average of $26 per year, or $3.3 billion in total annually. This figure doesn’t include the time and expense it costs consumers to recover after identity theft and restore their credit.

DoxoPlus also offers identity theft protection in its subscription service. “DoxoPlus can offer consumers peace of mind when it comes to dealing with these types of hidden costs,” Kreyenhagen says.

In general, taking steps to better monitor your finances can help you reduce the hidden costs of paying bills, even as household expenses rise as a result of inflation.