Many taxes payers are overwhelmed not only by the size of the recently passed $787 stimulus budget, but by all the details. Day after day, Americans have been hearing more stories of how the Federal funds are being used toward invigorating the banking industry, but know very little about how the government’s latest American Recovery and Reinvestment Act of 2009 will actually benefit them. There are many benefits being implemented that the general public at large can take advantage of.

Much of this round of stimulus money is based on providing consumers incentives to spend more of their money in order to reverse the economic downturn, helping with growing unemployment and potentially ending the recession. 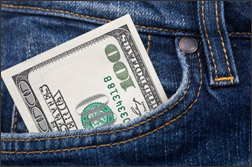 The Psychology of Spending: Save Big by Carrying Big Bills