This moniker rang so true for consumers that in 2015, when bottles of water containing a few asparagus stalks infamously appeared on a Whole foods shelf in Los Angeles for $5.99, it didn’t seem out of character for the brand. (A company spokesperson later released a statement to the food blog Eater that this was a mistake limited to a single store location.)

View this post on Instagram
Somewhere in L.A., Whole Foods executives are laughing at all of us.
A post shared by Marielle Wakim (@marielle.m.n.o.p) on Aug 3, 2015 at 8:03am PDT

For a while after the Prime partnership, prices at Whole Foods really did appear to go down. In an analysis conducted by Telsey Advisory Group and reported by The Wall Street Journal, the price for a basket of 40 items went down from $188 in July 2018 to $184 by November. However, that price shot back up to $191 by mid-January 2019. The Journal also reviewed internal communications from Whole Foods stating that prices went up anywhere from “10 cents to several dollars” on hundreds of items.

A Whole Foods spokesperson attributed the higher prices to rising material, labor and freight costs, but that, “we also offer hundreds to thousands of sale items daily and we’re continuing to lower prices for all shoppers and Prime members.”

Though that might seem to be standard boilerplate commentary from a corporation under fire, reporters at GOBankingRates did an independent review of prices at a Whole Foods Market in El Segundo, California, and discovered at least three items that were still a great deal even after recent price increases — less expensive than comparable products at the notoriously cheap retailer Trader Joe’s.

Each item was from Whole Foods’ own 365 brand.

View this post on Instagram
Arrabbiata: For when you want to be in Italy ????????, but can't swing the trip on a weeknight. ???? Recipe from @meatballssmama. #Pasta #MakesMeWhole
A post shared by Whole Foods Market (@wholefoods) on Apr 26, 2018 at 5:44pm PDT

This pantry staple made of rice and corn flour is a delicious alternative to pasta and can be an affordable way to add substance to a wide range of dishes.

There’s nothing better than an ooey-gooey cheese pizza hot from the oven — and because this is a Whole Foods product, it’s healthy(ish).

Find Out: Eating Well on a Budget Is Totally Doable With This Handy Grocery List

Whole Foods’ ground coffee has a loyal following — one reviewer loves the whole line, stating in a video that every kind she’s tried has been, “Awesome! Really really solid. You wouldn’t know you didn’t ground the beans right there at Whole Foods.”

Whether or not prices continue to go up for Prime members is up in the air — but when it comes to these three staples, you’ll get high-quality fair-trade products at an unbelievably low price.

Click through to read more about secrets real people use to cut costs at Whole Foods, Target and other stores.

Priscilla Aguilera and Amen Oyiboke-Osifo contributed to the reporting for this article. 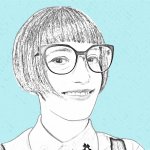 79% of Americans Don’t Know How Much These Purchases Really

How well do you know gas prices, car prices and more in the US?