The Best Buy after-Christmas sale gives you a great excuse to spend your gift cards and trade in less-than-thrilling gifts for the electronics you were hoping for. Whether you’re looking to upgrade a camera or computer or create the perfect home theater, these after-Christmas sales online and in stores save you money on the Best Buy items you want most.

Best Buy’s pre-Christmas and clearance sales offered major laptop discounts that could continue beyond Christmas. Prices won’t beat 20 Days of Doorbusters, which promise the lowest prices of the season, but you can still get excellent Best Buy after-Christmas deals on these laptops:

Check Out: 15 Best Things to Buy on Boxing Day

The day after Christmas is perfect for watching sports, so it’s possible that Best Buy after-Christmas sales will bring some of the lowest TV prices seen so far this season. Compare Best Buy’s sale prices to other stores’ prices to see whether Best Buy has the best deal:

Best Buy repeated its 2016 buy-one-get-one promotion with similar AT&T deals before Christmas 2017. This sale on AT&T phones and service applies to iPhones and Samsung models and might keep going into January. Prepaid phones are another opportunity to find bargains. Here are the smartphones to watch for at the Best Buy day-after-Christmas sale for 2017:

Audio accessories, exercise equipment and Christmas decorations get serious markdowns after Christmas. Although Best Buy likely won’t offer the lowest prices of the year on audio and fitness merchandise, you’ll still find great deals. Also, Best Buy might even have you covered for next Christmas — low prices on Christmas decor should represent the best after-Christmas sales of 2017. Here are some things to look for:

More Ways to Save at Best Buy

In addition to slashing prices during after-Christmas sales, Best Buy gives you two additional ways to save online and in stores. First, the retailer’s low-price guarantee ensures that you get the best deal. In-store customer service reps will even check competitors’ prices for you. Additionally, the Best Buy Outlet aggressively discounts open-box items, which have been returned to the store and, in many cases, verified to be in “Excellent-Certified” condition.

Up Next: How to Get Through the Holidays When You Can’t Afford Them 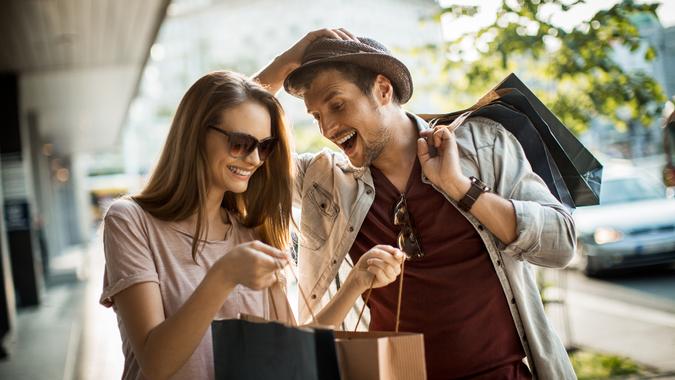 From Coach to Zara: 20 Yearly Sales to Add to Your Calendar Today

Set your calendar for the biggest annual sales in 2018.