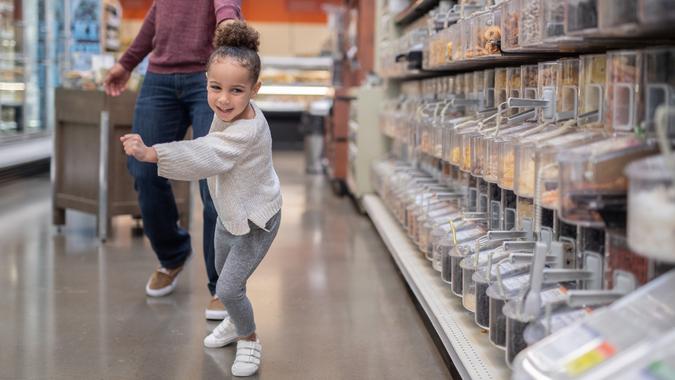 With extremely low markups on bulk items, many consumers choose to do their shopping exclusively at warehouse clubs, despite the membership fee requirements. But among the wholesalers operating across the United States, Costco is king.

See: 10 Things You Should Always Buy at Walmart
Explore: Surprising Things You Can Buy With Food Stamps

According to a May 26 corporate press statement, Costco operates 830 warehouses, “including 574 in the United States and Puerto Rico, 105 in Canada, 40 in Mexico, 30 in Japan, 29 in the United Kingdom, 16 in Korea, 14 in Taiwan, 13 in Australia, four in Spain, two each in France and China, and one in Iceland.” It runs e-shopping sites from eight countries, as well.

Competing with the fifth largest retailer in the world — and according to Fortune, the world retail leader in choice and prime beef, organic foods, wine and, yes, rotisserie chicken — isn’t easy.

The following wholesale/retail superstores have to come up with savvy strategies, unique stock and shopping experiences, price slashes and membership discounts to compete with Costco.

Costco customers are loyal to its Kirkland private label brand, but shoppers at Sam’s Club will appreciate the number of brand names you can find there. Sam’s Club fans also value the price, which tends to be cheaper across the board than Costco, according to a recent Eat This, Not That! article.

Possibly due to working throughout the COVID-19 crisis, Sam’s Club has kept some customer service and technology pandemic holdovers to make shopping more convenient and effective.

For those with a Sam’s Club Plus Membership, free curbside pickup is available (Costco discontinued that service in 2021 at most of its stores). Sam’s also uses contact-free Scan & Go tech so consumers can shop, scan and pay online before simply showing their digital receipt on the way out of the store.

Although it has significantly fewer stores nationwide than both Costco and Sam’s Club (214 clubs in 14 states along the east coast of the United States, according to Retail Leader), BJ’s Wholesale makes up for fewer locations by having significantly more inventory.

As Eat This, Not That! reported, that there are approximately 7,000 products to buy at BJ’s. That’s double the number of their competitors, per Retail Leader.

Additionally, by accepting manufacturer’s coupons, BJ’s offers something that Costco and Sam’s Club do not. So, shoppers are able to save more at checkout with brand name coupons.

Most big-box stores recognize military personnel and their families with perks and discounts, but BJ’s Wholesale Club goes further and gives a military and veteran discount on store memberships. By verifying your service status, active military members and veterans can get a 25% discount on annual memberships, regardless of membership level (Inner Circle or Perks Rewards). And best of all, membership sign-up and military verification can be done online.

CHEF’STORE, formerly Smart Foodservice Warehouse and Cash & Carry Smart Foodservice stores, doesn’t stock the variety of clothing, electronics and home products that the other warehouse stores do. But it might be your best bet for its specialties: fresh produce and kitchen supply staples.

Billing itself as a “one-stop-shop for quality meats, fresh produce, premium dairy products, and more,” CHEF’STORE is gaining a reputation as a great alternative to Costco for bulk groceries and kitchen equipment.

According to Eat This, Not That!, the company has 83 warehouses in 13 states, and although originally catering to restaurants and food industry customers, CHEF’STORE has become a favorite of foodies and home chefs for its discounted grocery selection and bulk items.

Best of all, there is NO membership required to shop at CHEF’STORE.

Comparing anything to Walmart is a fruitless exercise. If we’re talking sheer size, Walmart operates 10,585 stores under different names in 24 countries worldwide, according to its April 30, 2022 Unit Count information. It even owns and operates Costco’s biggest competitor mentioned above, Sam’s Club. It is the world’s largest company by revenue, per Fortune.

Technically, Walmart and Costco are different types of stores — one retail, the other wholesale — but they are still competing against one another for consumer dollars. Since Walmart launched its Walmart+ membership in 2020, it has incorporated more “warehouse store” ideas into its already massive retail operation.

Walmart+ costs $98 a year, or $12.95 a month, and includes a 15-day free trial period. The retail giant expects to “leverage its wide-ranging strengths to add additional benefits for members in a variety of services and offerings,” according to its initial press release.

Walmart is also going toe-to-toe with Costco on availability and discounts on gas and can already outperform Costco in online shopping and delivery options.

Costco has not raised the cost of its memberships to counter inflation, but it has increased prices on almost every item in most of its stores, according to The Street. Whether its competitors can offer better goods and services is a question for the future. For now, these warehouse clubs are worth investigating to see what product discounts and customer perks you can take advantage of.