Dollar Store Profits are Falling Under the Weight of Inflation – Will Their Prices Go Up? 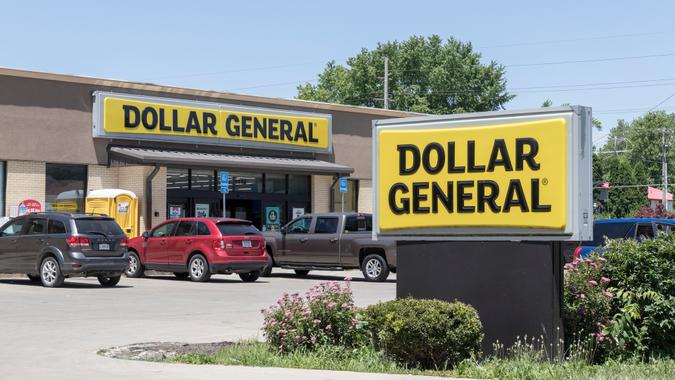 No one is resistant to the forces of inflation and a slowing economy, not even dollar stores.

Though they’ve been generally thriving during inflation, that momentum could die down as the economy tilts on the brink of recession.

In Thursday’s Q2 earnings call, Dollar Tree CEO Mike Witynski said that consumers are being “pressured by higher costs for food, fuel, rent and more.” In an analyst call, Dollar General CEO Todd Vasos shared similar sentiments, saying that Q2 had been a “period of inflation and economic uncertainty.”

And it’s not just inflation causing dollar stores to get anxious; it’s also ongoing chaos around supply chains, which doesn’t look like it will be stabilizing anytime soon.

Vasos said during Dollar General’s call that there are  “ongoing supply chain pressures.” The company is hoping to attack the problem by building three new distribution centers in the U.S — which would ideally cut out the hassle of delayed and costly imports from warehouses overseas.

Yet another challenge Dollar General faces is waning demand in certain categories. Its earnings report revealed that sales of seasonal and home products were slipping and apparel sales dropped 20% from Q2 2021.

See: Dollar Tree Hikes Prices to $1.25 Permanently — How It Could Affect Stock
Find:8 Costco Frozen Foods That Give You the Best Bang for Your Buck

What does trouble in the world of dollar stores mean for consumers? Will dollar stores be pressed to jack up prices on their inventory? The answer isn’t yet clear, but it certainly wouldn’t be unheard of if extra costs were passed on to our wallets. After all, as GOBankingRates previously reported, dollar stores have hiked up prices in the recent past to the extent that they can no longer accurately be described as dollar stores, but rather, less catchily and more snarkily, $1.25 stores.