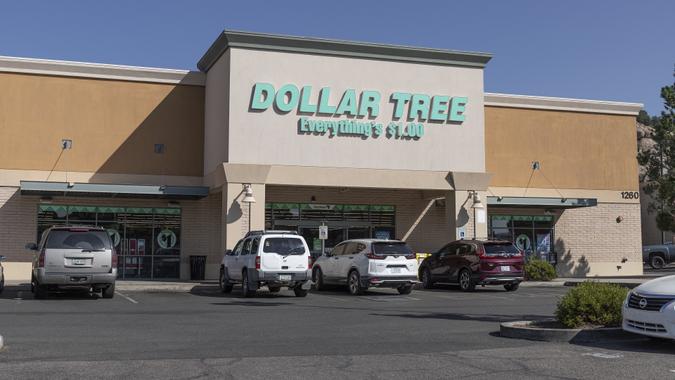 The Dollar-and-a-Quarter Tree apparently is not going over well with certain consumers who are used to whipping out a $1 bill and not a penny more. Many are taking to social media to complain about it, but Dollar Tree executives say there’s really no problem.

See: Should You Buy Groceries at the Dollar Store?
Find Out: Little Caesars Raises Pizza Costs 11% with 33% More Pepperoni — Does Upgrade Justify the Price?

In late November, Dollar Tree announced it would begin rolling out a price increase to $1.25 for many of its store items that previously sold for $1. In a press release at the time, Dollar Tree said the decision “is permanent and is not a reaction to short-term or transitory market conditions.”

The price hike was put in place for a few reasons, not least because prices in all sectors of the economy were rising due to inflation, and Dollar Tree still felt a buck-and-a-quarter was a pretty good value.

“Lifting the one-dollar constraint represents a monumental step for our organization and we are enthusiastic about the opportunity to meaningfully improve our shoppers’ experience and unlock value for our stakeholders,” CEO Michael Witynski said in a statement.

Well, not all shoppers are happy about it. Dollar Tree saw a “meaningful decline” in shoppers following the price hike, according to a Jan. 11 note from industry tracker Coresight Research.

Explore: 34 Dollar Store Secrets You Need To Know Before You Shop

Dollar Tree was the last of the big dollar store chains to sell nearly everything for a dollar. Moving to a higher price point during a period of spiraling inflation does not sit well with some consumers.

“I wish they wouldn’t have done that because most of their shoppers are people who are not getting paid a lot of money,” Leniza Costa, a beauty influencer in Rhode Island, told CNN. “This is the worst time to increase the price, when everything else is so much.”

In December, Dollar Tree added the $1.25 prices to more than 2,000 stores of its 8,700 U.S. stores, CNN noted. Coresight said the retailer’s decline in shoppers “appears to coincide with its price hike.”

Compare: These Are the Best Dollar Menu Items in America
Discover: 10 Things You Always (and Never) Should Buy at the Dollar Store

But Dollar Tree officials stand by their decision.

“We have had a very positive response from the overwhelming majority of our customers around the $1.25 price point and the extreme value and broader product selection it has enabled, especially in these inflationary times,” a company spokesperson said in an email to CNN. “We look forward to providing more details on this initiative during our next earnings call.”