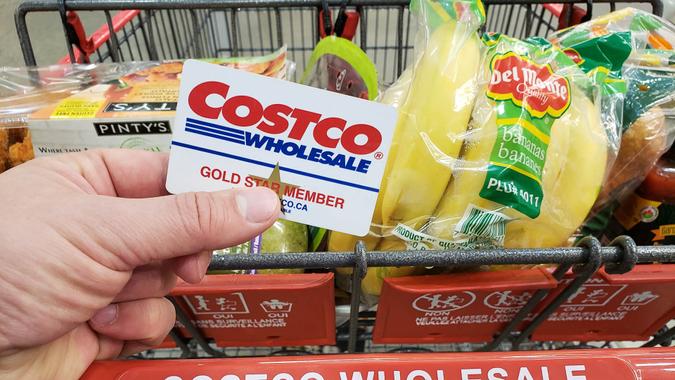 More than 115 million shoppers have Costco memberships, giving them access to quality items and savings on products ranging from groceries to gasoline. And, with all current economy factors considered, a Costco membership may be cheaper than ever.

See Our List: 100 Most Influential Money Experts
Looking To Diversify In A Bear Market? Consider These 6 Alternative Investments

If you don’t already have a Costco membership, find out why now is the best time for shoppers to sign up — plus, a look at membership options available for every kind of household.

Inflation has impacted virtually every aisle in grocery stores and other retailers, but the warehouse club giant has largely staved off certain price tag hikes. Craig Jelinek, CEO of Costco, said in an interview with CNBC’s “Squawk on the Street” that Costco’s signature hot dog, a food court favorite, would remain $1.50. Similarly, Costco has been able to price fix other grocery staples, including its beloved rotisserie chicken

If hot dogs and chicken are safe, what about annual membership fees? When questioned if membership fees might increase, Jelinek said a fee hike is “not on the table right at the moment.”

Costco membership fees typically increase by $10, according to Corey Tarlowe, an analyst at Jefferies. The majority of Costco’s profit does not come from selling items, but rather its annual fees, and there has not been an increase in Costco’s annual fees since June 2017.

For now, Costco membership fees seem safe from inflation — and having Jelinek’s word might be all the incentive shoppers need to enjoy extra savings.

Jelinek also said in the same interview that it’s not the right time to increase membership fees. “Our sign-ups continue to be strong,” said Jelinek.

A Gold Star Costco Membership costs $60 for the annual membership fee. A free household card is included and the membership is valid at all Costco locations worldwide.

Households that invest in a Costco Executive Membership pay an $120 annual membership fee. This is the original $60 membership fee plus a $60 upgrade fee.

Other benefits of signing up for a Costco membership, whether at a Gold Star or Executive level, include member-exclusive prices on gasoline at Costco gas stations, filling prescriptions at the Costco pharmacy for family members and pets, a 90-day guarantee, free technical support on electronics and devices, and Same-Day or 2-Day Delivery to receive groceries and other essentials delivered to your door.