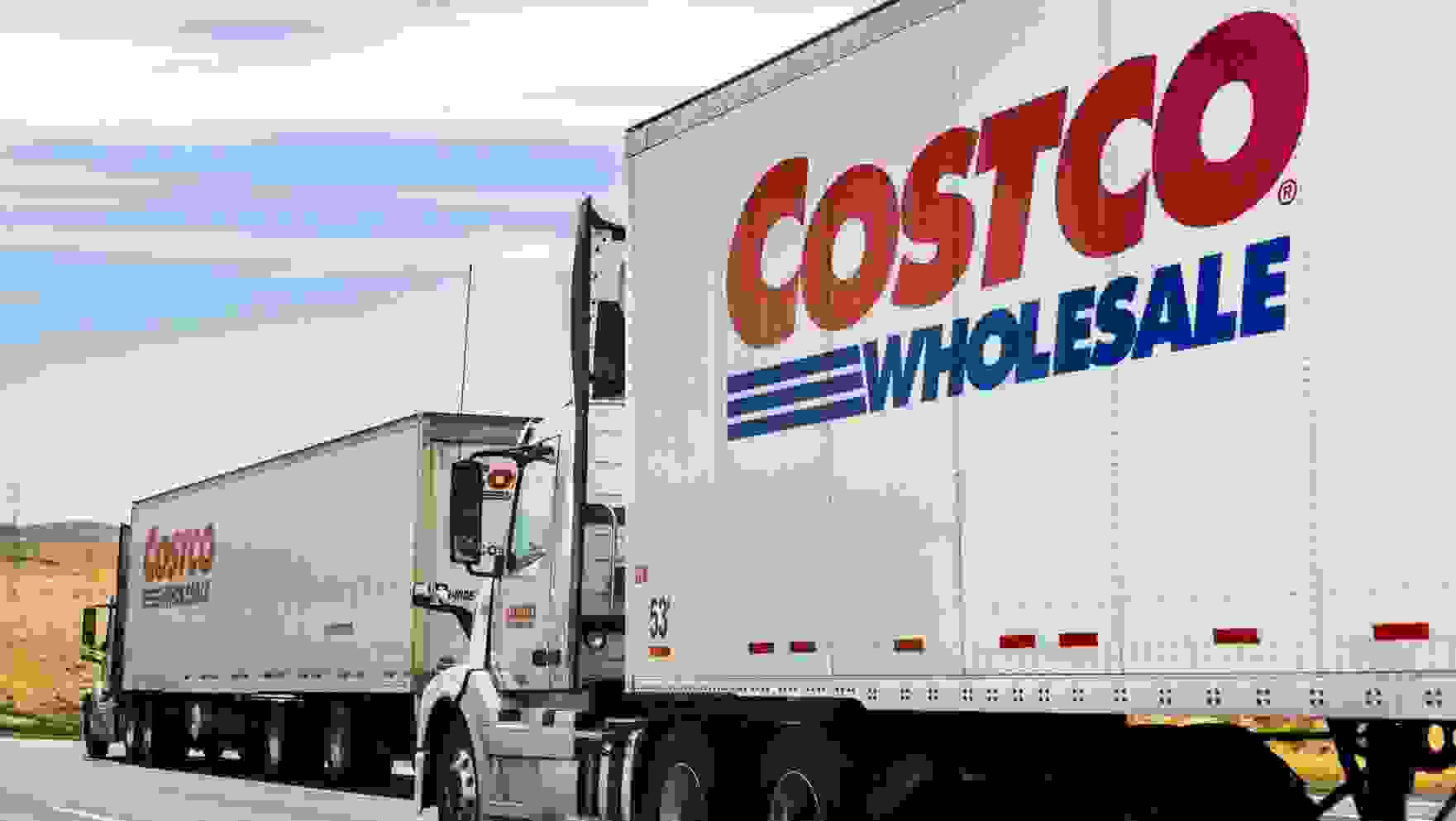 Costco is known as a low-price leader, but as the big-box and warehouse store landscape becomes more and more competitive, it’s getting harder to find unbeatable deals. Despite this, Costco still has some major purchasing power, which helps it keep costs way low.

Discover: 10 Dollar Store Items That Aren’t Even Worth the Buck
Find: Surprising Things You Can Buy With Food Stamps

That dynamic was a key ingredient in Costco’s emergence as one of the biggest winners of the pandemic.

Here are the things that a Costco membership always makes cheaper. 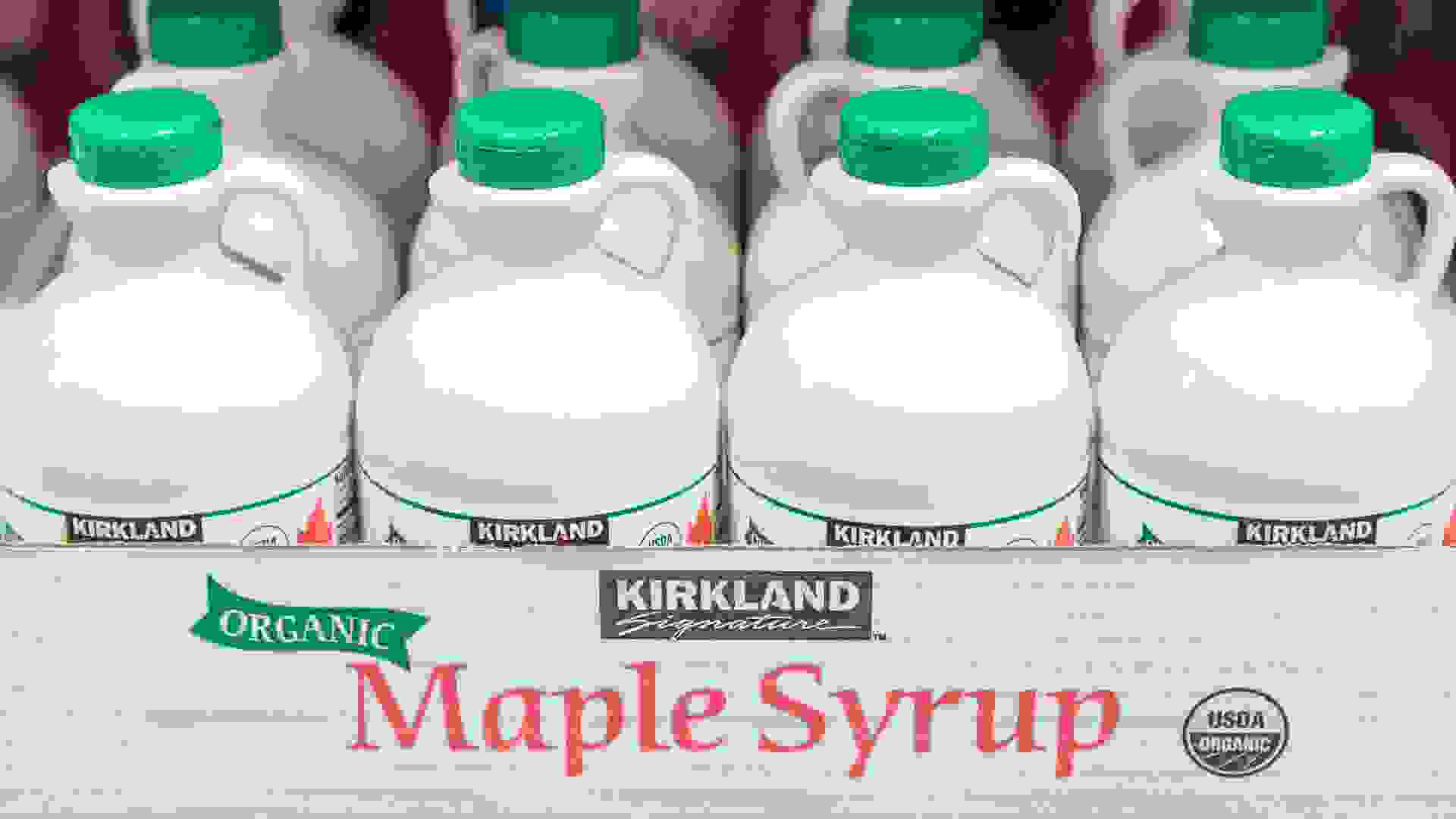 It takes a mature tree an entire season to produce just a gallon of maple syrup, which is why it’s one of the more expensive grocery items. There are cheaper alternatives, but they contain artificial flavors and high fructose corn syrup. And when it comes to the rich, sweet maple flavor, there’s nothing like the real thing.

Many brands sell maple syrup at a premium, but a higher price doesn’t always mean better quality. A 33.8-ounce jug of Costco’s Kirkland Signature organic maple syrup runs you $12 compared to $27.47 for 32 ounces of NOW brand at Walmart. 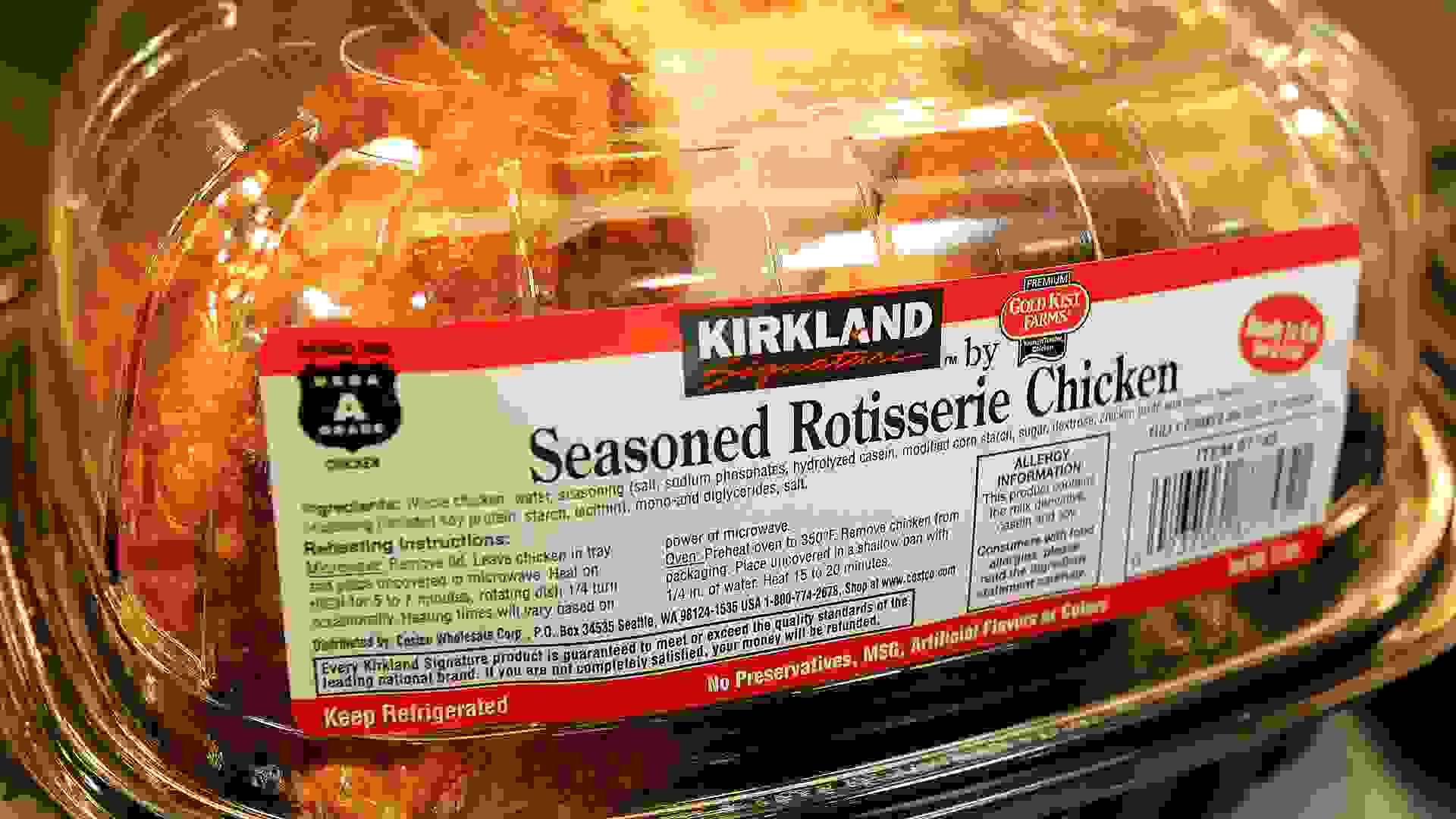 Cooked rotisserie chicken makes for a quick and easy hot dinner in a pinch, but there’s a price to pay for the convenience — unless you’re shopping at Costco. Members can pick up a fully cooked, hot and ready-to-serve chicken for just $4.99. Compare that price to Boston Market, where you can get just half a chicken with two sides for twice the price.

Costco sold an astonishing 101 million of its famous rotisserie chickens with the never-changing price tags in 2020 alone. That’s 300,000 chickens a day. 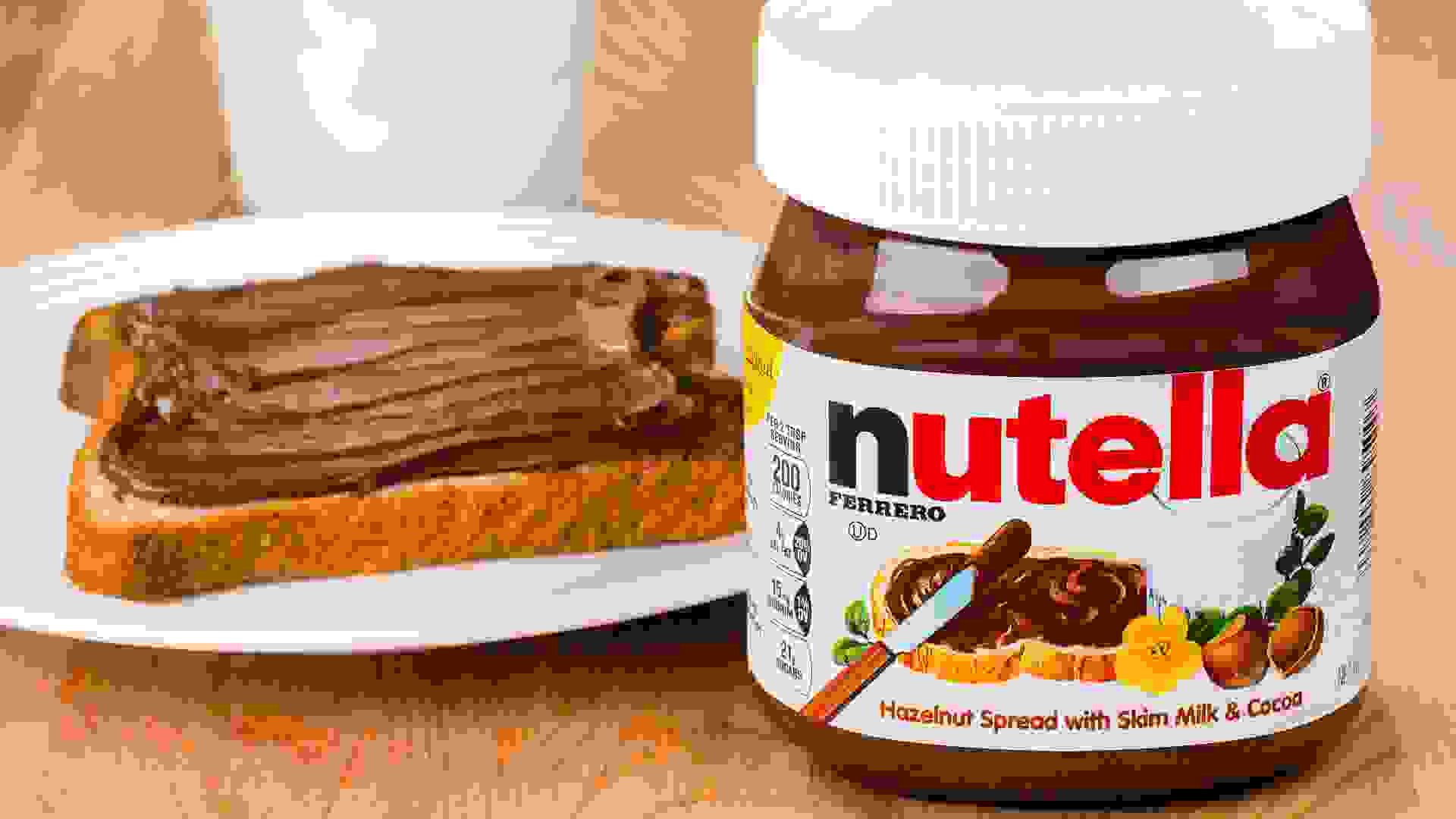 This Italian chocolate-hazelnut spread was born out of a chocolate scarcity during World War II and is now available for consumption in at least 160 countries. 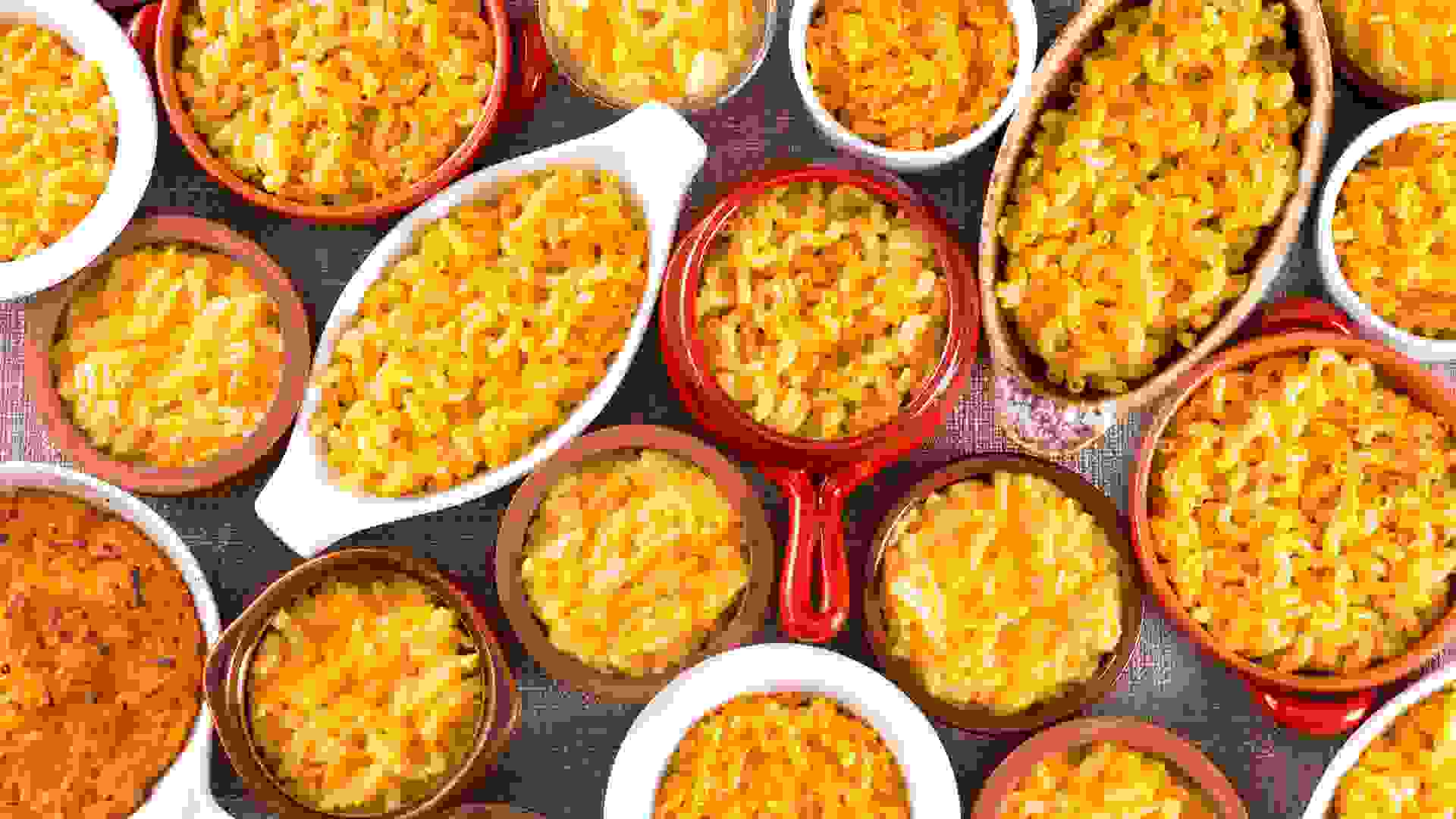 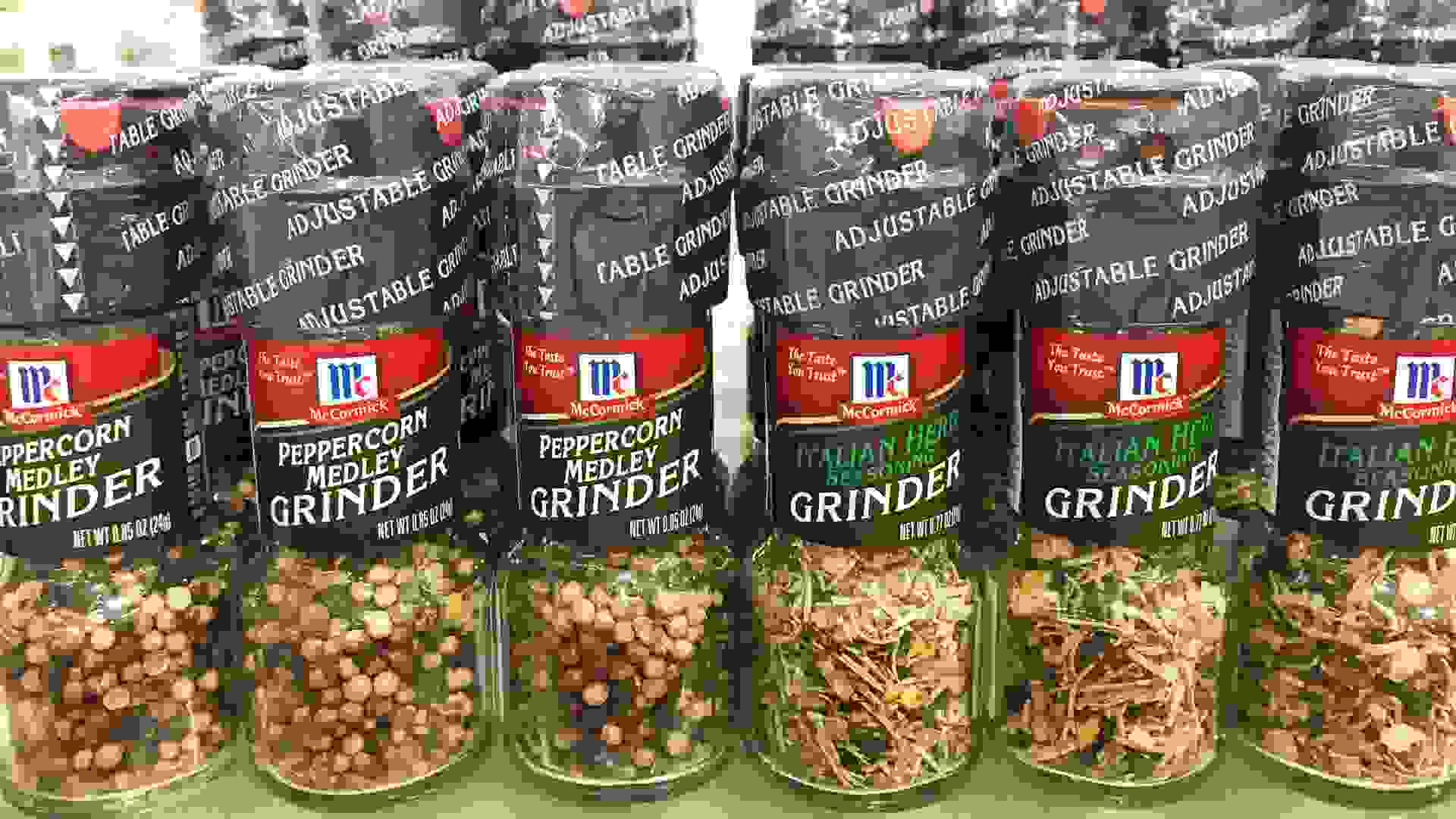 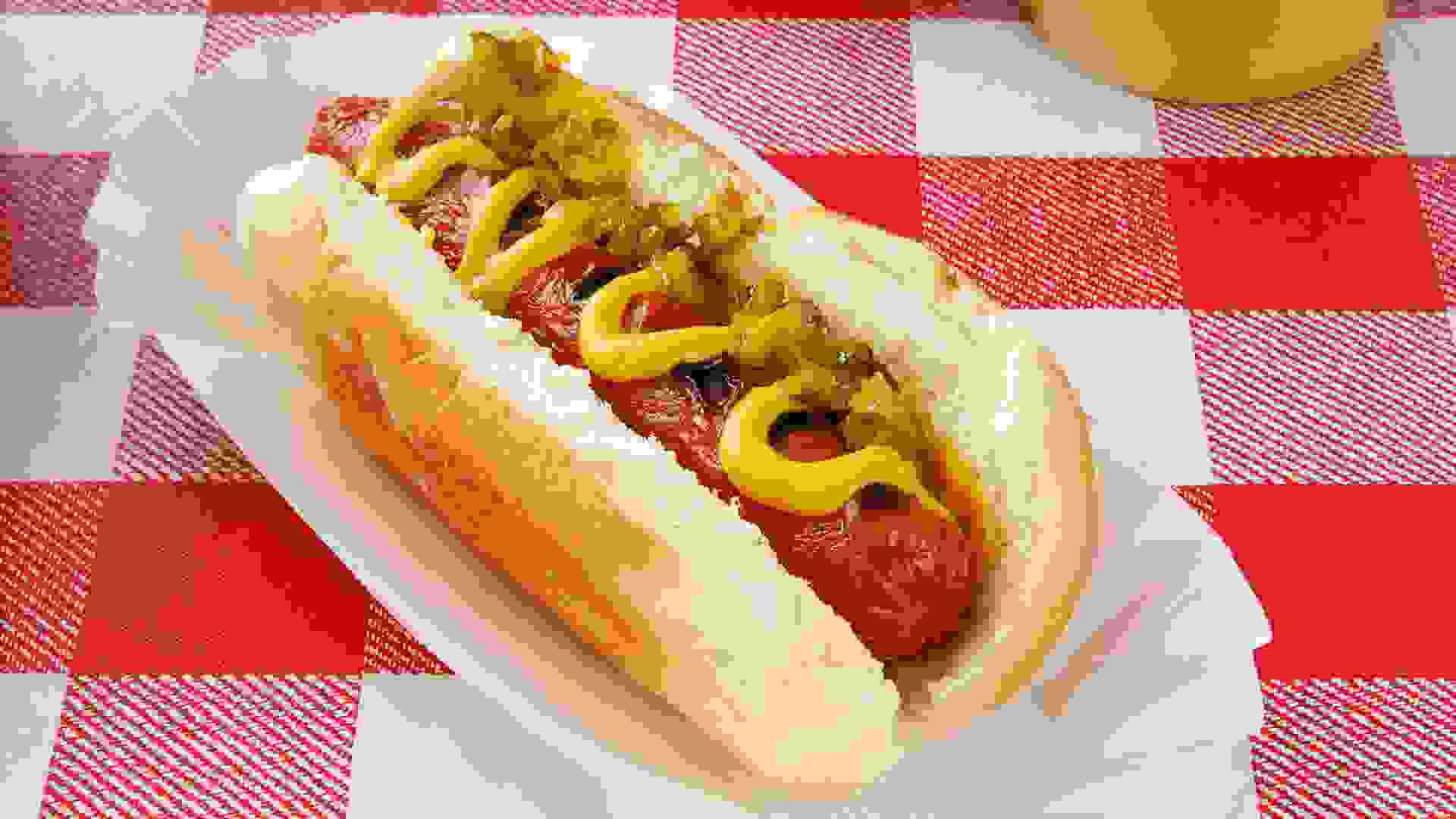 You don’t need a Costco membership to cash in on this incredible deal at the food court. For just $1.50, you can fill up on a quarter-pound, all-beef hot dog and a 20-ounce drink (with unlimited refills). Just as with its vaunted rotisserie chicken, Costco could rake in untold millions if it would just raise the price of its famous hot dog deal by only a little bit, but it chooses not to — for a reason.

A filling, tasty, low-budget food court incentivizes otherwise reluctant shoppers to hit the store for marathon shopping trips. In fact, the price of Costco’s famous hot dog deal hasn’t changed since Hebrew National — then Costco’s hot dog supplier — set up its first cart outside a San Diego Costco in 1984. Costco switched to its own Kirkland brand in 2009, but the deal remains the same.

In 2021,  you can’t get a cheaper dog and a large drink without a time machine. 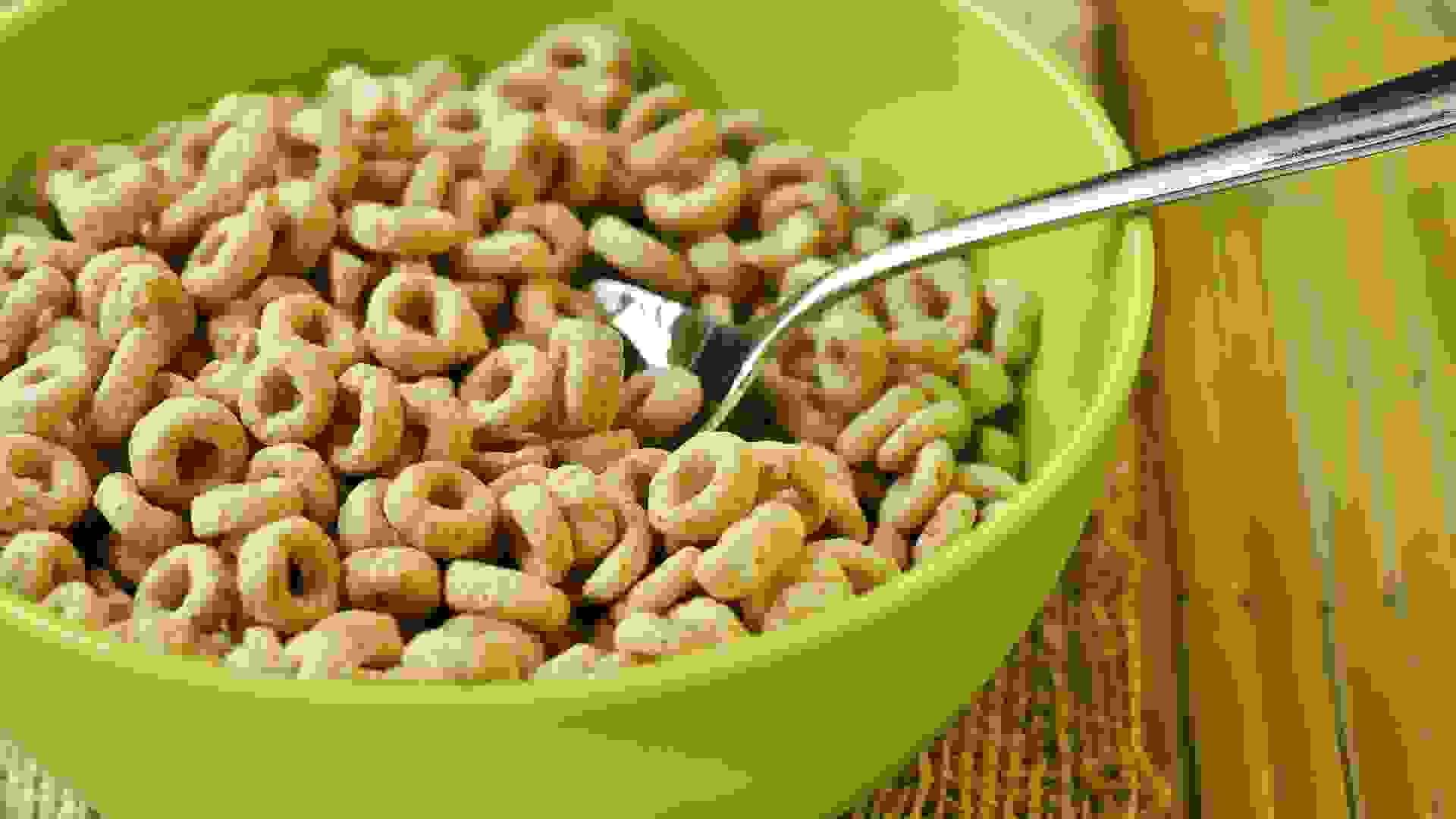 The go-to breakfast for generations of kids, cereal is an American staple. Staples can be expensive — but they don’t have to be if you shop at Costco. A two-pack of classic Cheerios at 20.35 ounces each, for example, will run you $6.99 at Costco. The biggest single-item purchase you can make at Target is a one-count 18-ounce family size for $3.79 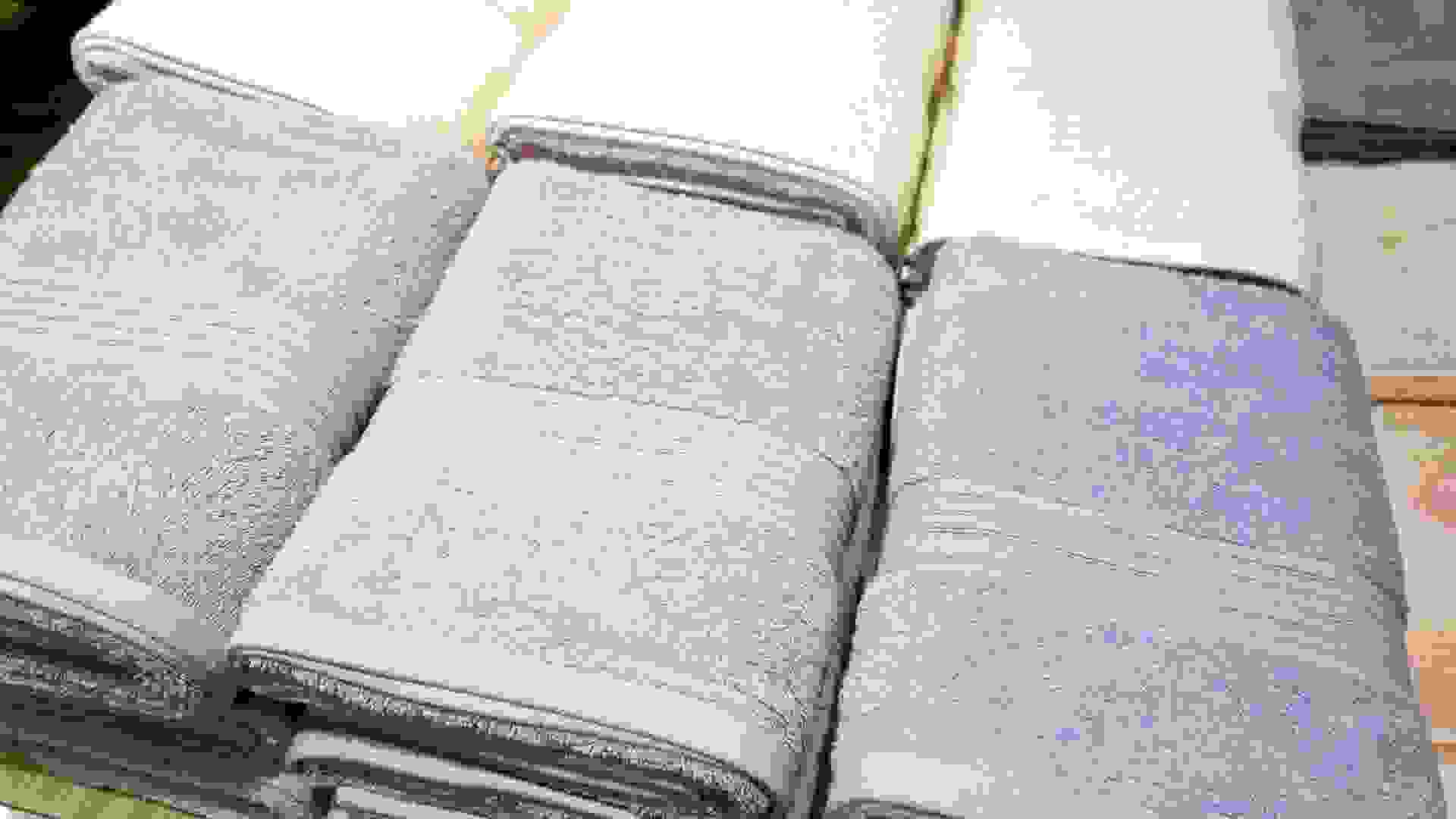 A nice bath towel can make or break your post-bathing experience, but luxury bath towels can cost a small fortune. Once again, Costco uses its buying power to drive down the price on this typically expensive item. The retailer carries Charisma Bumpy Rib bath towels, made of 100% Hygro Cotton, for just $19.99 for two. Amazon sells a two-pack for $21.99. 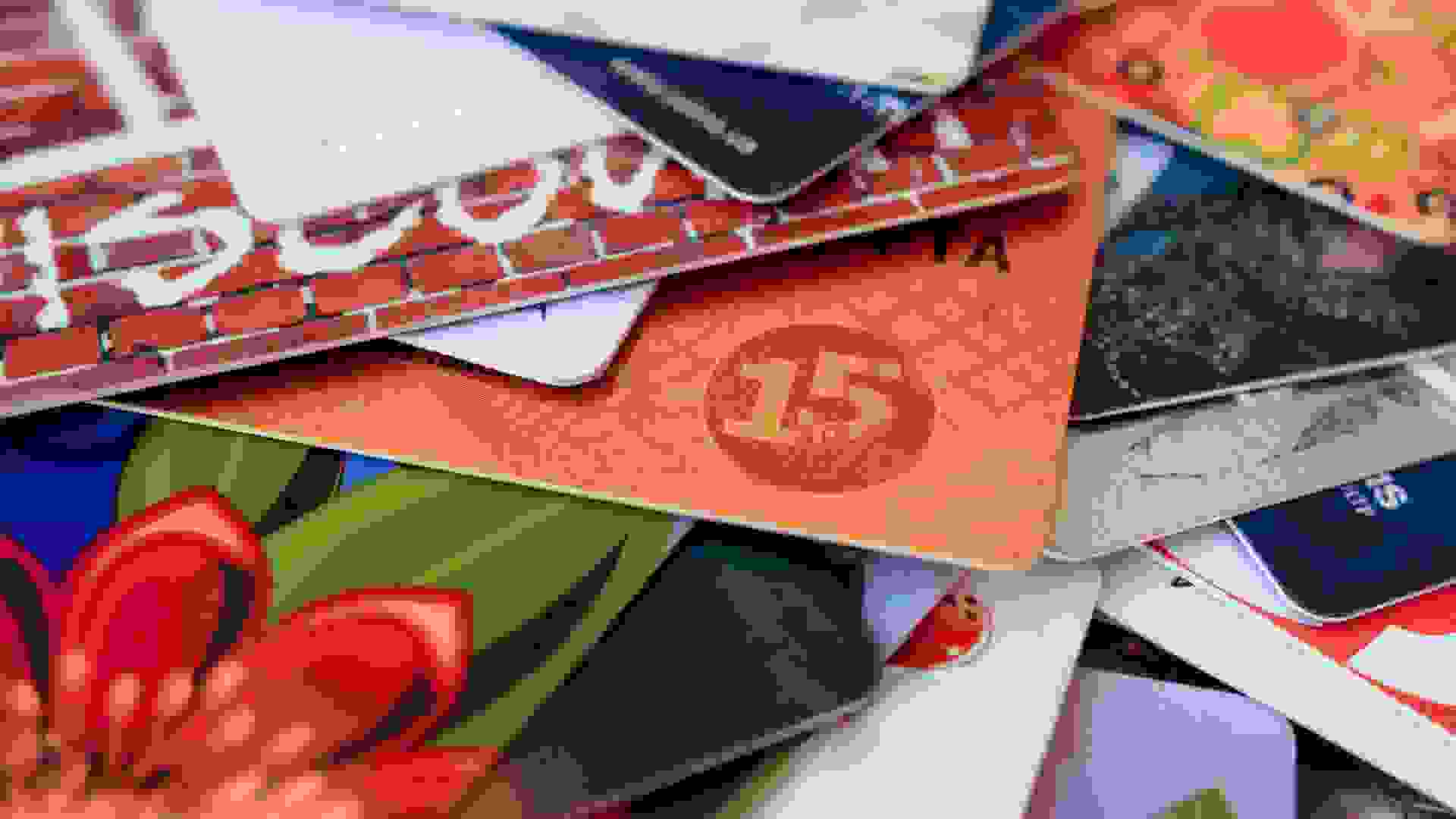 Most major retailers and grocery stores sell gift cards, but they aren’t always sold at a discount.

Costco also sells discounted gift cards for movie tickets, rounds of golf, iTunes, gym memberships and amusement parks. Whether you keep them for yourself or give them out as gifts, this is a great way to cut back on your budget without sacrificing the fun. 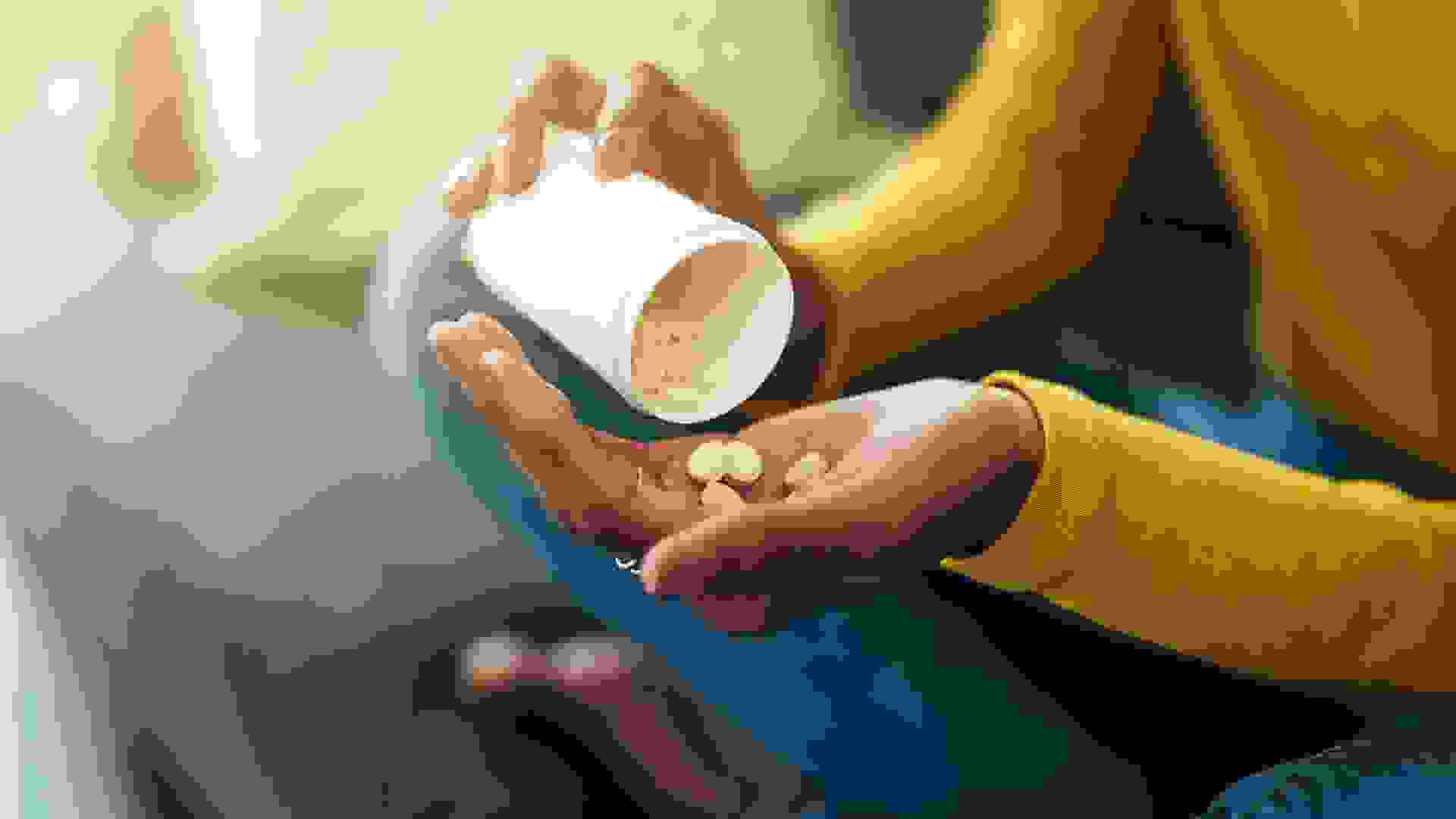 Costco has a huge selection of over-the-counter medicine, including Kirkland-brand allergy pills that are a fraction of the cost of competitors’ prices. Kirkland Signature Aller-Fex costs $33.49 for 180 tablets or about 19 cents per pill. Aller-Fex ingredients are comparable to Allegra, which Amazon sells for more than twice that amount. 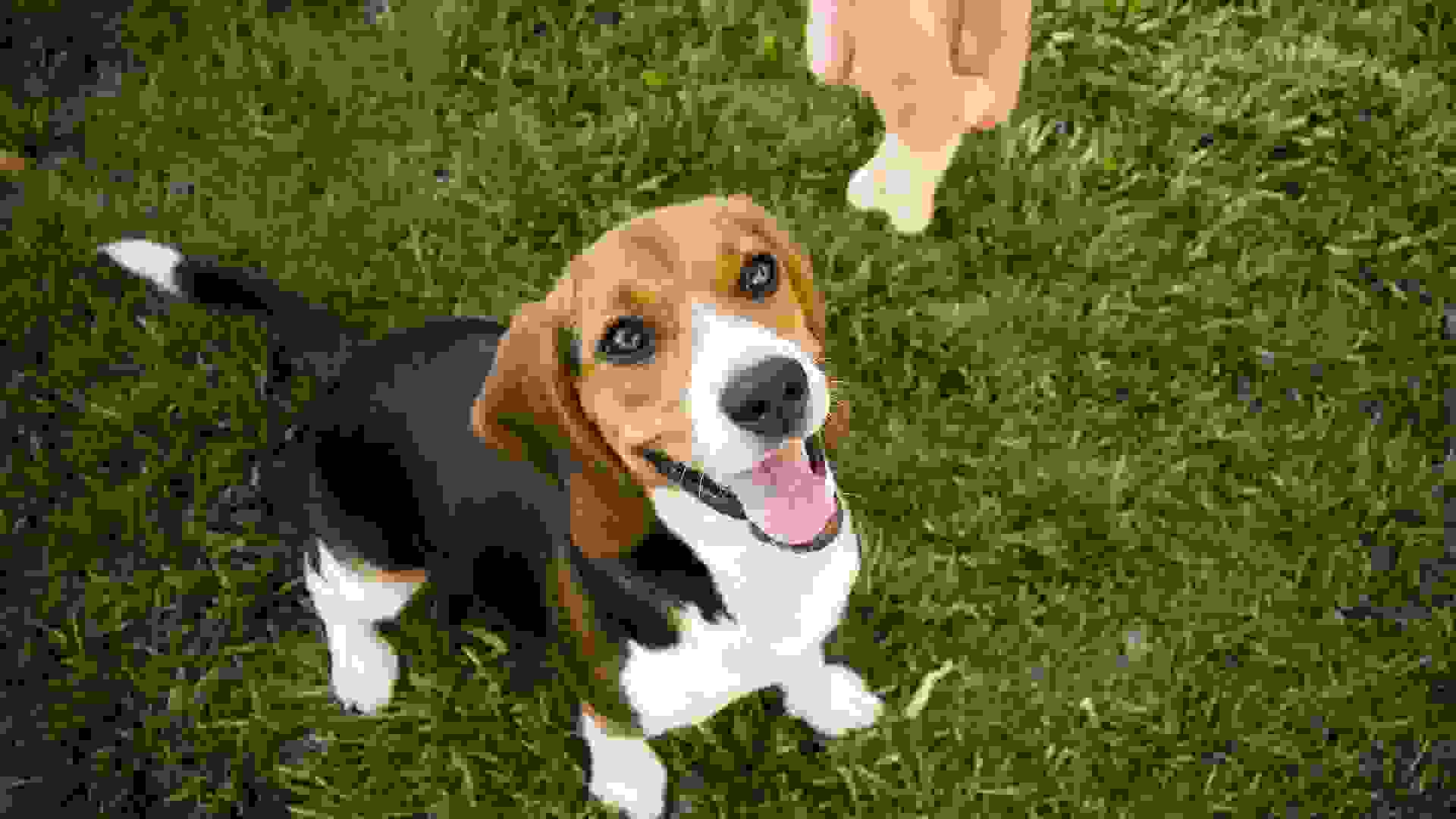 It’s been well-established that you can save money on the humans in your family by taking advantage of Costco’s low prices, but you shouldn’t stop there. Costco has a huge inventory of pet supplies, and classic dog bone treats offer some of the best deals around. If you opt for Costco’s Kirkland brand dog biscuits, you’ll pay just 6 cents per ounce. Walmart doesn’t offer its own version of the same thing, but it does sell comparable Milk-Bone biscuits for a couple of cents more per ounce on 10 pounds worth. 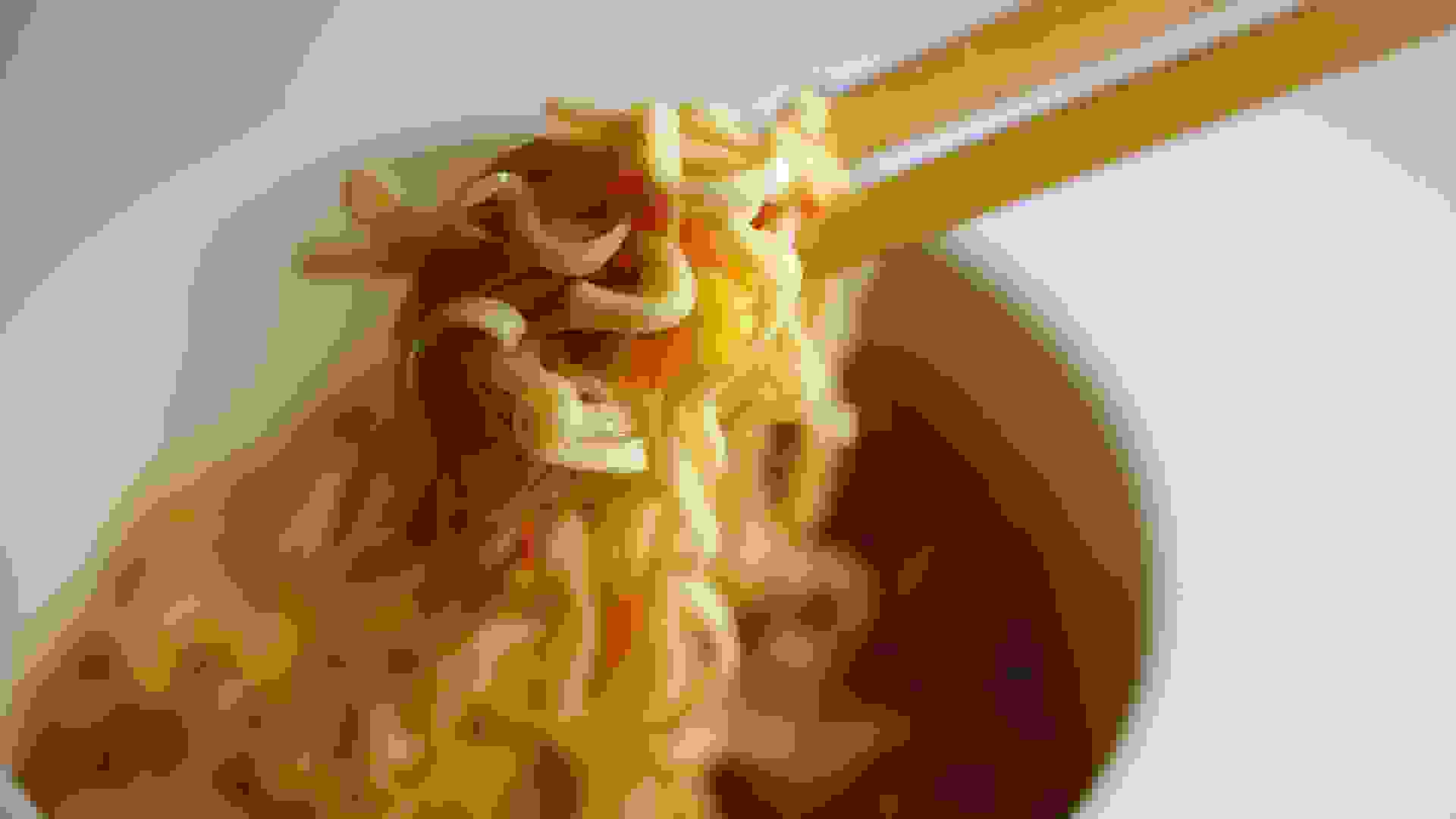 Just as macaroni and cheese has done for dinner, instant noodles have served as the default option for quick, cheap lunches on the fly for generations of families and college students. And as a plus, they’re microwaveable when purchased in cup form for added convenience. At Costco, a 24-pack of Nissin Cup Noodles is $8.99, or 30 cents per 2.5-ounce cup. 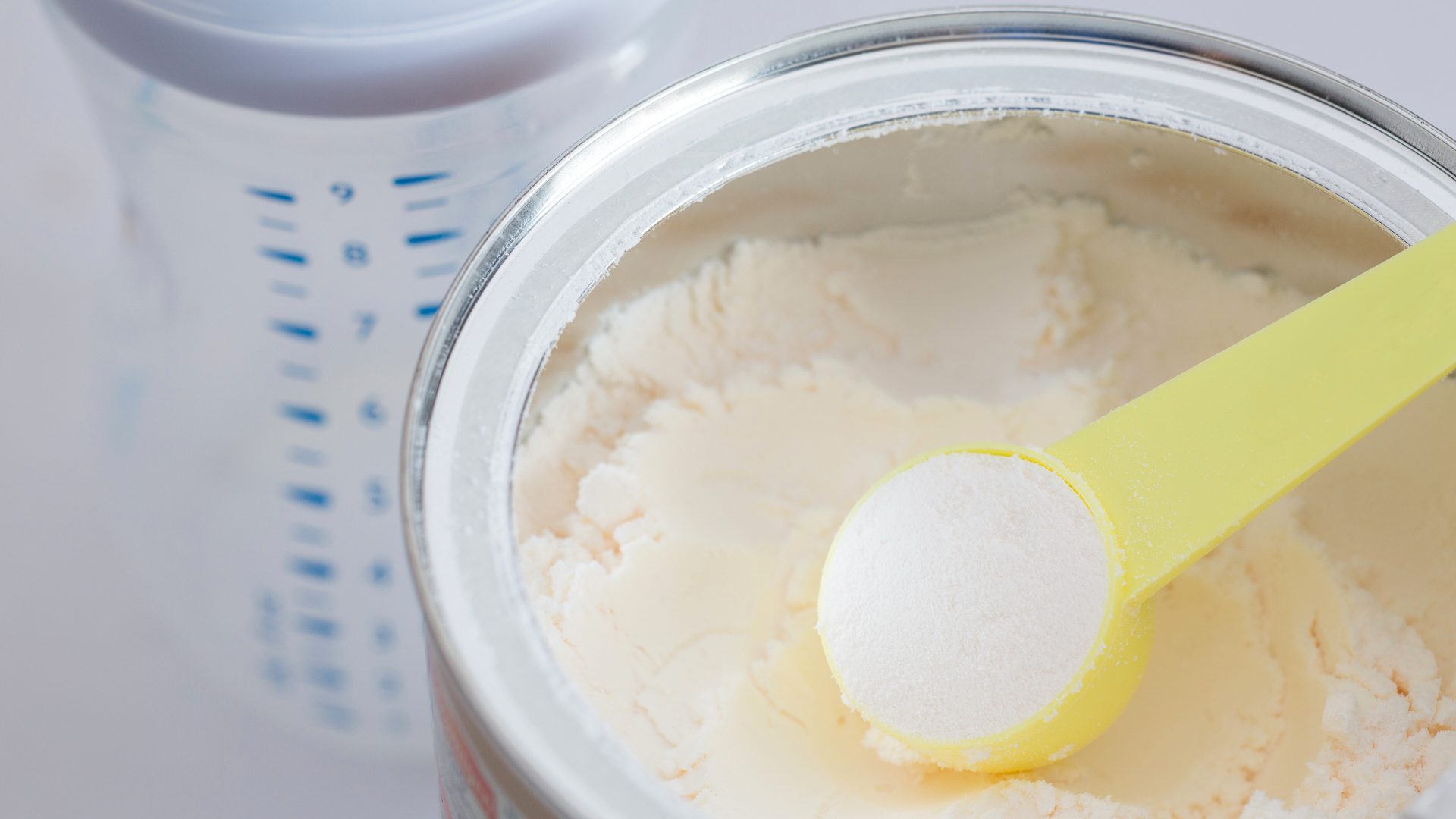 Parents and caregivers have an abundance of choices when deciding where to buy infant formula, but this item is always cheaper at Costco. A two-pack of 32-ounce containers of Similac Pro-Sensitive formula is $69.99 at Costco.

The best you can do at Amazon — without subscribing to periodic reordering — is $129.86 for three containers totaling 2.18 pounds of the exact same formula. 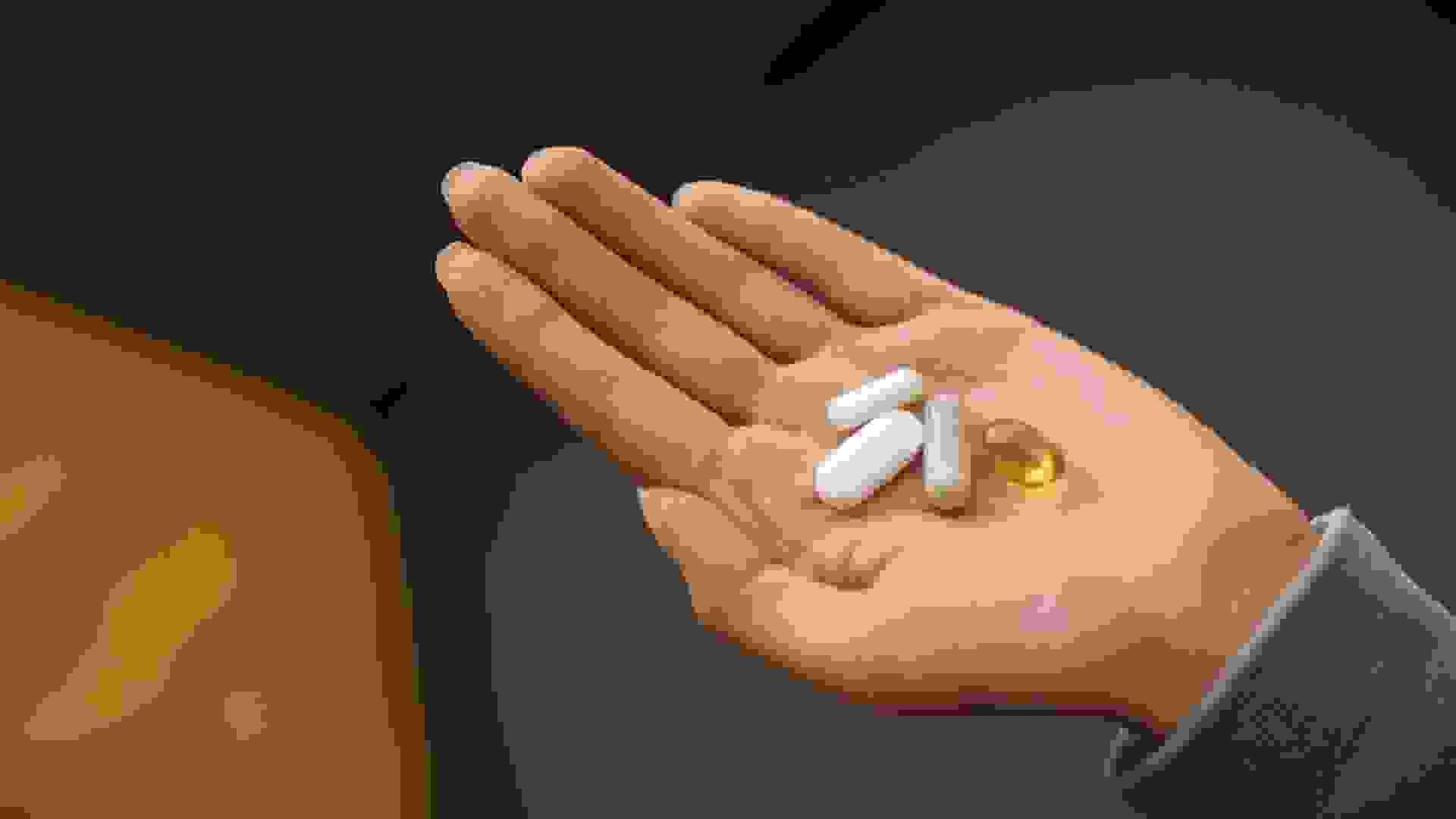 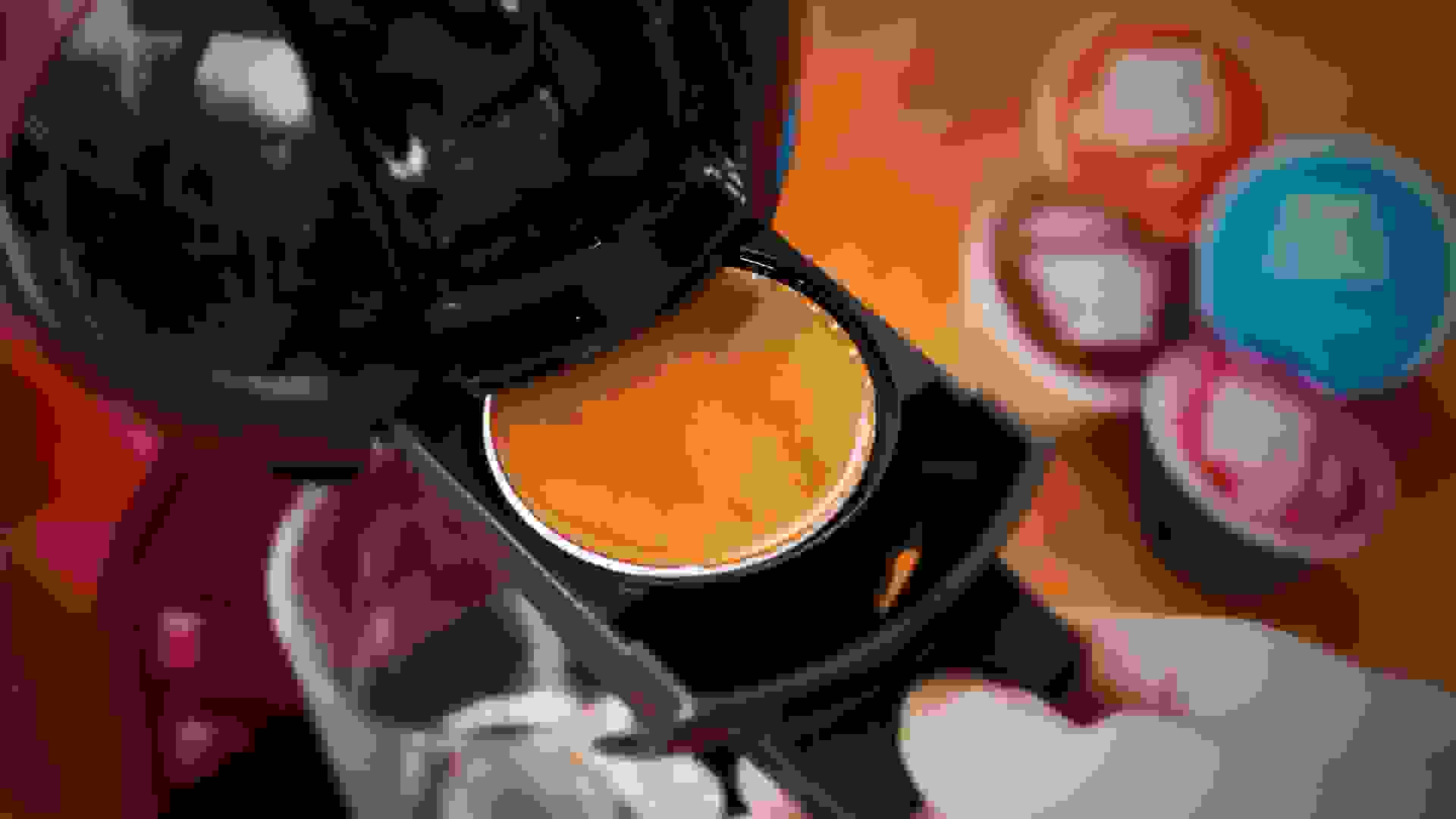 One huge benefit Costco has over the competition is that its Kirkland brand features its own line of coffee pods. You can take home 120 of them for just $38.99 — that’s three pods for a buck with four cents left over to spare. A 100-pack of 8 O’Clock pods at Walmart, on the other hand, will run you $55.00 — nearly double. 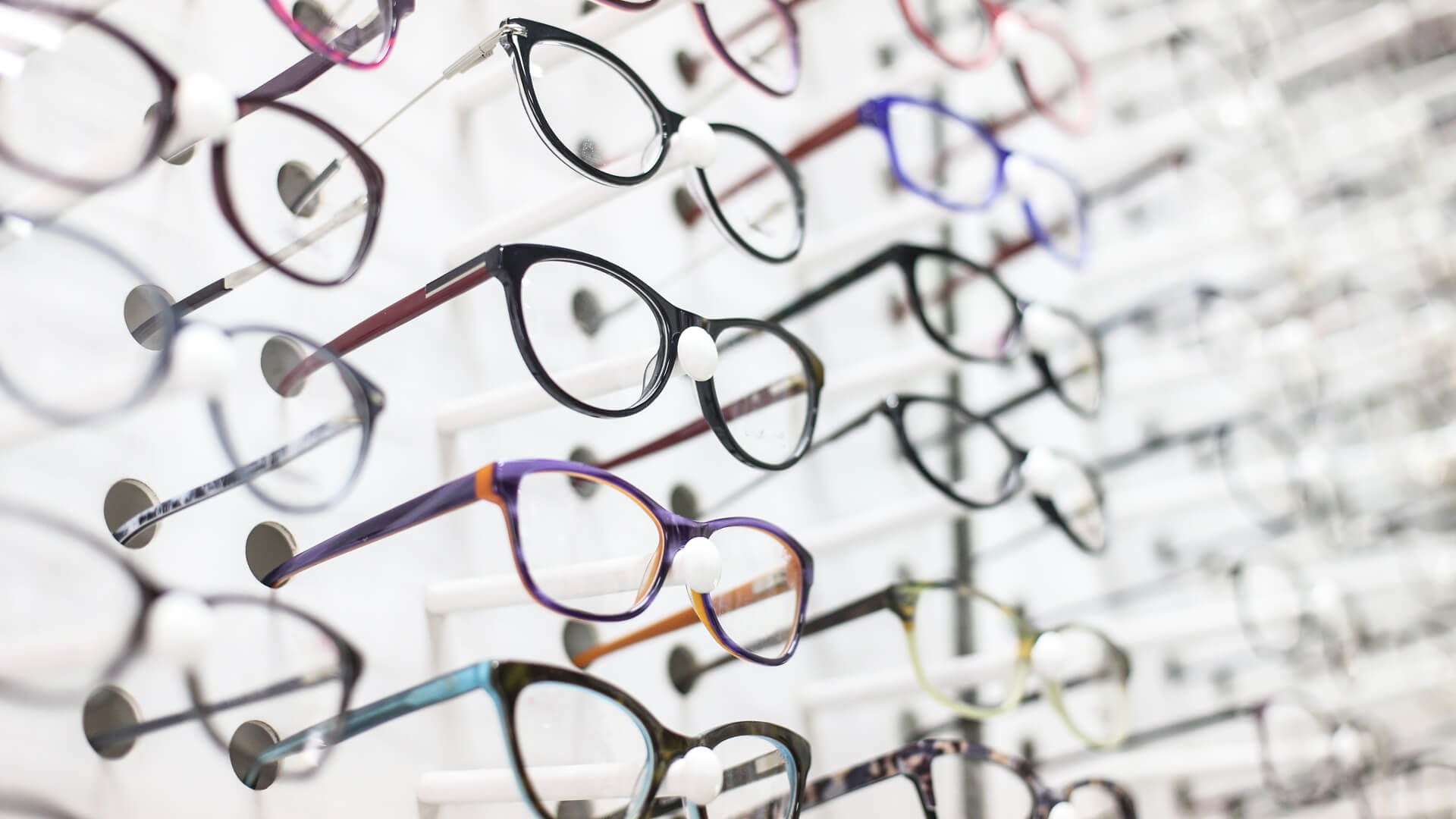 If books are a blur but you don’t need prescription lenses, a good pair of reading glasses can help bring everything into focus. 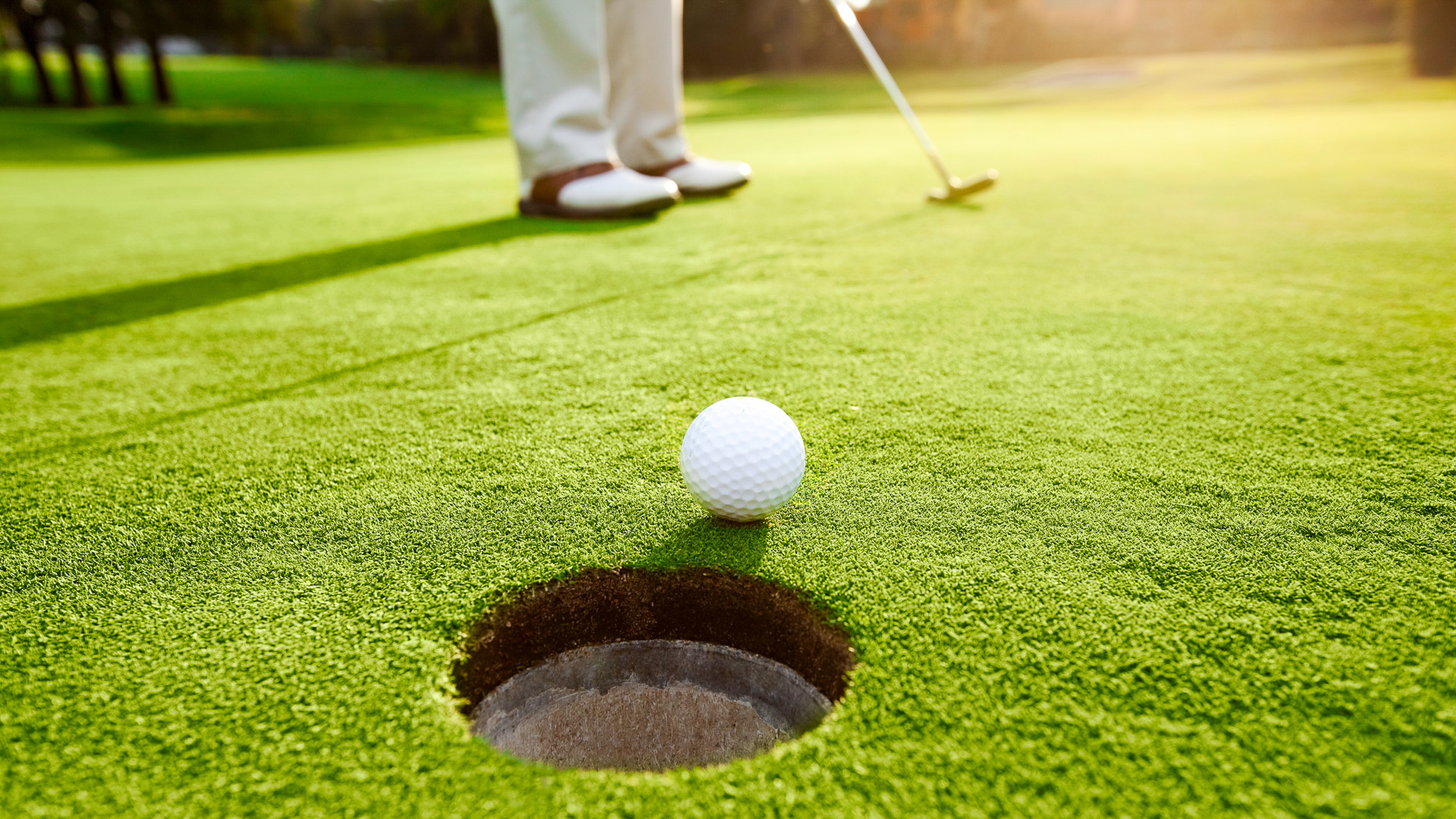 Kirkland Signature even has its own line of golf balls — and these are no raggedy shag balls, either. The three-piece, V2.0 urethane-covered balls have earned 4.6 stars from more than 1,400 satisfied Costco golfers — and they cost just $24.99 for 24, which comes out to about a buck per ball. A single 12-pack of Titleist Tour Speed, on the other hand — that’s half as many balls — will run you $39.97 on Amazon, which vouches for the deal with its “Amazon’s Choice” label. 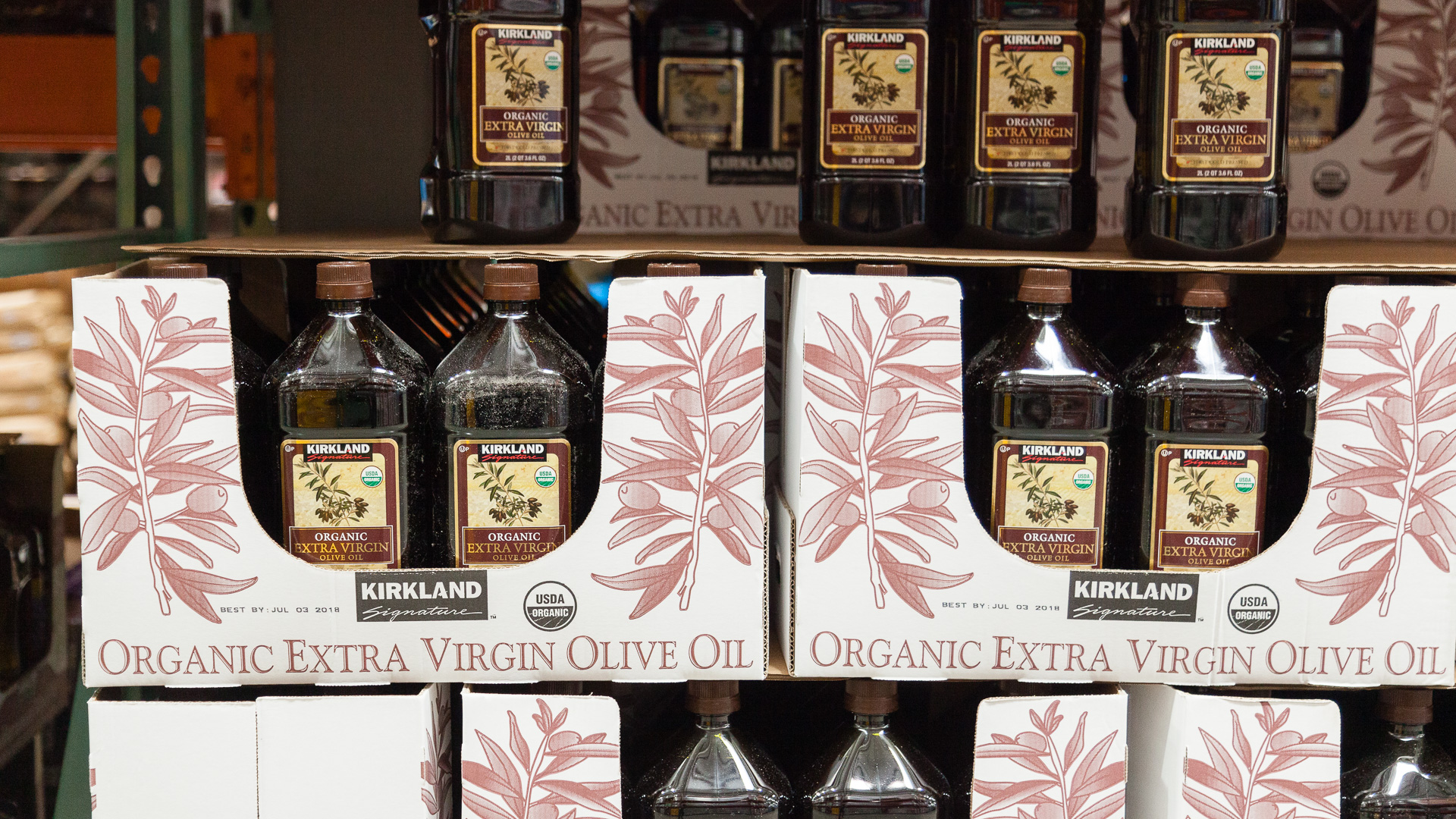 Delicious, versatile and pricey, olive oil is the first ingredient in everything from sauteed dishes to salads, but unless you settle for the cheapest stuff on the shelf, all that flavor will cost you a pretty penny — a few pretty pennies less, however, at Costco. 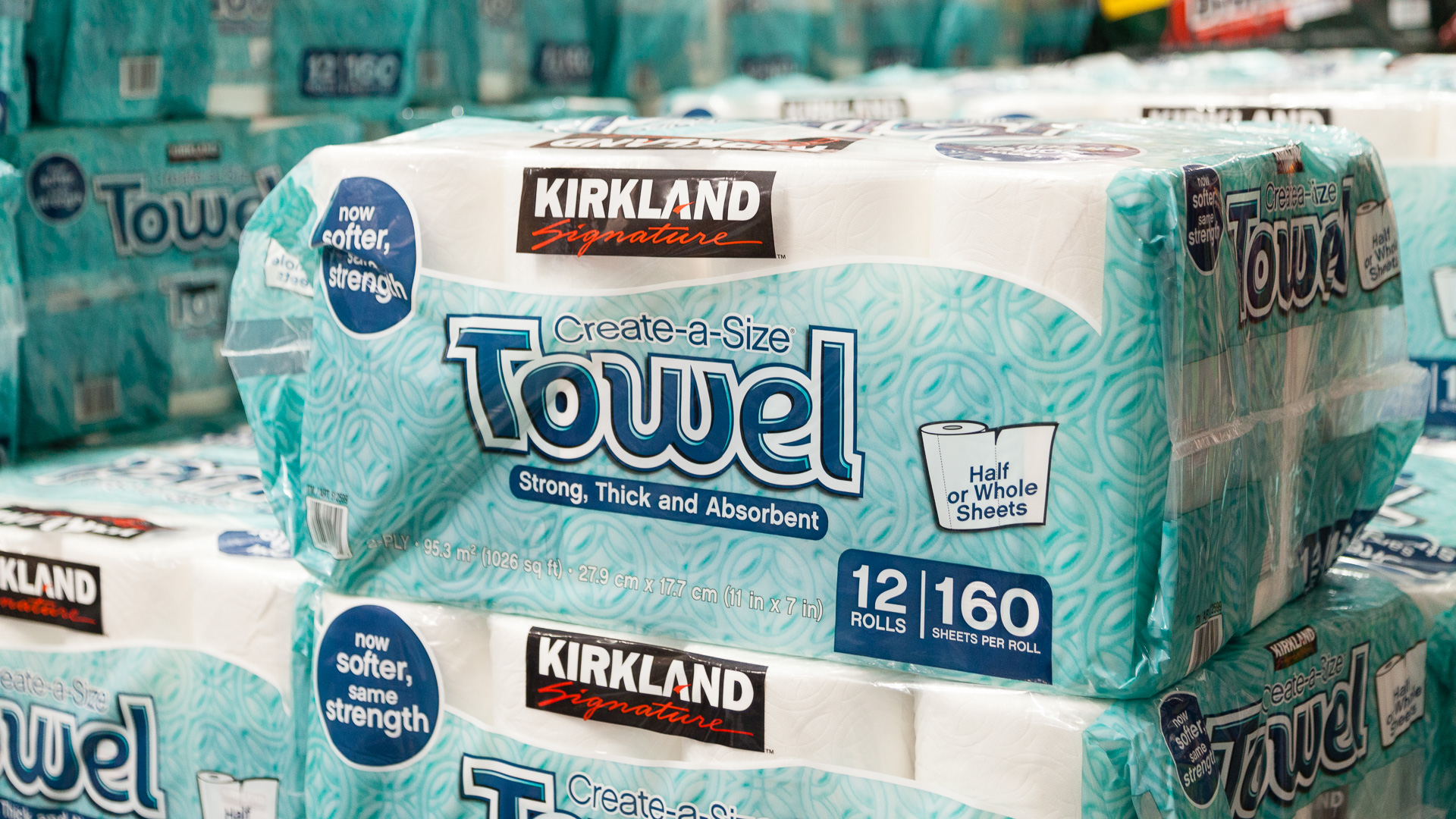 You can save big bucks on paper towels at Costco, thanks once again to the Kirkland Signature brand, which offers a 12-pack of rolls for $21.99. Target’s Up & Up brand, too, offers its own line of paper towels. Its 12-pack of “double rolls” sounds like a comparative bargain at $18.29, but there are only 110 sheets per roll to Kirkland’s 160. 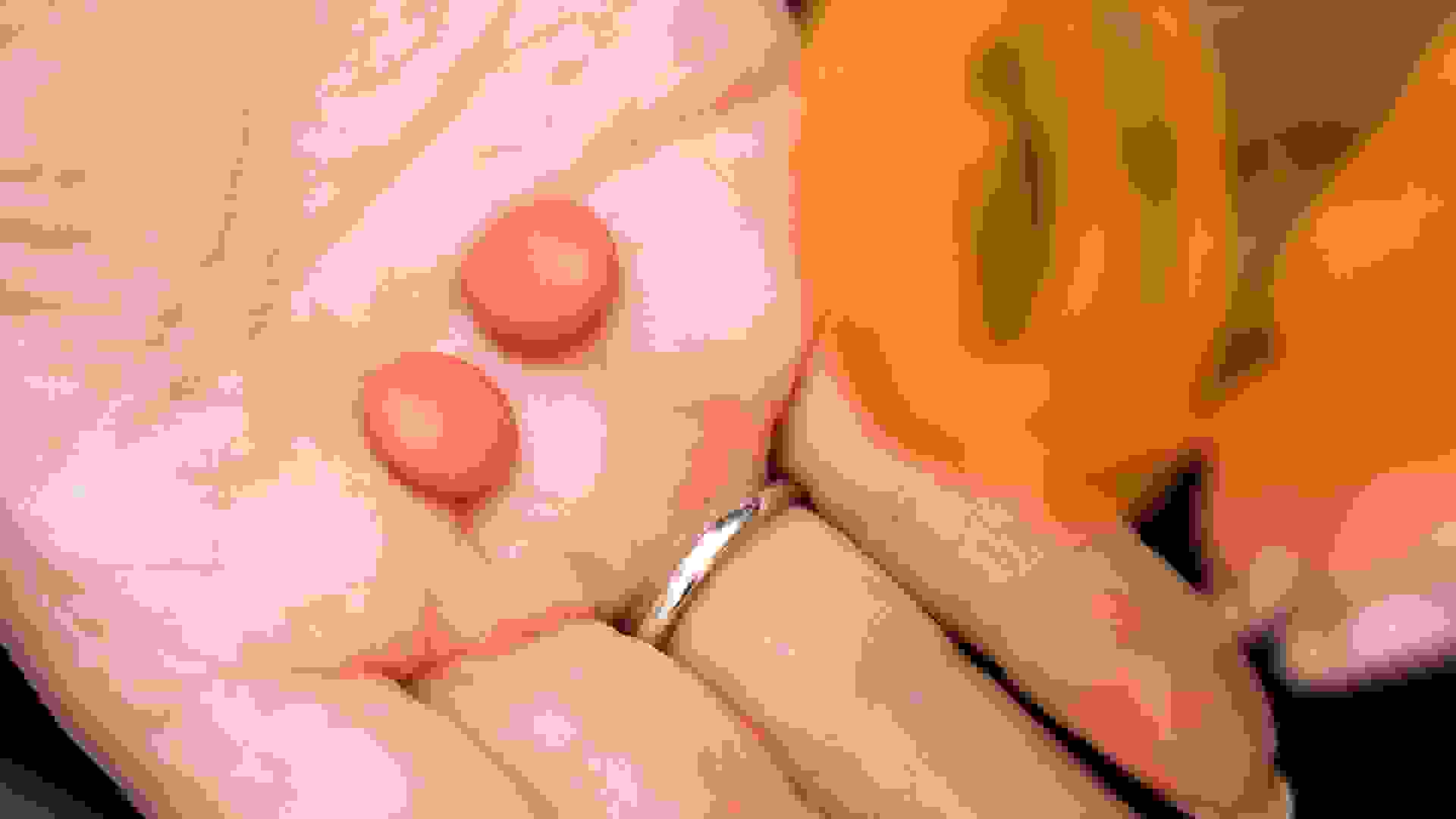 Advil ibuprofen tablets have been soothing everything from backaches and burn pain to headaches and hangovers for decades. If you’re in pain, you’ll save a lot on the relief you need by shopping at Costco, which sells 360 Advil tablets for $21.99, or about 6 cents per tablet. At Amazon, the same 360 pills cost you $24.99, or about 7 cents each — and that’s marked down from $28.79, the regular Amazon price for the same bottle. 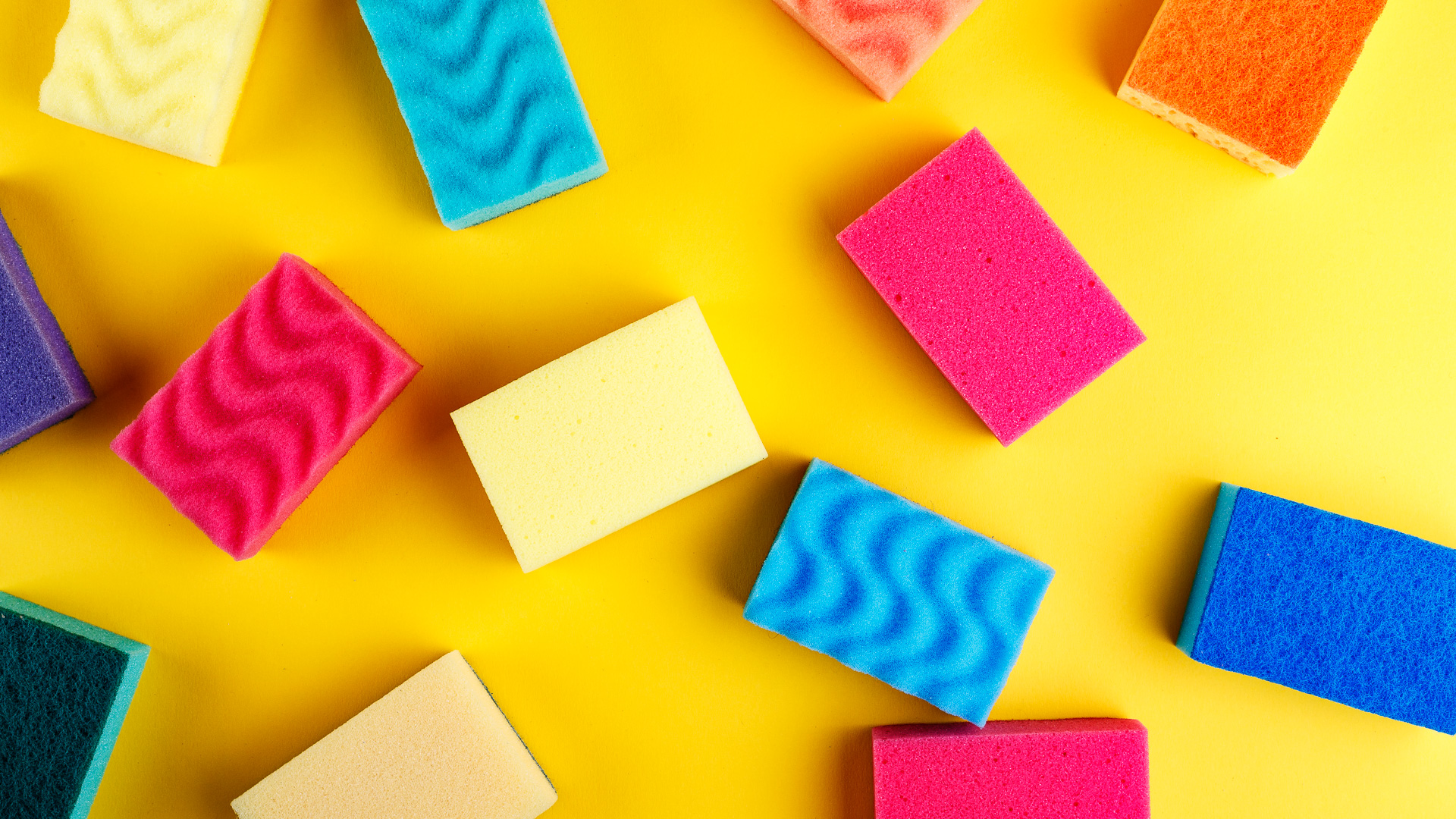 Andrew Lisa and Priscilla Aguilera contributed to the reporting for this article.

Photo disclaimer: All images are representational. 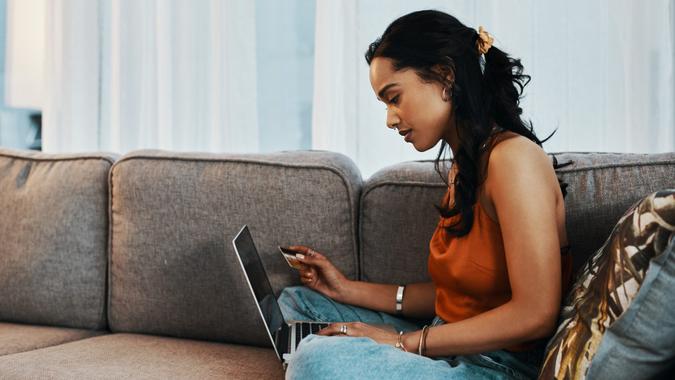 All the Ways Online Retailers Get You To Overspend

Online shopping is fast, convenient and ripe for overspending.

> Saving Money > Shopping > 21 Items That Are Always Cheaper at Costco