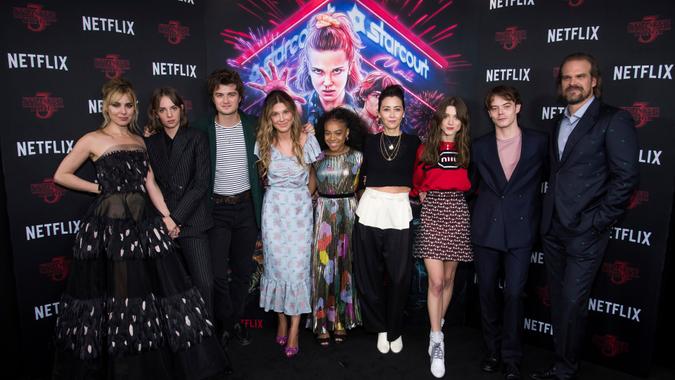 Corporate heavyweights, Walmart and Netflix are joining forces in a partnership that could rewrite the rules on how entertainment companies spread the word about their content.

See: Netflix, Redbox and More of the Best and Worst Company Makeovers
Find: Target or Walmart: Where Should You Shop This Halloween?

Under terms of the deal, which was announced on Monday, Walmart will sell products based on Netflix shows and establish a “Netflix hub” to serve as an online retail and entertainment destination for Netflix consumer products in the U.S.

In a Monday blog post on the Walmart website, Jeff Evans, executive vice president of Entertainment, Toys and Seasonal at Walmart U.S., said the hub will bring together some of Netflix’s most popular shows in its “first digital storefront with a national retailer.”

“We’re proud to partner with them on this new adventure that will let our customers dive even deeper into their favorite stories and characters,” Evans added.

The deal is the largest Netflix has ever made with a national retail chain, Bloomberg reported. Netflix will sell merchandise from some of its most popular shows on the Walmart website, while Walmart will sell toys, apparel and other items. Most of the items sold will be exclusive to Walmart.

“At Netflix, we love it when stories transcend screens and become part of people’s lives,” Josh Simon, Netflix’s vice president of consumer product, told USA Today. “Walmart gave us the opportunity to deliver a shopping experience that sets a new level of innovation for the entertainment consumer products space.”

Walmart also plans to launch a crowd-sourcing program, called Netflix Fan Select, that will let fans vote for merchandise they’d like to see from their favorite Netflix shows. The merchandise partnership will begin with seven shows and could expand over time, Netflix said.

Here’s the initial product line, according to Walmart’s website: