No, Amazon Is Not Giving Away Packages for $1 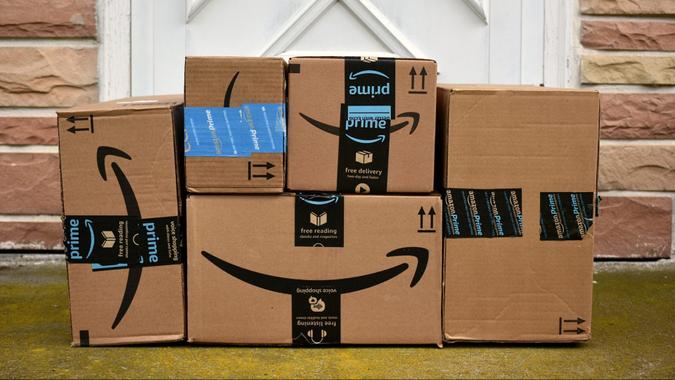 It’s a disappointing day for many hopeful shoppers as it comes to light that Amazon is actually not running a promotion wherein it would give away random packages for $1. It was all a scam.

See: Do’s and Don’ts of Dollar Store Shopping
Find: This Credit Score Mistake Could Be Costing Millions Of Americans

It started where so much fake news does — on Facebook. A proliferation of posts on the social media platform said that Amazon had such an abundance of lost and unclaimed packages taking up space in its warehouses that it was offloading them to customers for just a buck a pop.

One of the posts that went viral on the social media platform read: “By rule, Amazon can throw these packages away, but now they’re running a promotion and giving away random packages for just $1! You can easily get appliances, iPhones, kitchen items, or other items!”

When users clicked on the links in the post to sign up to buy one of these ultra-discounted items, they were rerouted to a malware scam site soliciting personal information.

There is a lesson to be learned here — if you see a post advertising a “giveaway” from Amazon, it’s almost certainly a scam. These posts gain momentum and spread through user engagement, so if you see something that looks fishy, you should avoid clicking on any attached links. Further, you should also avoid sharing, liking or commenting on the post. Instead, report it to the moderators of the social media platform hosting this fraudulent content.

Dollar Tree: 5 High-Quality Items To Buy Now
More: 8 Costco Frozen Foods That Give You the Best Bang for Your Buck

To save yourself time in vetting these posts, remember that Amazon forbids third-party sellers from sending unsolicited packages to consumers. Based on that policy, the company would never just hand out packages to random customers — no matter how overwhelmed their warehouses may (allegedly) be.