5 Reasons You Should Avoid Shopping on Black Friday 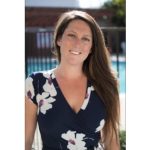 Black Friday was once considered the “busiest shopping day of the year.” Deal seekers across the country would flock to stores hoping to save big on everything from electronics to furniture.

Holiday Spending: Get Top Holiday Shopping and Savings Tips
Find Out: If Your Credit Score Is Under 740, Make These 4 Moves Now

As the years went on, Black Friday shopping started earlier and earlier, until it crept into the Thanksgiving holiday, with some retailers opening their doors before the pumpkin pie was served.

While some stores have gone against the trend of allowing shoppers to fill their aisles on Thanksgiving, many are still opening as early as 5 a.m. the day after. The question remains: Is rushing to the store before sunrise for Black Friday deals worth it?

Here are five reasons you should avoid shopping on Black Friday.

While retailers tout them as doorbusters and can’t-miss savings, some Black Friday deals aren’t really deals at all. In some cases, the sale item is a low-quality product that isn’t worth what its original price tag suggests. In other instances, the must-have product is actually offered for the same or lower price throughout the year.

Big-box stores also recycle deals. Because of excess inventory, many retailers will place the same items at the same price year after year. The savings may or may not be there. If you do plan to venture out, it is important to do your research on the items you want to buy.

Compare prices throughout the year to determine whether the doorbuster is the quality product you are looking for and whether it is really at a bargain price.

One of the biggest drawbacks to Black Friday shopping sprees is the crowds. In 2021, an astounding 155 million people shopped on Black Friday, spending on average $430, according to Zippia. The crowds are overwhelming in some areas and have proven fatal.

In 2008, a Walmart employee was trampled to death after thousands of eager shoppers attempted to rush into the store while he was unlocking the door.

While the pandemic tempered Black Friday crowds for a couple of years, the reprieve may have been temporary. This year will be a true test of whether the stores will see hordes of consumers, as they have in the past.

Retailers are smart marketers. They know that advertising limited-time offers or giving discounts on certain items is sure to get people in the door. They also know that once a consumer has made the commitment to shop on Black Friday the person is likely to purchase more than the single thing that got the customer there in the first place.

Stores spend months preparing for Black Friday. Everything — from the layout of the ads to the social media campaigns to where they place products in the store — is designed to get you to spend more money. If you are on a budget, it is best to avoid the temptation and order your must-have gifts online.

Black Friday can bring out the worst in people. Not only are large numbers of people going to a single location during a specific time, they are also vying for a certain product. To generate buzz and interest, retailers knowingly place ads featuring items that are limited in quantity. Consumers hoping to score big deals go to some pretty extraordinary lengths.

In 2011, a woman pepper-sprayed fellow Walmart shoppers who were trying to grab XBox game consoles. At least 10 people had to be treated for injuries related to the incident. Other episodes of violence on the infamous shopping day include shootings, assaults and stabbings.

Black Friday shoppers also might find that the once-a-year savings are not actually once-a-year. Depending on the product, there may actually be a better time to buy the item.

Black Friday deals are designed to get customers in the door, so they often boast too-good-to-be-true discounts. The problem is that these offers may not be one-time deals. In some cases you can get the product online; in others, it is actually cheaper to wait until after the holidays.

Retailers are also starting Black Friday deals days or weeks before Thanksgiving in the hopes of capturing an even larger audience. Flash sales and limited-time offers are common in the two-week period leading up to the traditional shopping day.