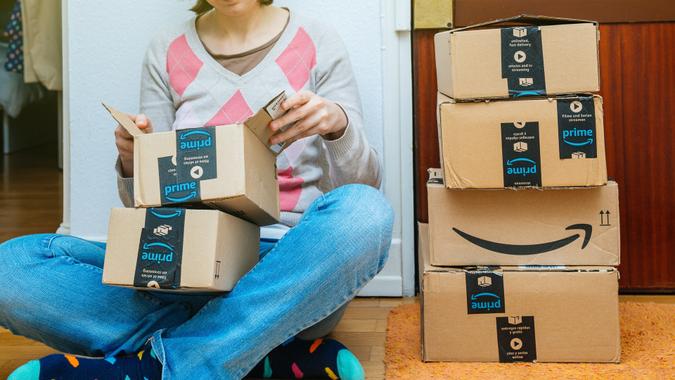 A British consumer advocacy group investigating online schemes looked into fake Amazon reviews, which are being sold “in bulk packages,” according to the group.

See: 18 Online Shopping Traps and Scams to Watch Out For
Find: How Amazon Changed Our Shopping Habits — For Better and Worse

The group is called Which?. As an “independent consumer voice that influences politicians and lawmakers and holds businesses to account,” the group’s mission entails tackling online scams and campaigning for safer products, according to its website. A recent Which? investigation revealed “a thriving industry of review manipulation businesses targeting Amazon marketplace and evading its checks.”

The group explains on its website that while Amazon sold an estimated $295 billion worth of products worldwide in 2020, with many sellers successfully trading through high-turnover online storefronts, competition has led some sellers to turn to experts who have built businesses around gaming Amazon’s system.

In December 2020, Which? signed up with 10 sites offering review manipulation services, including free or discounted products in exchange for reviews and sales campaigns for sellers to boost their positive reviews.

What it found is alarming.

For example, Germany-based AMZTigers is a company offering “review campaigns” that it claims will help products become best sellers. It has a large army of reviewers: 62,000 global reviewers and 20,000 based in the U.K.

“For Amazon marketplace sellers that just want reviews, AMZTigers sells them individually for around £13, or in bulk packages starting at £620 for 50 reviews going up to an eye-watering £8,000 for 1,000 reviews — showing how seriously sellers take reviews, and the investment they’re willing to make,” Which? said on its website.

See: The Classic Cons Behind These Digital-Age Scams
Find: Beware These 18 Industries and Companies Selling Your Information

Another way online sellers can gather more reviews is by offering products free or at heavily discounted prices in exchange for a written review on a listing. This is known as review incentivization, and it violates Amazon’s terms and conditions, the group notes.

Another site Which? signed up for, AMZDiscover, allows sellers to target customers they know are interested in particular products and poach them from competitors. “By signing up to one of the paid-for plans, sellers can access the contact details of existing Amazon reviewers,” including information about their reviewer ranking on Amazon, email addresses and social media profiles. Which? claims that some AMZDiscover clients have downloaded 40,000 email addresses for potential reviewers, in violation of Amazon’s policy.

Asked about these practices, Amazon told Which? it had clear policies for both reviewers and selling partners that prohibit abuse of its community features. Amazon claims to analyze more than 10 million reviews weekly and suspend, ban and take legal action against those that violate these policies.

“Amazon says that it and other online retailers can’t do this alone, and that ‘the systematic manipulation of reviews needs consistent enforcement and global coordination with stronger enforcement powers given to regulators against bad actors,'” according to Which?.

A previous investigation by the consumer group into Facebook and eBay led these companies to sign agreements with the U.K.’s Competition and Markets Authority to “better identify, investigate and respond to fake and misleading reviews,” according to the BBC.