Where and When To Shop To Save Money on Clothes 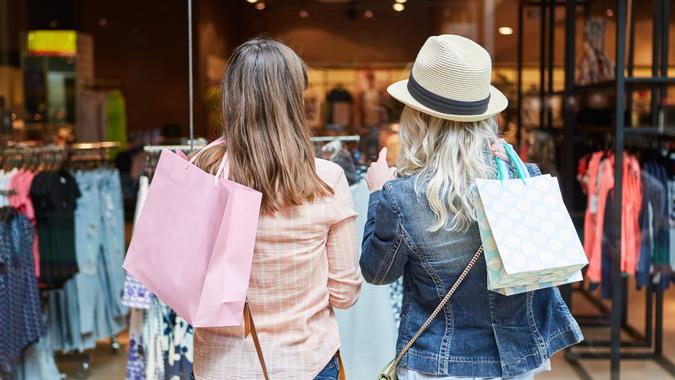 As a general rule, you can save money on seasonal apparel by shopping at the end of the season, and clothing is generally heavily discounted during Black Friday sales. But on top of that, many retailers hold regular sales throughout the year that you may want to add to your calendar if you want to avoid paying full price for clothes and shoes.

See: 30 Ways Shopping Will Never Be the Same After the Coronavirus
Don’t Miss: 10 Popular Products That Costco Doesn’t Sell Anymore

Here’s when some of the top clothing retailers are expected to have sales this year.

“The sale often offers 25% off most items, with some brands and lines excluded, plus extra value for members of the retailer’s rewards program,” said Kendal Perez, former savings expert at Coupon Sherpa.

The Children’s Place: January and June

Kids’ clothing retailer The Children’s Place holds “monster sales” twice a year. The sales usually occur in January and June each year. During the “monster sale,” graphic tees, basic jeans, activewear and other kids’ clothes are 60% to 80% off, TopCashBack.com reported.

Keep More of Your Money: 30 Things You Should Never Buy Without a Coupon

Macy’s typically has its semi-annual sales in January and July, during which you can expect deals of 25% to 75% off everything, according to Groupon. In late spring/early summer and December, Macy’s holds its Friends & Family sales, when you’ll get an automatic 30% off everything, including designers, sale and clearance items, plus an additional 10% to 25% in select departments. Plus, Macy’s holds One Day sales throughout the year, which typically fall on the third Saturday of the month with a preview day on Friday.

Nordstrom’s semi-annual sale, the Half-Yearly Sale, takes place in late May or early June and again in December, according to Groupon. During this sale, you can score savings of up to 50% off. But Nordstrom’s most anticipated sale of the year is the Anniversary Sale, which typically takes place in July and offers major discounts on new items.

Stop Now: 40 Supermarket Buys That Are a Waste of Money

Saks holds semi-annual sales during the spring — usually in April or May — and again in August, according to SheFinds. During these sales, discounts can be as high as 75% off.

Victoria’s Secret holds its Semi-Annual sale in the summer and winter, during which you can get up to 50% off on panties, bras, leggings, sleepwear and activewear, according to RetailMeNot.