Despite Reopenings, Online Shopping Is Growing — And More Spending Trends in 2021 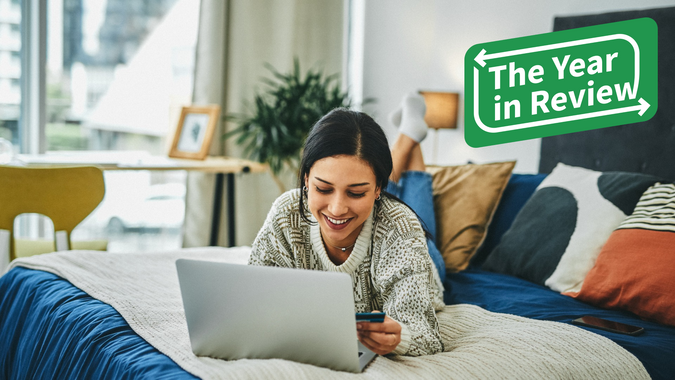 Now that 2021 is coming to a close, it’s time to look back and reflect on the shopping and spending trends that shaped it. The COVID-19 pandemic wreaked havoc on the economy last year, but things are looking up.

Here’s a look at the biggest shopping and spending trends of 2021.

Online Shopping Is More Popular Than Ever

In an effort to reduce their risk of COVID-19 exposure, many consumers shifted much of their shopping online. Even now that vaccines are plentiful for Americans ages 5 and over, this trend shows no sign of slowing.

Non-store and online sales are expected to increase 18%-23% to a range of $1.09-$1.13 trillion in 2021 — excluding automobile dealers, gasoline stations and restaurants — according to the National Retail Foundation.

More than half — 57% — of consumers are shopping online at a higher volume than before the pandemic, according to Feedvisor’s 2021 Amazon Consumer Behavior Report. Additionally, 72% of survey respondents now have an Amazon Prime membership.

Breaking it down even further, 47% of people have shopped weekly or daily in a physical store location during the last 12 months, according to data from the December 2021 PwC Global Consumer Insights Pulse Survey. Slightly less, but notably close, 41% shopped online via a mobile phone or smartphone compared to 39% in June 2021 and 33% in March 2021.

Some People Are Ready To Splurge

As things slowly returned to a new normal this year, people were ready to open their wallets and leave the economic uncertainty of 2020 behind. In June, Bank of America CEO Brian Moynihan told CNBC’s Becky Quick on “Squawk Box” that customers’ credit and debit cards over the Zelle payment network saw a 20% increase for the year so far, compared to the same time period in 2019.

Therefore, it isn’t surprising that nearly 70% of people planned to spend more than usual in at least one category — i.e., 35% on travel and vacations and 28% at restaurants — depending on the COVID-19 situation, according to a March 2021 survey conducted for The New York Times by Survey Monkey.

However, people were more inclined to treat themselves earlier in the year than later. In February, 51% of people planned to splurge in 2021, compared with just 42% in August, according to data from McKinsey & Company.

Due to the pandemic, in September 2020, 67% of parents with children under age 18 reported that classes had moved to a remote format, according to the National Center for Education Statistics. However, by June 2021, a National Retail Federation survey revealed 64% of back-to-school shoppers expected children to return to in-person classes mostly or entirely, increasing the demand for back-to-school shopping.

Spending on Food Services and Accommodations Has Strongly Recovered

Among service categories hit especially hard by the pandemic from February through April 2020, food services and accommodations had the strongest resurgence, according to Deloitte. For example, personal consumption expenditures on food services and accommodations during the second quarter of 2021 was just 3.2% lower than the first quarter of 2019.

Impressively, advance monthly sales for food services and drinking places in the U.S. totaled $72.42 billion — seasonally adjusted — in October 2021, according to the U.S. Census Bureau. As for travel, Americans were expected to set a record with 2021 summer vacation spending topping $150 billion — averaging $2,122 per household — according to an August 2021 whitepaper published by Allianz Partners USA.