Many of the offers appearing on this site are from advertisers from which this website receives compensation for being listed here. This compensation may impact how and where products appear on this site (including, for example, the order in which they appear). These offers do not represent all financial or credit offers available.

GOBankingRates > Saving Money > Home > How Tiny Living Helped a Couple Pay Off More than $200,000 in Debt

Lots of people try strategies like cutting their household budget and using debt consolidation to pay off what they owe. But when Garrett and Claudia Pennington found themselves with more than $200,000 of debt, they used an unconventional debt management approach to eliminate it: tiny living. Rather than chip away at their debt bit by bit, they downsized from a 1,500-square-foot house to a 536-square-foot, manufactured house to accelerate the process.

Find out how the Penningtons got out from under their mountain of debt. If you're in debt over your head, consider taking the leap to a tiny home — you'll find that living in smaller digs offers many perks.

A Small Home Was the Best Decision They Made

“Selling our big house and moving to a smaller house was one of the best decisions we made because the smaller mortgage meant we could get out of debt faster,” Claudia said. It took just 23 months for them to pay off the entire $204,971 they owed. The effect was more like a debt snow squall than a debt snowball or debt avalanche, Claudia writes on the couple’s blog, Two Cup House.

But eliminating that much debt in a relatively short period of time wasn’t simply a matter of moving to a tiny house. “It was a lot of work,” Claudia said. But tiny living played a big role in the Pennington’s debt freedom. “If we hadn’t downsized, we’d still be in debt,” she said. “It’s made a tremendous difference.”

Although the Penningtons blame the bulk of their debt on what they call their "big house," there were plenty of other reasons they had dug themselves into a $200,000-plus hole. “We made all the standard mistakes,” Garrett said.

They had racked up $36,079 in student loan debt and took out a $156,013 mortgage to buy their 1,500-square foot home. The Penningtons’ credit card debt ballooned to more than $16,515 because they used credit to pay for home remodeling projects — and plenty of other stuff they now realize they didn’t need.

“We were spendy, to say the least,” Claudia said. But the debt that resulted from their spending didn’t bother them at the time, so they didn’t bother employing budgeting tips or money-saving tips. “People around us accepted debt as a part of life,” Garrett said. “We thought, ‘That’s the norm.’”

They Maxed Out Their Credit Cards for the Last Time

But in 2015, they saw that their expenses had gotten out of control and wanted to learn how to get out of debt. “The straw that broke the camel’s back was the credit card debt,” Claudia said.

Earlier, they had bought a camper for $10,000 using a credit card cash-advance check with a low promotional interest rate. In March 2015 — with just eight months left of the promotional rate — they realized they wouldn’t be able to afford their monthly credit card payments once the low rate expired, Claudia said.

It wasn’t the first time they had been in this situation and when it had happened before, they vowed it wouldn’t again — but it did. At that point, they realized they needed to change their ways.

Check Out: Cities With the Most Tiny Homes

They Came Up With a Debt Plan

By April 2015, they had formed a plan to pay off the $204,971.31 in debt they owed at that time. “Once we identified we were living above our means and all our money was going into our house, we decided to downsize,” Garrett said.

They didn’t move immediately, though. First, they focused on paying off their more than $16,000 in credit card debt before the promotional rate ended.

Claudia, who was working part-time for a nonprofit organization, found a full-time job that paid twice as much. And she started a side gig to earn more money. She worked nights and weekends doing digital marketing for small businesses. That extra income helped them pay off their credit card debt by October 2015.

During that time, they also were setting aside money to buy a plot of land where they could build a tiny house. They paid $3,500 in cash for what they called the “cheapest plot of land that was buildable” — a 0.06-acre lot in an up-and-coming neighborhood.

They Got a Tiny Mortgage for a Tiny Home

The big house was on the market, but it hadn’t sold. They got a $55,000 mortgage in October 2015 for their 536-square-foot tiny house, and their debt grew to $240,352. The mortgage was an unconventional loan with a 6.5 percent interest rate, so the Penningtons’ plan was to pay it off as fast as possible, Claudia said.

How Downsizing to a Tiny House Helped Them Eliminate Debt

Before people move into tiny homes they typically have to downsize — a lot. Claudia and Garrett sold and gave away a lot of their belongings. The hundreds of dollars they made went toward paying off debt, Claudia said.

They also started closing off rooms they weren’t using in their big house to prepare themselves for living in a smaller space. By the time they moved, Garrett said, “We didn’t feel like we sacrificed anything.” But they gained a lot.

They Sold Their Big House and Never Looked Back

Moving to a tiny house helped the Penningtons dramatically reduce their monthly expenses and free up more room in their budget for debt repayment. For starters, the mortgage for their tiny house was half that of their big house mortgage — as was their property tax bill, Claudia said. And utilities were about one-third lower.

Once their big house sold in May 2016, they could put even more money toward their debt each month.

The Penningtons cut other expenses, too, because they changed their mindsets about money. Before starting their journey to get out of debt, they were spending about $15,000 a year on food from restaurants and the supermarket. They stopped eating out so often to cut that big expense out of their monthly budget.

They also cut their transportation costs. The Penningtons had three cars — two of which were leased. When the leases ended, they got rid of those two cars and went down to one, Garrett said.

Explore: The Secret Costs to Owning a Tiny Home

They Used Side Hustles to Eliminate Student Debt

In addition to lower costs, downsizing gave the Penningtons something that helped them tackle their debt quickly. “It also gave us a lot more time because we weren’t cleaning rooms we weren’t using,” Claudia said.

And they didn’t have to spend nearly as much time on yard work on the small lot for the tiny house. “That gave us more time to put toward our side hustle,” Claudia said. Rather than spend time taking care of a big house, they could use their time to make more money to get out of debt faster.

First, Claudia launched a business training others in digital marketing. Next, she started a digital marketing agency for manufacturers. With her extra income and Garrett’s commissions from his sales job, they were putting 80 percent of their pay toward their debt some months, Claudia said.

By November 2016, they paid off the mortgage on their tiny house. Claudia and Garrett then focused on the remaining $24,000 balance on their student loans.

They paid it off in just five months and were officially debt free in March 2017. It felt like the best day ever, Claudia said.

They’re Done With Debt and On to New Goals

Now that the Penningtons are debt-free, they’re on the path to living the life they really want. Before, they were contributing only enough to their 401k plans to get their employers’ full matching contribution. Garrett's new plan is to contribute the maximum to a 401k at his work. And as a self-employed business owner, Claudia funds a SEP IRA.

The couple can afford to travel more now, too. When they were in debt, they couldn’t afford to go where they wanted, Claudia said. They hope to turn their tiny house into a rental property so they can be location independent and travel full-time. It’s part of their plan to reach financial independence by May 2019.

“That is a very lofty goal,” Claudia said. “I thought debt freedom was going to be a lofty goal. This is a lot harder.” Hard, but certainly doable for this couple that used tiny living to pay more than $200,000 in debt in just two years.

Next Up: 10 Reasons You Should Retire to a Tiny House 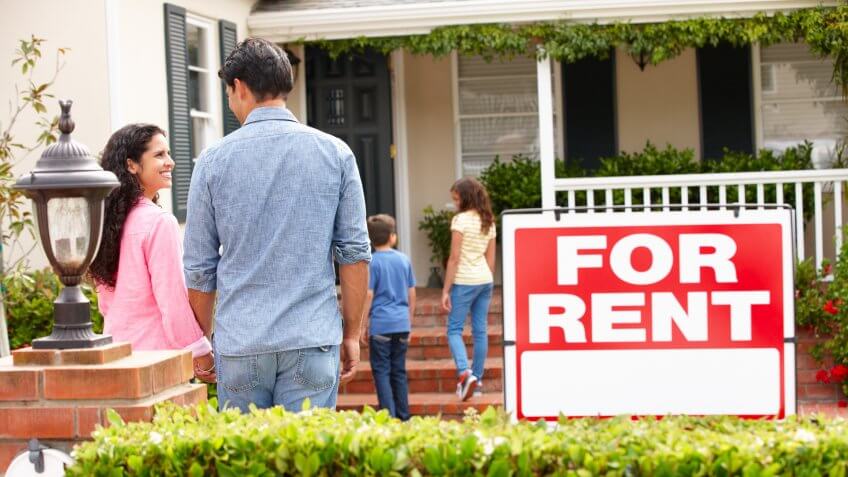 Expenses Your Landlord Should Be Covering

Know your tenant rights when it comes to who pays for what.