Uber is a platform that connects riders and drivers to coordinate rides, similar to a taxi cab company. Unlike a taxi company, however, Uber allows you to use your smartphone when you need a ride. Uber determines the price of each ride on the type of car and the time and distance of the trip. But it also adds a premium charge when rides are in high demand, known as surge pricing. For example, a surge multiplier of 2.0 means your ride will cost twice as much as it normally would. Uber makes its money by taking a commission on each trip, officially 25 percent, and also makes money with booking charges.

Before you start using or driving for Uber, make sure you know how it works so you don’t get overcharged for your Uber ride.

How to Use Uber to Get a Ride

Before you can ride with Uber, sign up and download the smartphone app. To sign up for the app, you’ll need to provide the following personal information:

Then, when you need a ride, just log in to the app and request a ride. When a nearby driver accepts your ride request, you’ll get a notification on the app with your driver’s picture and vehicle details. And, you can see where the car is on a live map and watch it approach your location.

Once you reach your destination, your fare is automatically calculated and paid for with your credit or debit card or other payment methods you specify in the app. Some cities allow you to pay in cash, but you have to select that option in advance. After you finish a trip, you’ll be asked to rate your driver. Keep in mind that your driver is also able to rate you. If you have poor ratings, drivers might ignore your ride requests in the future.

How to Work as an Uber Driver

If you’re looking to make some extra money, you might want to drive for Uber. To qualify, you need to be over 21, have a valid driver’s license and insurance, have at least one year of driving experience in the U.S. or three years if you’re under 23, and have an eligible four-door car. Different cities have different additional requirements for your car. For example, in Kansas City, your car must be no older than a 2002 model and have no cosmetic damage or commercial branding.

You can work as much or as little as you want with Uber. When you want to drive, just turn on the app and when you’re done, turn it off. After Uber takes its cut of each ride, drivers keep the remainder of the payment on each trip. As an independent contractor, you are responsible for paying estimated taxes. And, you won’t receive any benefits, like insurance or vacation time.

Get Started: 11 Things You Must Know Before Driving for Uber or Lyft

Uber’s success has spawned a number of ride-sharing app competitors, both in the U.S. and around the world. For example, Lyft has a similar model as Uber and is fighting for market share. Smaller companies, like Juno, also provide competition. Juno’s pitch is being friendlier to drivers by offering benefits like insurance and paid leave, as well as stock in the company.

Up Next: Can These Companies Really Be the Next Uber?

While Uber is best known for giving rides, Uber has expanded its offerings to also include deliveries. Businesses can sign up to have Uber drivers make deliveries for a fee. In addition, Uber is pushing the limits of self-driving vehicles. After a spat with California authorities, Uber launched a self-driving fleet of cars in Arizona in February 2017.

Read: 30 Legitimate Ways to Make Some Quick Cash This Year 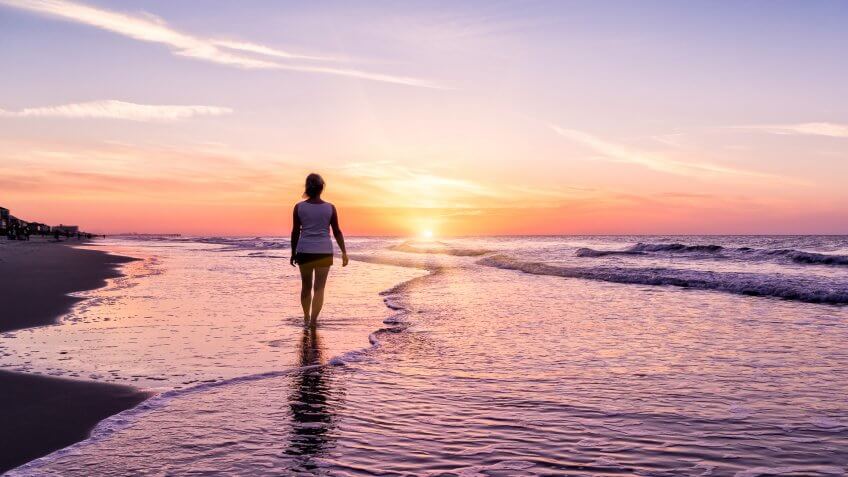 Budget-Friendly Getaways That Are Perfect for Solo Travel

Traveling alone? Choose one of these affordable solo vacations.